Walking with friends, listening to music, raising money for charity, and enjoying stunning scenery and warm sunshine… it doesn’t get much better than that! Yesterday we took part in a 12 mile hike from Zip World in Bethesda, up the Nant Ffrancon valley to Cwm Idwal in the heart of Snowdonia, raising money for Love Hope Strength. 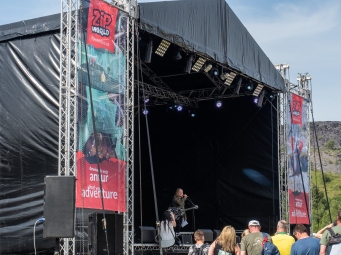 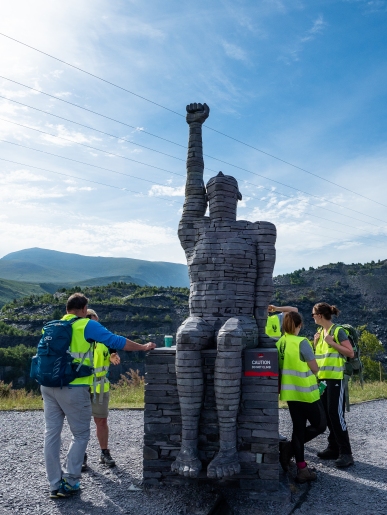 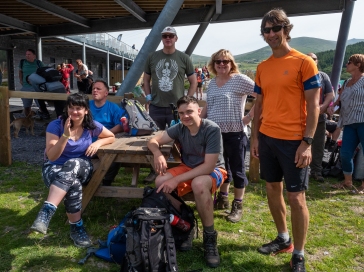 The Love Hope Strength Foundation was started about 11 years ago by Mike Peters from The Alarm after he was treated for cancer at our local hospital, Glan Clwyd.  The charity aims to raise money to help people with cancer, and to encourage people to join organ and bone marrow registers. During Mike’s treatment for leukaemia, he made a pledge to climb Snowdon as soon as he recovered enough, which led to Snowdon Rocks. This was a trek up Snowdon, with Mike playing music at various points on the ascent, and participants raising money for the charity.

After successfully running Snowdon Rocks for 10 years, Mike, his wife Jules, and their team took the decision to move the event because Snowdon has got so busy and the number of people taking part in this event and others is having a huge adverse impact on the environment. Snowdon Rocks has now moved to the Nant Ffrancon valley as Snowdonia Rocks. Zip World supported the event and also hosted a mini festival in the evening, Zip World Rocks, which was headlined by Slade. 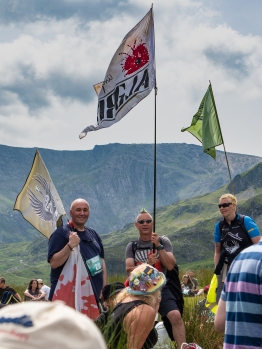 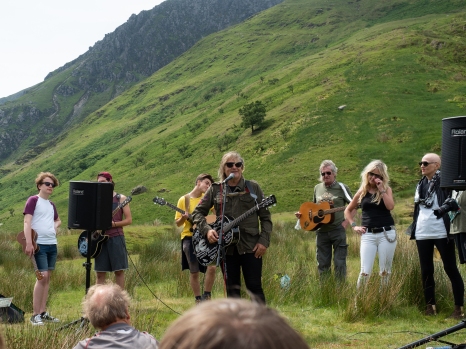 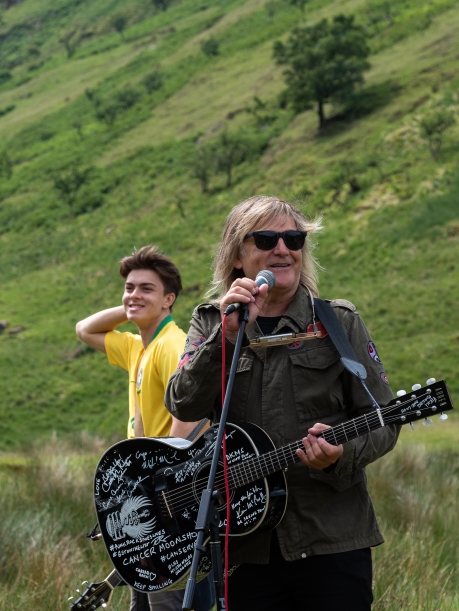 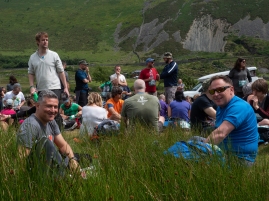 Snowdonia Rocks was billed as being a family friendly, inclusive day with music, walking, opportunities to take in some of the wonders of Snowdonia, and a chance to reflect, remember and celebrate friends and family affected by cancer and other life changing and life limiting illnesses. It definitely achieved all that. As well as young children and senior citizens, there were people taking part who are currently undergoing treatment for cancer, including our friend Dan, who we walked with for much of the day. Dan had had a dose of arsenic to treat his leukaemia the previous day and struggled with aching joints for much of the walk. I’m proud of him for finishing.

Mike stopped at a couple of points on the way up to Cwm Idwal. He and others played music while we ate, and Mike gave some beautiful speeches about the event and the charity, and thanking a long list of supporters and the NHS. It brought tears to my eyes, thinking what Dan and his family are going through, about Cath who recently died from a brain tumour, and my dad who previously had prostate cancer and now has myeloma. So many people experience this awful disease and we never know whose turn it will be next. Thankfully, treatments are improving and many people survive cancer, as Mike and his wife Jules, who has had breast cancer, show. Dan and my dad are doing well too. 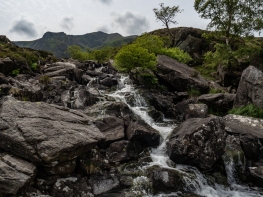 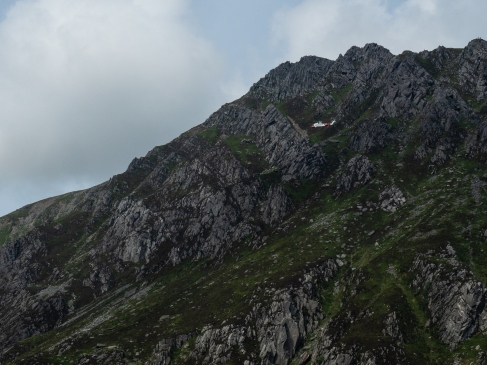 In the evening, during the concert, John and I signed up for the bone marrow register. I’ve been meaning to do this for ages, since I started following Mike’s story. It’s rather scary that I may one day have to undergo a procedure to harvest my bone marrow, but wouldn’t it be amazing to save someone’s life?! 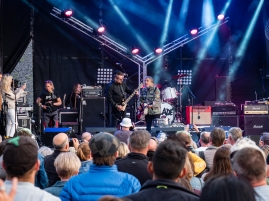 As well as the actual event, the day had lots of more mundane pleasures:

All in all it was a brilliant day that made me grateful for my life… particularly, my health, and my friends and family.