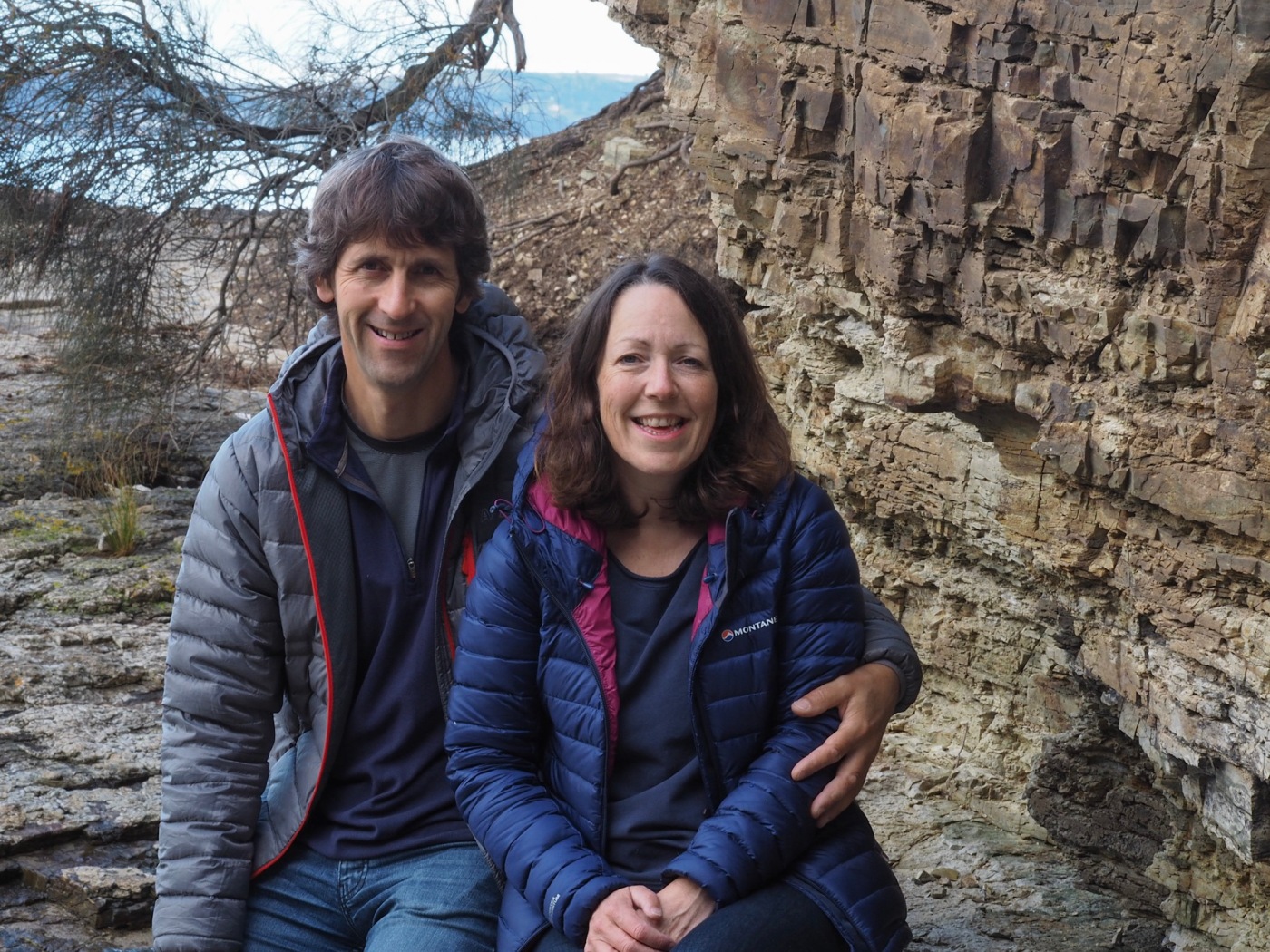 Jetlag sucks! I was feeling very sorry for myself today, and a bit grumpy, because I was wide awake from 1.00, while John managed to stay in bed until about 7.30! Because of this, we decided to stay locally, and not do anything very taxing. A walk to Snug Waterfalls in the morning and another to Fossil Cove in the afternoon worked out well.

The trail to Snug Falls is only about 2 kilometres long, on a path winding downhill through forest to a fern lined gully. The pretty waterfall is about 25 metres high, and framed by the cliff, a fallen log and the forest. I played around with some long exposure shots, thinking I was using a polariser. However, I later realised it was a dark filter and I’m not entirely happy with the images because I’ve lost the detail in the waterfall. I don’t think my brain’s working today because I’m so tired… the difference between a polariser and filter is obvious! Oh well! 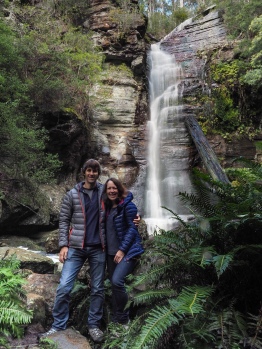 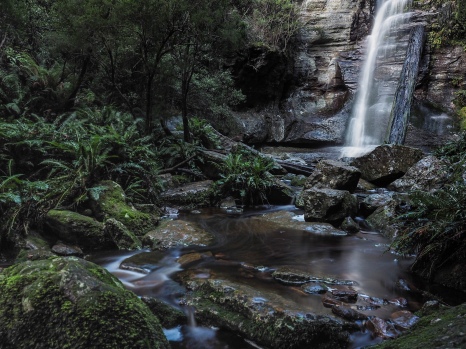 On the way to Fossil Cove we stopped in Blackman’s Bay for lunch… not a very politically correct name, but a beautiful place. Lunch was good too 🙂 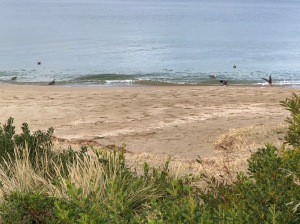 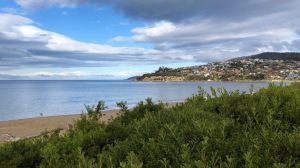 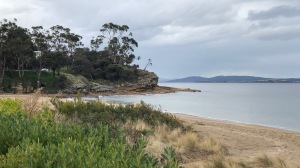 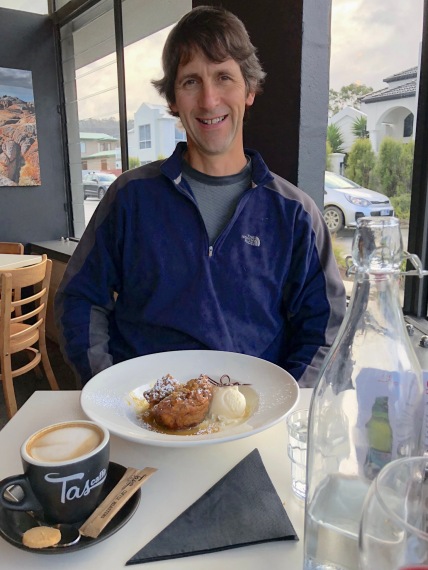 After this, we drove the short distance to Fossil Cove, which was then a 15 minute walk along a steep track down some steps through trees. 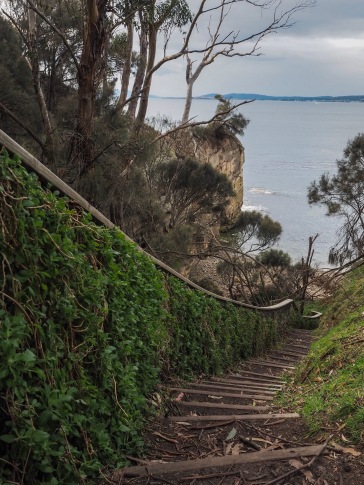 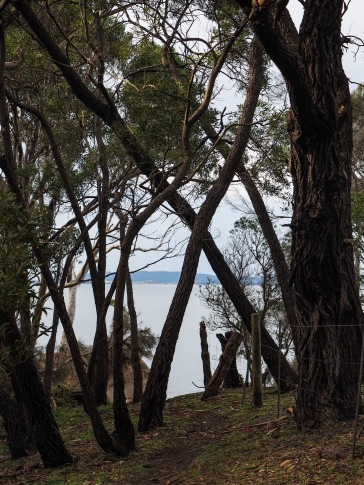 It’s a beautiful little bay with a large rock archway on one side, and wave platforms covered with fossils on the other. 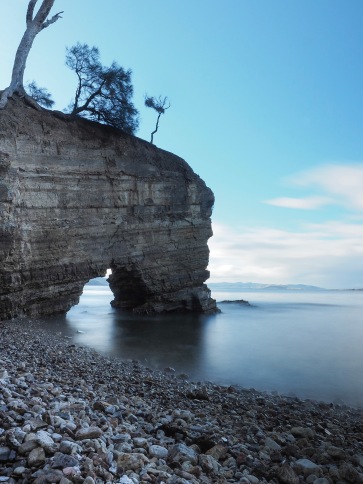 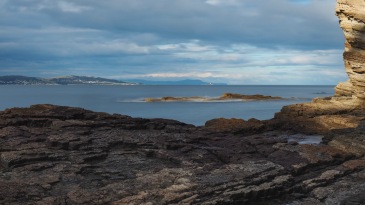 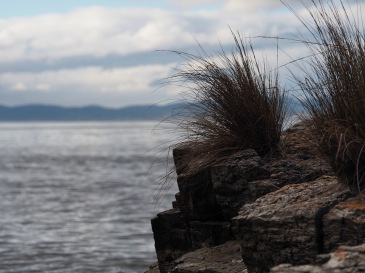 After trying some long exposures, with the polariser and a relatively light filter, I put my macro lens on and took some close up shots. The ones below show one of the fossils in the wave platform, a collection of various pretty seaweeds, and a tatty old sea urchin. 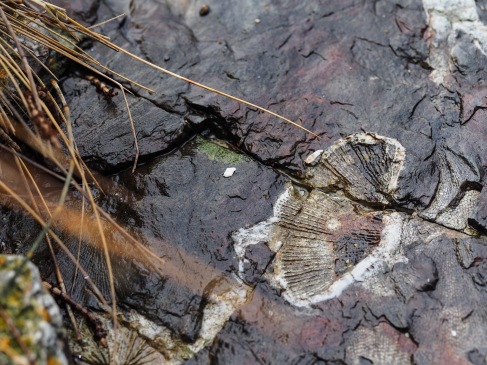 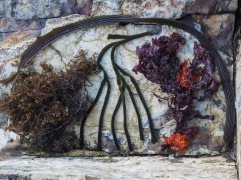 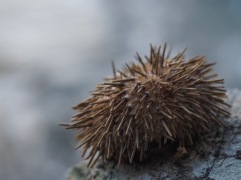 The beach was absolutely covered in shells. While he was waiting for me, John collected lots of pretty intact shells, even hanging some in the trees… a trend which had already begun. Some of the shells were lovely colours. I particularly like the turquoise blue one. 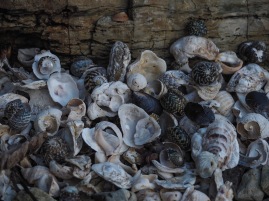 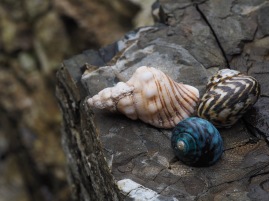 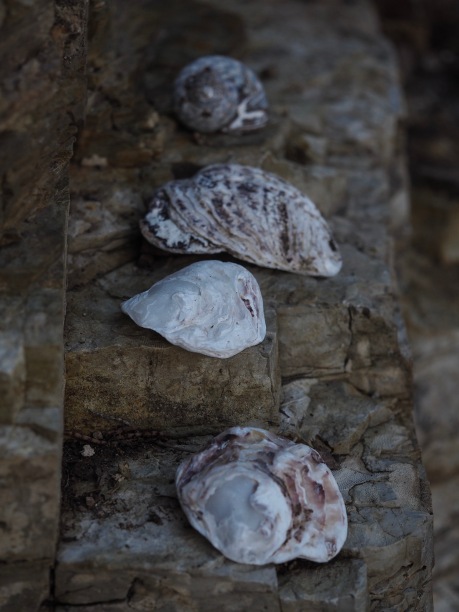 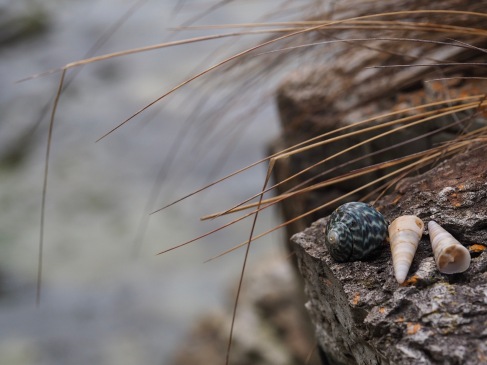 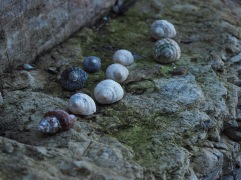 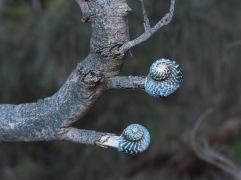 All in all, it was a relaxing day, which was exactly what I needed. I loved the beach. the sound of the waves was very soothing and I could happily have stayed longer. It gets dark quite early in Tasmania at the moment though, so we decided to head back.

We’re planning to visit a wildlife sanctuary tomorrow to learn more about the species that are native to Tasmania, particularly those which are endangered. This has reminded me that I haven’t mentioned the wildlife sightings for today. I was disappointed not to see pink robins, which I read live in the forest by the falls, but we have seen Bennett’s wallabies, a possum, several roadrunners and lots of colourful birds. No photos though… they moved too fast! I’m hoping they’ll be easier to photograph at the wildlife sanctuary tomorrow. I also plan to go out at dusk one evening, to see pademelons (the marsupials we saw yesterday) and quolls (spotty, carnivorous marsupials), which Richard and Rachel have on their land. However, now I need to go to bed. Fingers crossed for a decent night’s sleep!

One thought on “Falls and fossils”