It was the last day of our Tour du Mont Blanc trek today. Unfortunately, Mark wasn’t able to do it because the general hospital advised him to visit the specialist centre to have his hand checked. However, he was feeling and looking much better, so Anne was persuaded to finish the hike. She, Rob and Ben chose to do the lower level route, while John and I did the high level variant over the Fenetre d’Arpette. We’ve tried to do this route 3 times before (twice on our last TMB trip and once before this one) but the weather was poor, so we were pleased to be able to attempt it today. 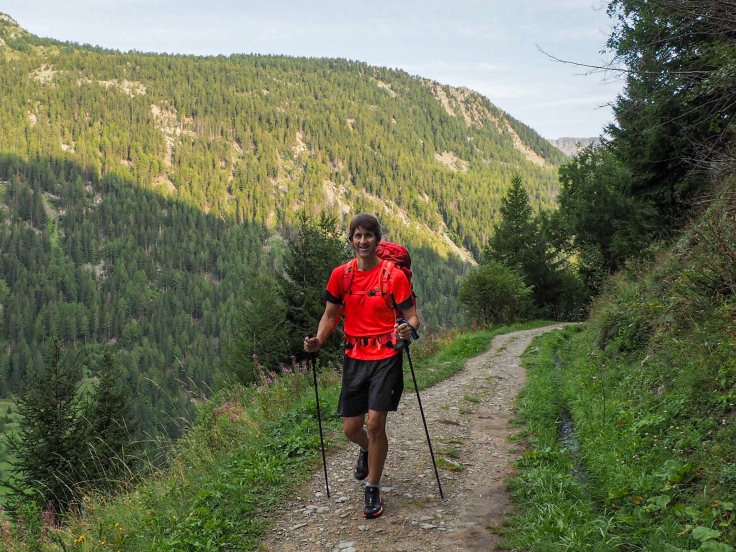 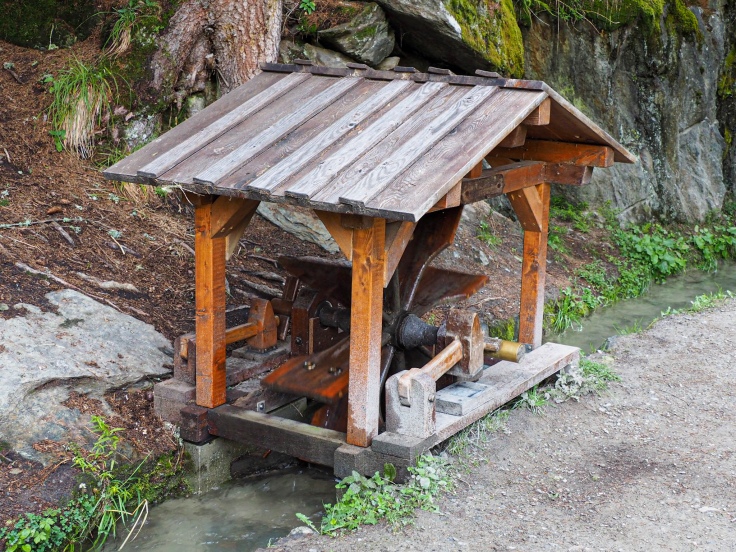 After an early breakfast we set off from the auberge for the 1350 metre climb up to the col, which is the highest point on TMB, 2665 metres. The path was fairly gentle at first and we followed a lovely irrigation channel, with the water bubbling along next to us. 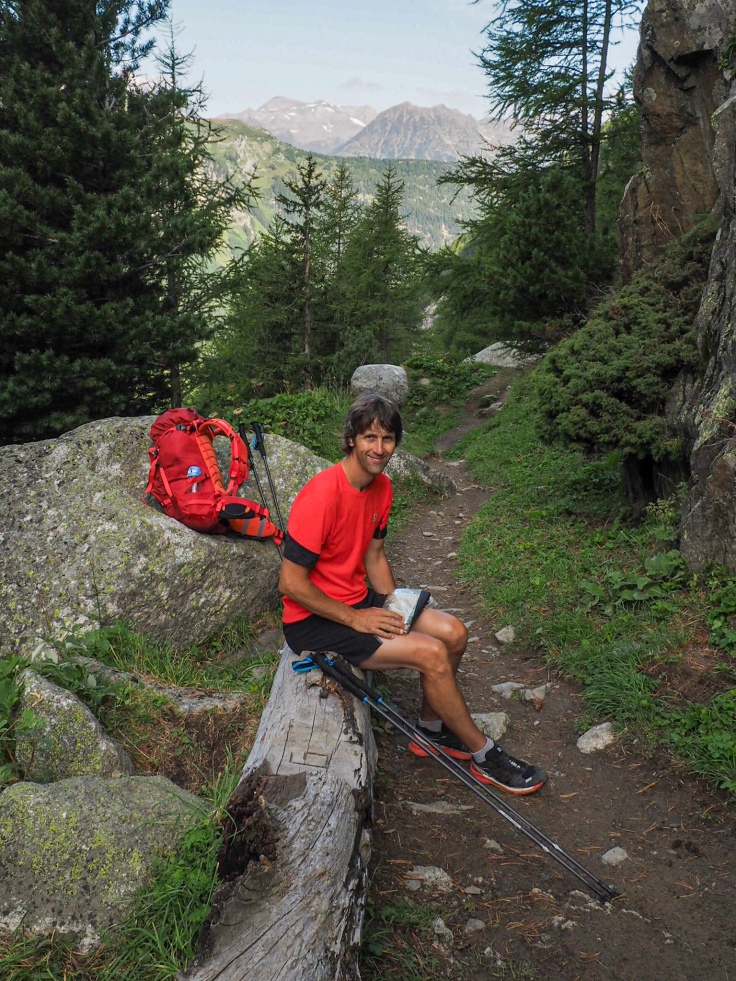 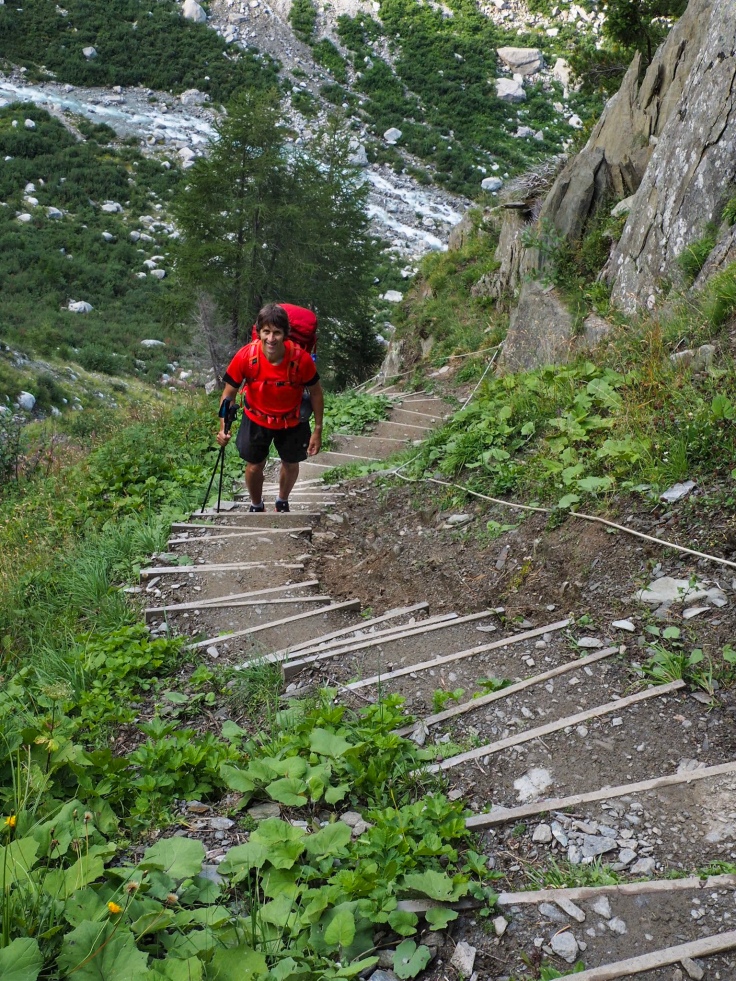 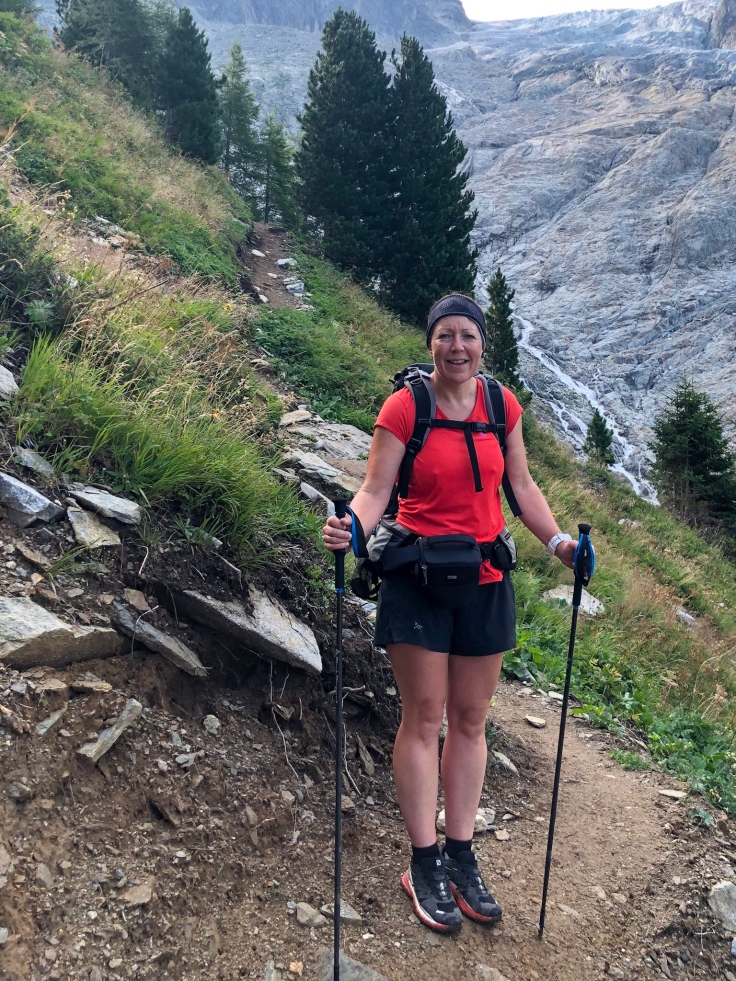 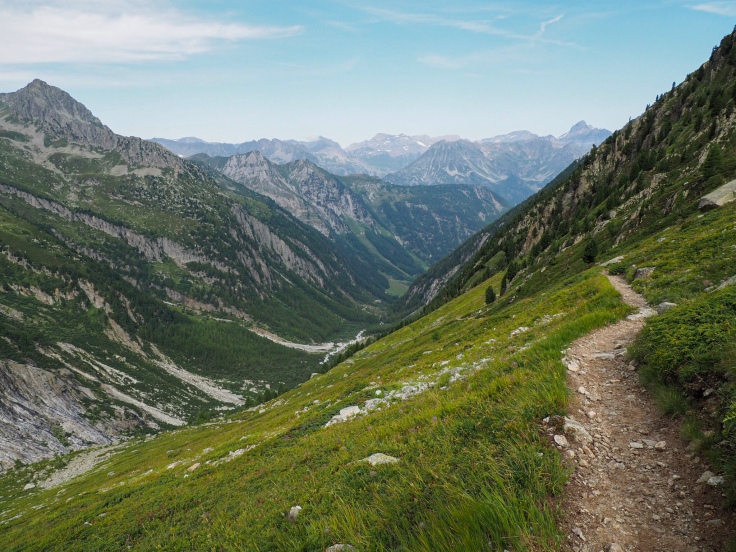 After about an hour, we turned up a glacial valley with the Trient glacier in the distance, and the path became steeper and rockier, and gradually more and more difficult. The climb to the top took another 3 hours over glacial moraine, up steep steps and rubble, and through boulder fields. Tough, but at least there was some cloud in the sky so it wasn’t too hot. 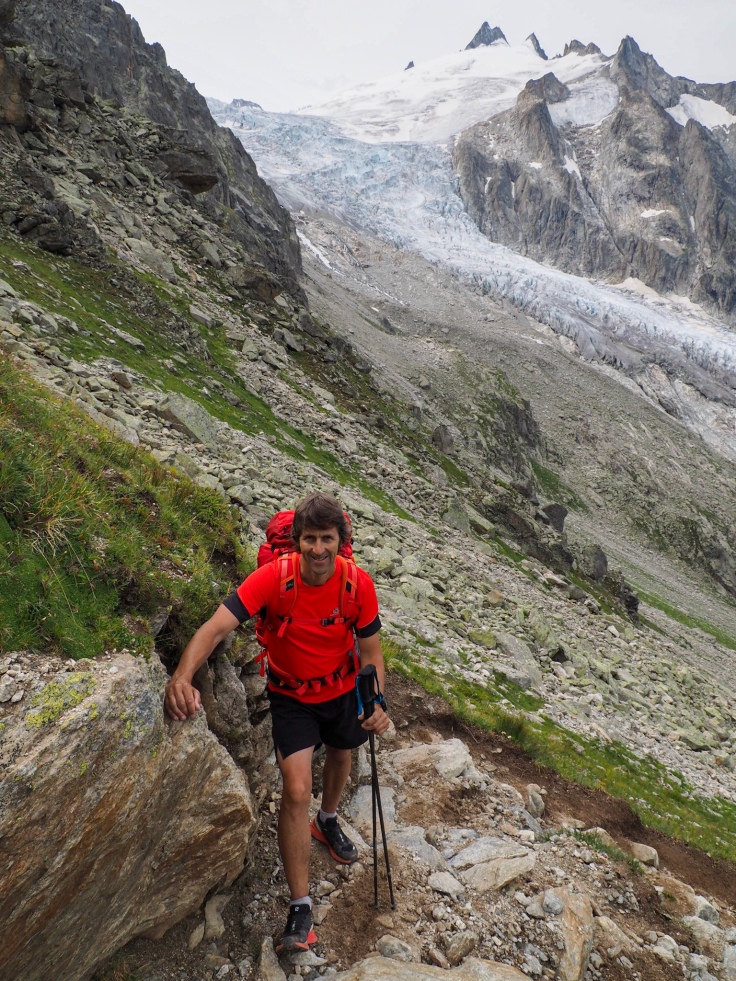 After taking in the stunning views at the top, we made our way down the other side towards Champex Lac, where we began TMB. In my head, we’d already completed it but the toughest bit of the trek was still to come. The boulder fields on the descent were even bigger than on the climb and we had to keep scrambling through and over them, using our hands and sliding on our bottoms. I found this really difficult with my big rucksack on, and with tired legs from the long ascent. John found this a struggle too, which made me feel better! As always, he looked after me and kept my spirits up. 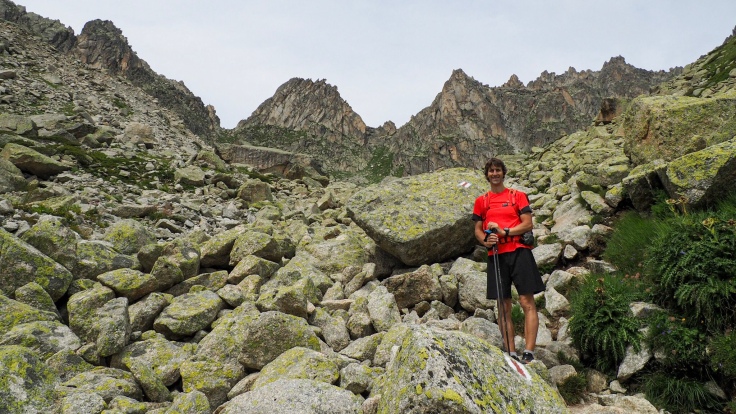 Finally, after another 2 and a half hours, we left the rocky path and trudged along a track to a refuge where we had cold beer and ice creams. Perfect! 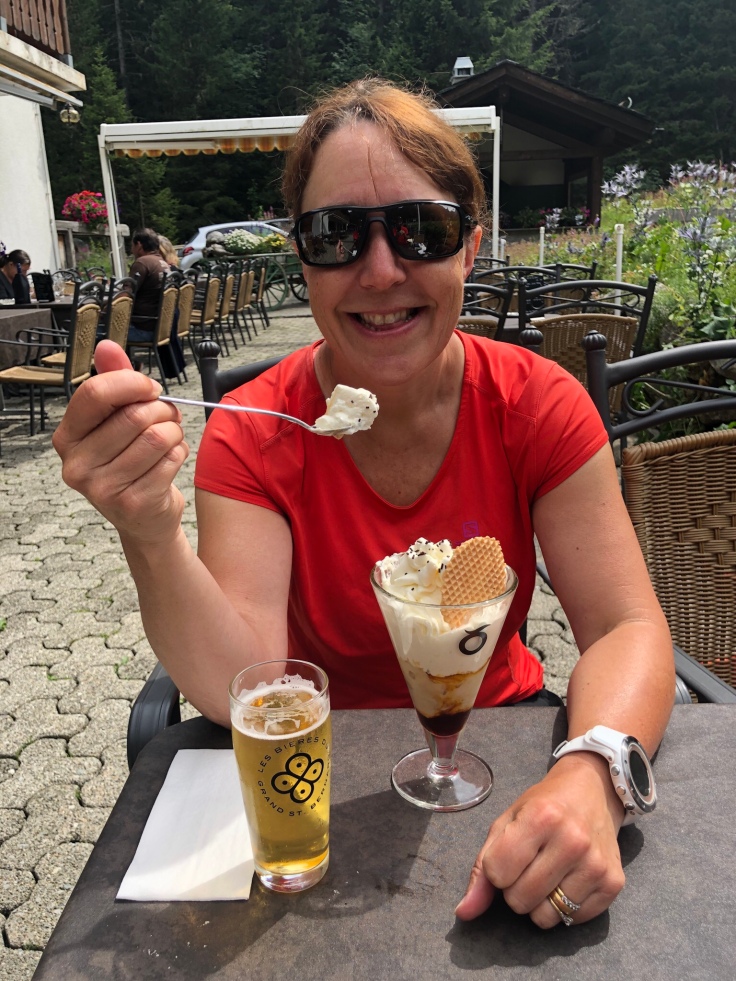 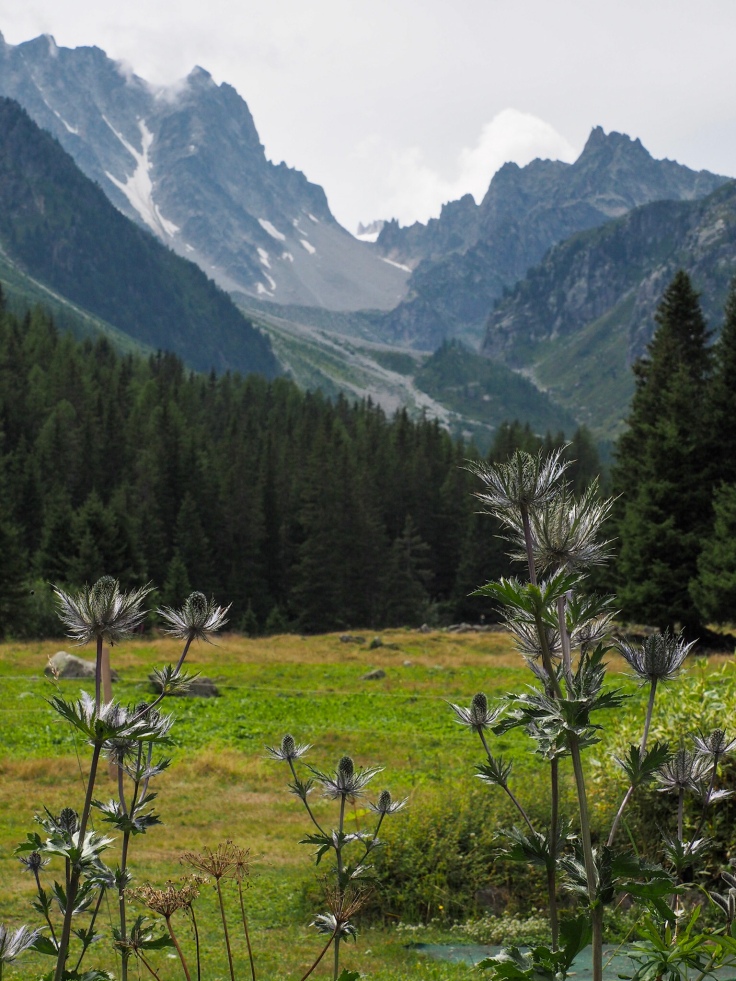 From the refuge, it was just 30 minutes along a pretty irrigation stream to Champex Lac. We did it!

After a celebratory beer, we caught the bus back to Orsieres where the others were all waiting, with yet another cold beer. In the evening, we celebrated Anne’s birthday and the end of TMB with champagne, cake and candles, and dinner in the hotel restaurant, accompanied by a singer. Although we’ve enjoyed the trek, I think we’re all happy it’s over. It’s been a challenge!