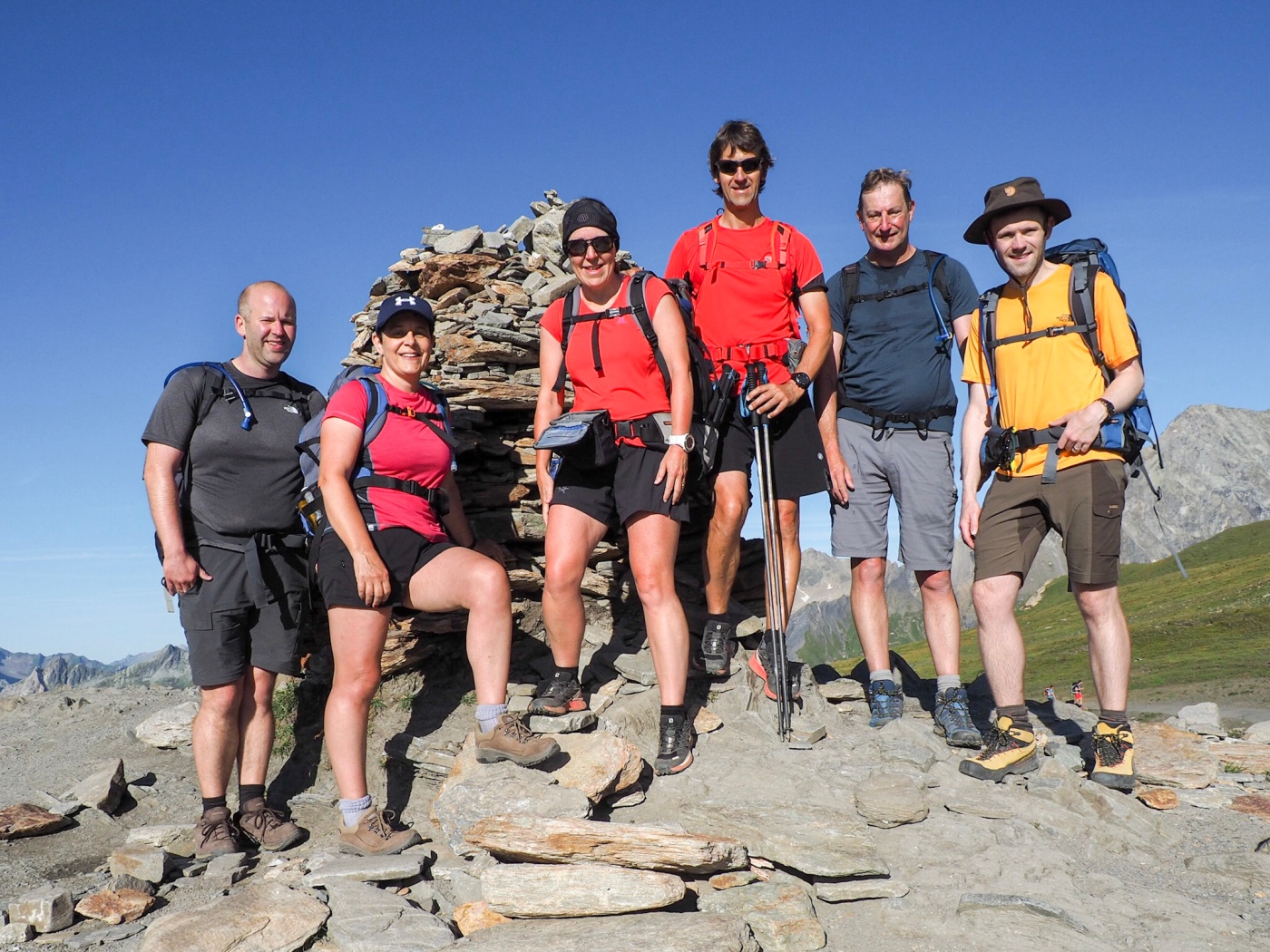 After a beautiful sunrise and another early start from the refuge, we were treated to lots of marmots and their young close to the path. They’re so cute!

The path wound its way up the valley getting higher and higher until we reached Col de La Seine and the Italian French border. On the way up, we had a drama when John and I ended up in the middle of a herd of cows. I was terrified and ended up sobbing! 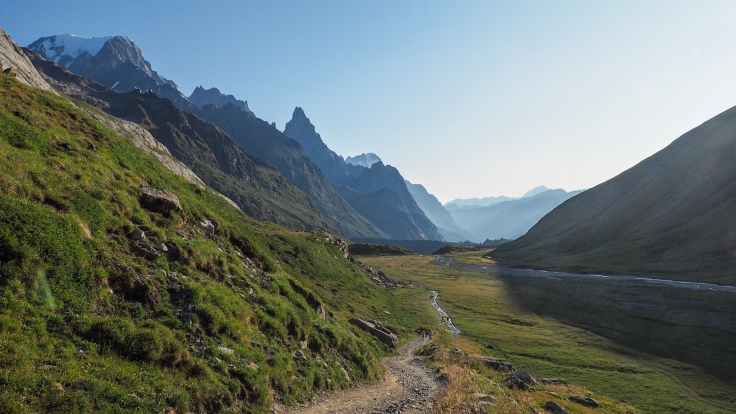 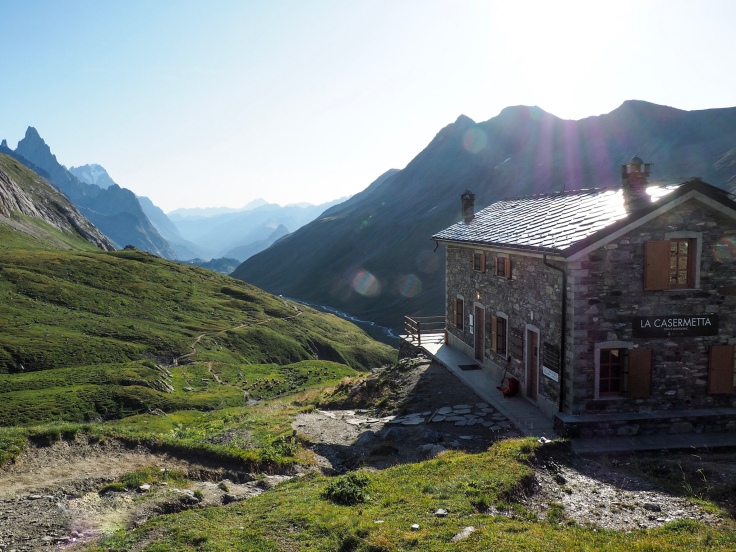 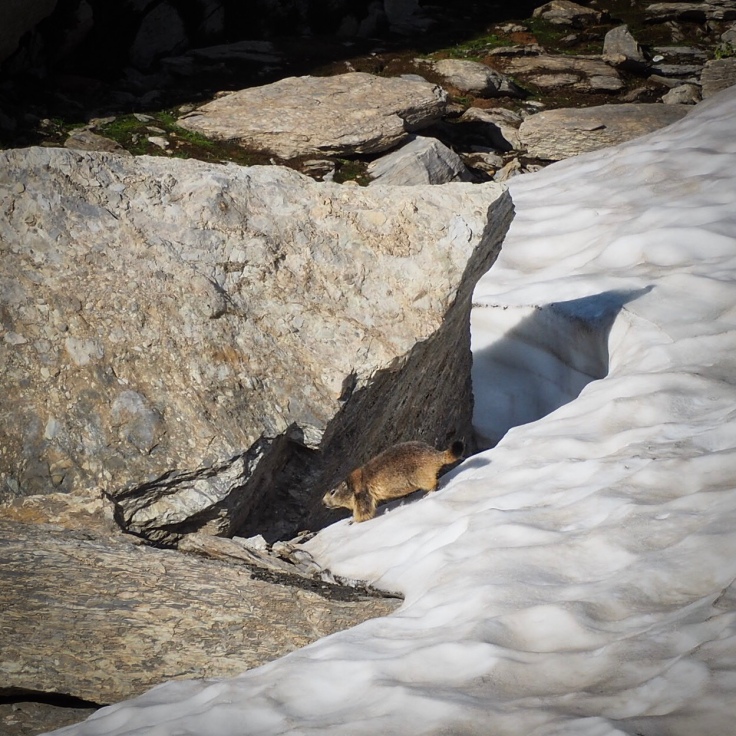 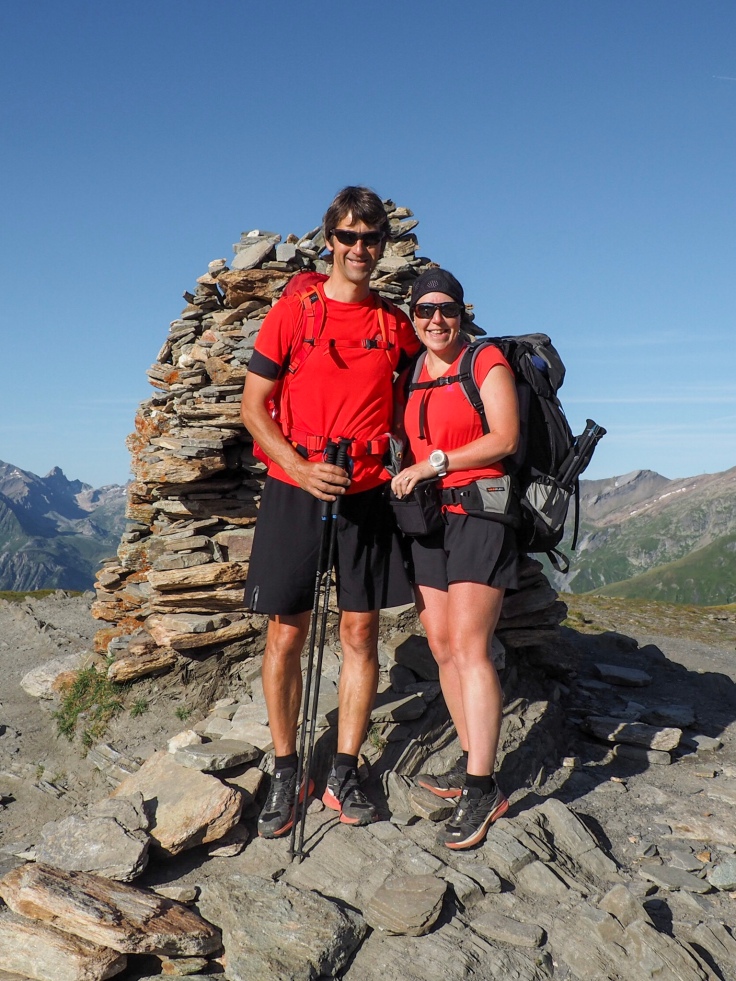 After the col, it was a long walk downhill to Refuge des Mottets where we had a coffee and snacks. We then carried on further down the valley and at a bridge we left the others. They were doing the standard route and John and I did the variant high route over Col des Fours. 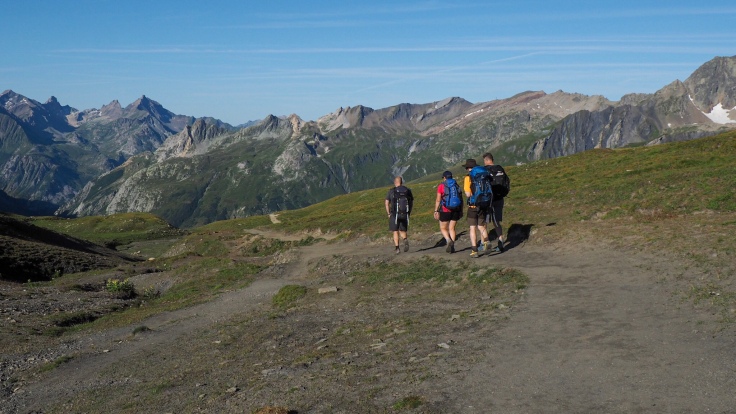 This was a tough, steep 700m climb in full sun. I seemed to be stopping every 10 metres! After about 3 hours we made it. This was the first col we’d visited where it wasn’t freezing and blowing a gale. 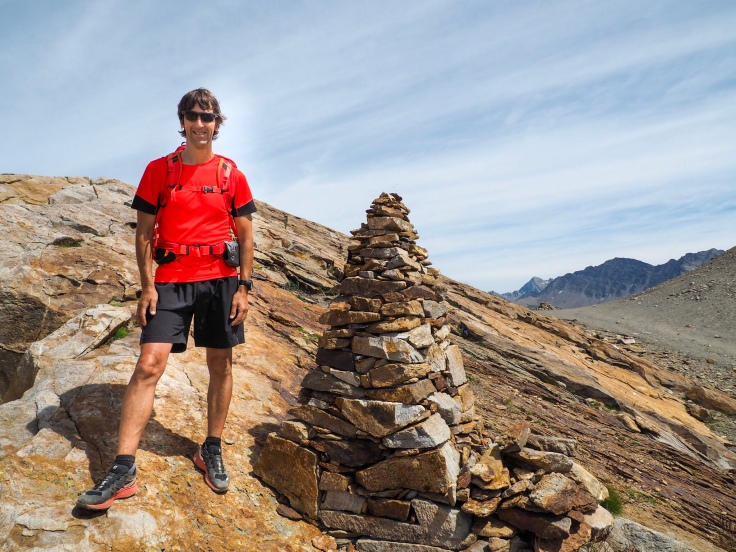 I sat in the sun with the packs and took some photos while John popped up to a viewpoint on a nearby mountain top. 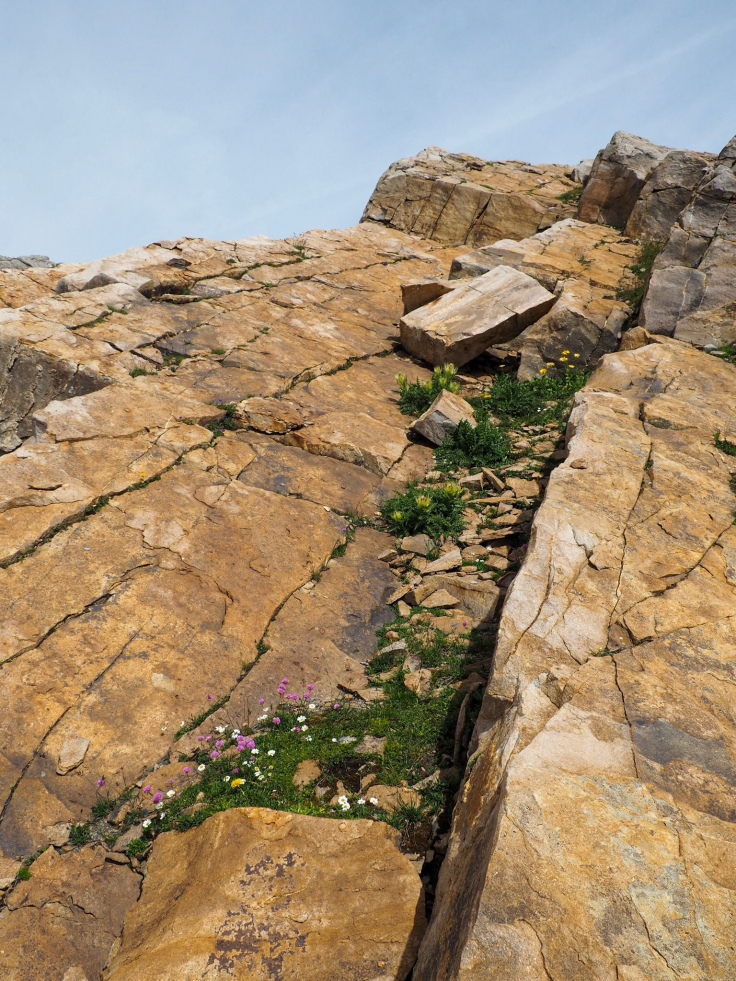 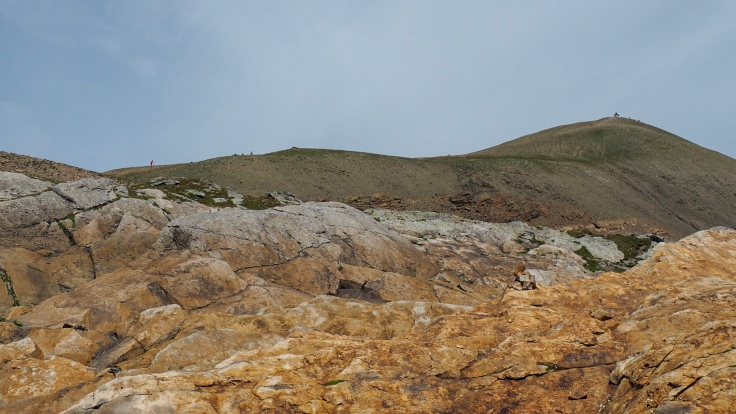 We finished the day’s hike with a 40 minute walk past another col to the refuge where we were soon joined by the others for beers in the sun. 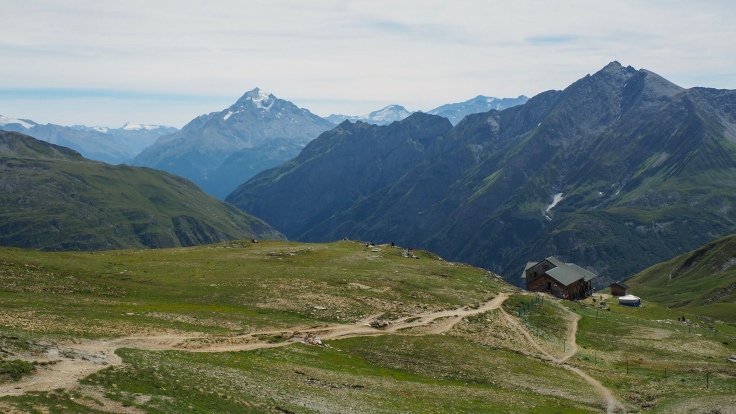 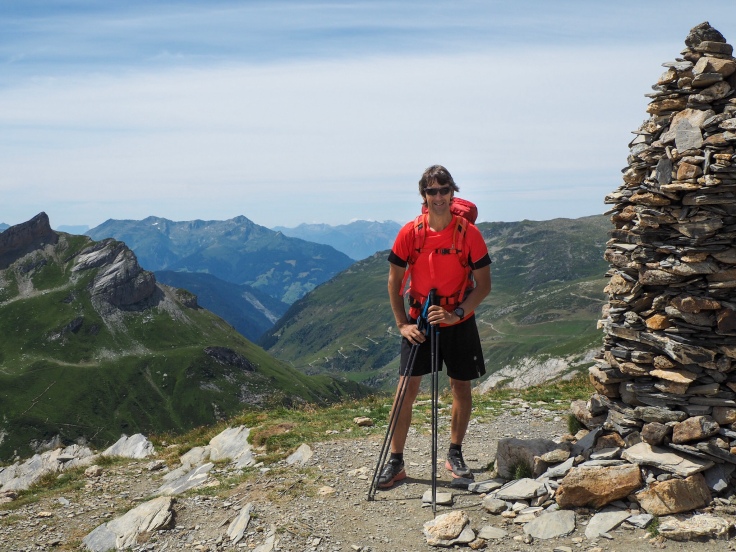 It was entertaining queuing for the showers with lots of banter going on in the queues and, at dinner time we had some dramas around flies in the refuge… I was told off when we moved table to where it was cooler and there were fewer! 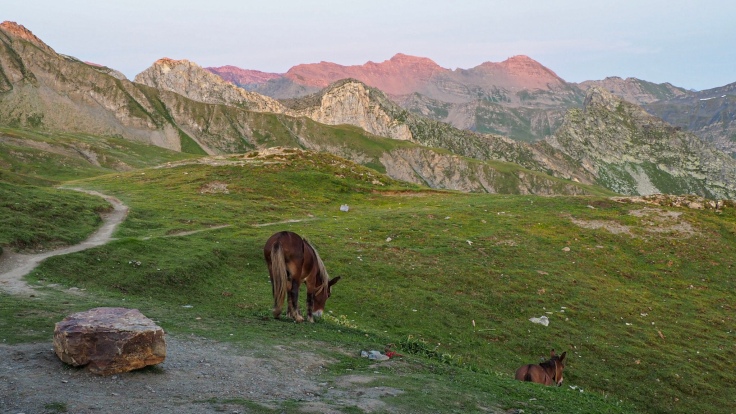 Later, around sunset, lots of ibex came near to the refuge, which was fantastic. We also had some fun learning to play Uno.