Today is Anne’s birthday. It’s been an eventful one! We woke to a brighter day, with no rain, although the wind was rather cold this morning. After breakfast we headed up through the forest to the high point of today, the Aiguillettes des Posettes (2201 metres). 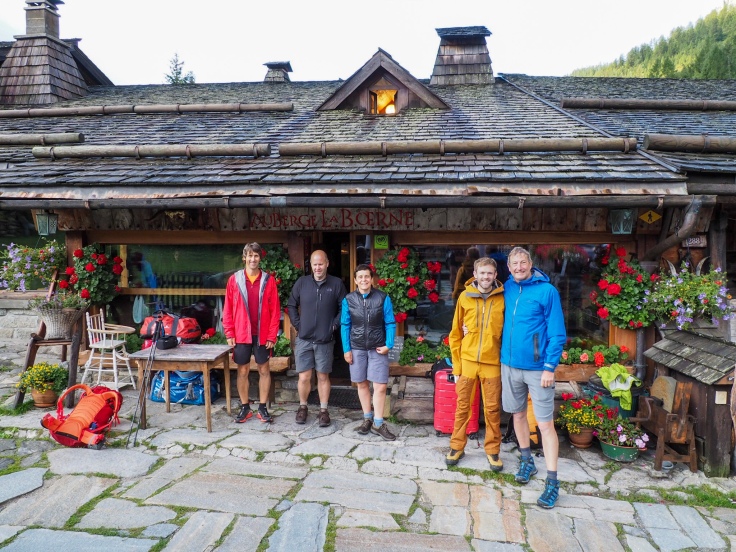 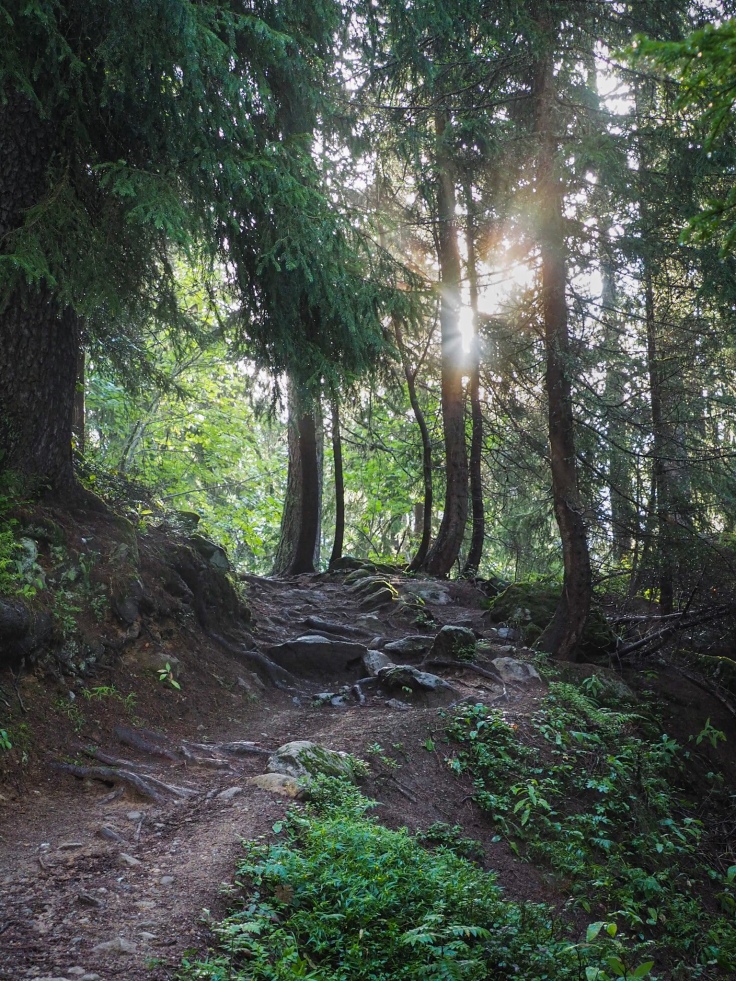 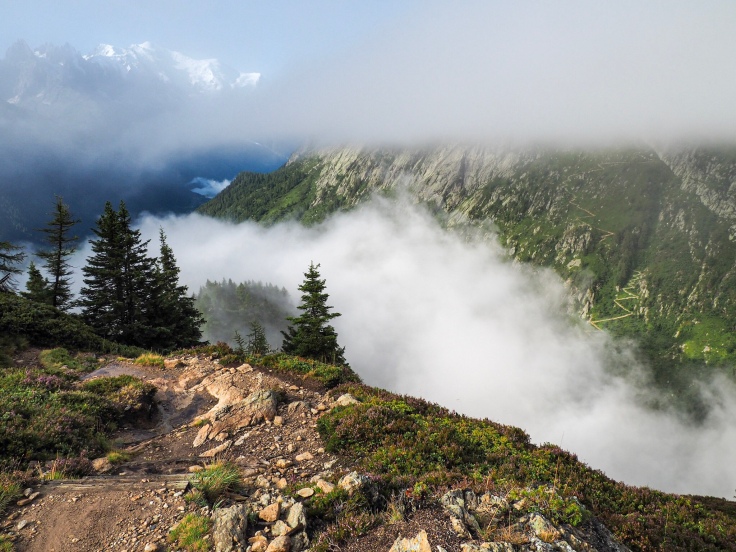 The landscape was stunning with bilberry and heather bushes covering the hills, fresh snow on the peaks, and cloud and mist swirling around the mountains and in the valleys. 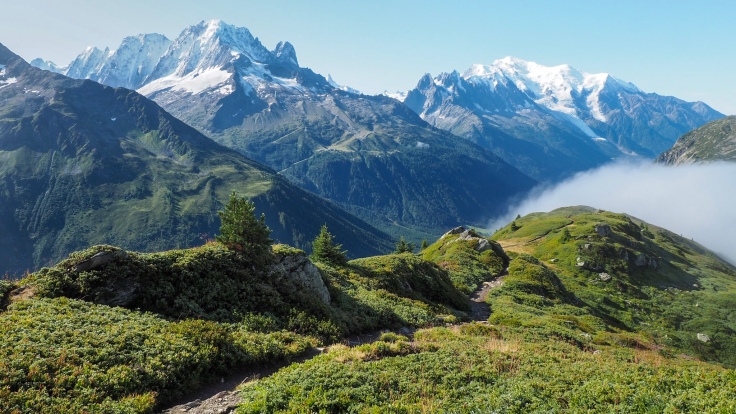 John and I were pleased to see our first Brocken spectres, with the sun projecting our shadows on to the mist in the valley, and halos around them. Fab! 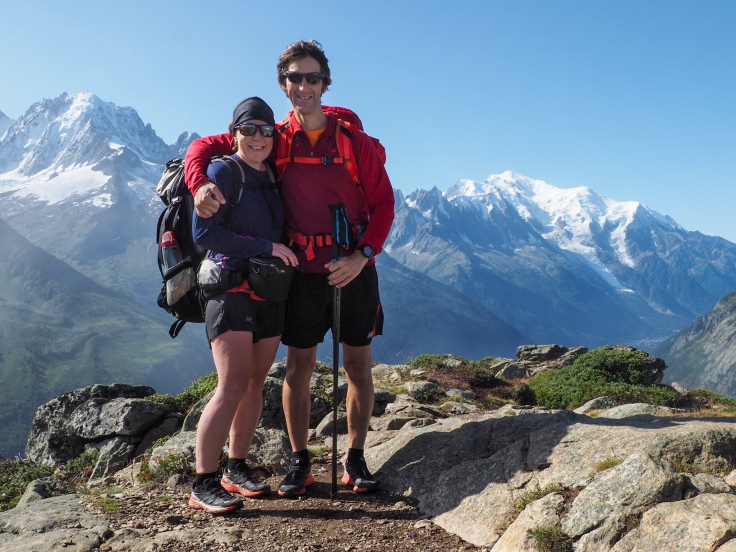 The others had left us behind early on because I’m the slowest walking uphill. John and I also stopped quite a few times to take photos and admire the view. As we descended, we could see the others in the distance and, after a while, we caught up with them. We found out that Mark had had a nasty fall and badly gashed his hand, needing hospital treatment. He bravely decided to walk up to Col de Balme and then down to Trient, before getting a taxi to Martigny. No mean feat, as this meant a 3-hour hike with painful, swollen fingers, smothered in a large bandage and held upright to reduce the bleeding. 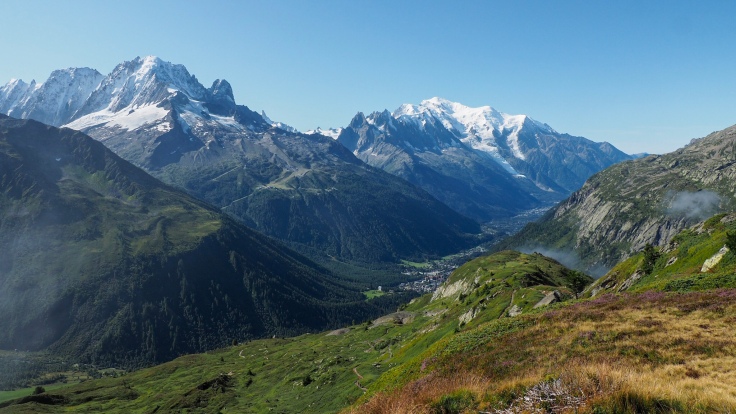 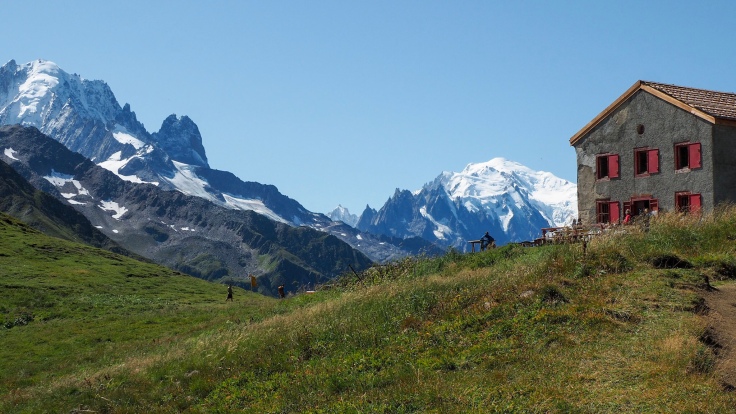 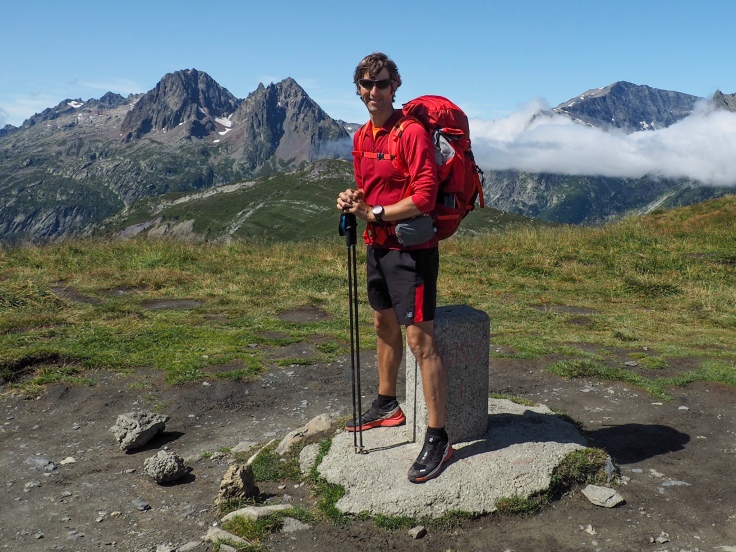 When we reached the refuge at the col, we stopped for a quick coffee and the guardian kindly arranged for a taxi to meet Mark In 2 hours at the auberge we’re staying at in Trient. Given the circumstances, the descent seemed long. That said, the views were beautiful. Finally, we reached the auberge and, half an hour later, the taxi arrived on time at 2 o’clock. 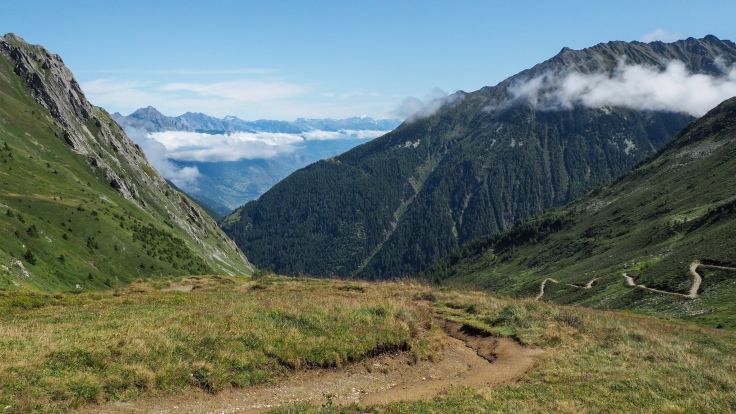 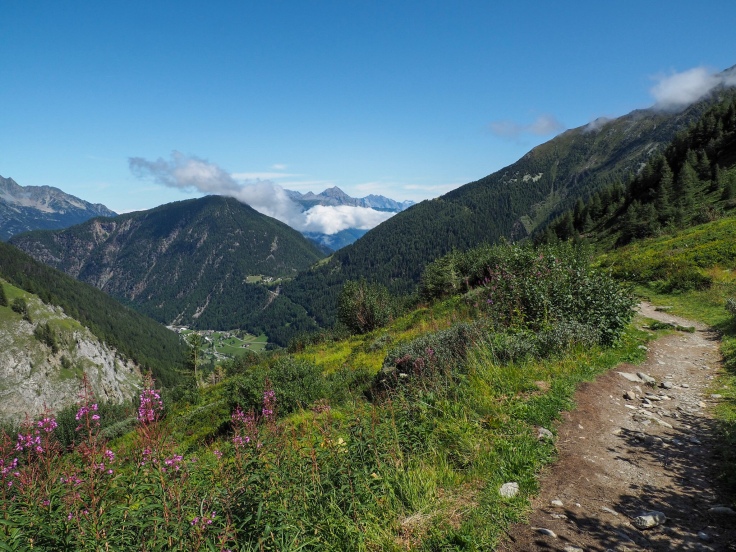 John, Rob and I have showered and are now having a drink at the auberge. Mark, Ben and Anne are still at the hospital, and are waiting for specialist advice about Mark’s hand. I hope it works out well and they’re back with us soon. Anne and Mark won’t forget her 2019 birthday! At least they have a private room tonight and don’t have to share with the rest of us.