Along with aperture and ISO, shutter speed is one of the ways to adjust the amount of light entering the camera… the exposure triangle.

I decided to have a go at photographing water droplets to illustrate shutter speed, particularly fast shutter speed. I set up a small bowl of milk under the tap because I read that milk showed the droplets  and splash effect better because it’s a bit denser than water. I used a sponge to drip water from the end of the tap into the milk because the flow of the tap itself was too fast. The camera was set up on the tripod with my 60mm macro lens on it. I used a shutter release cable so I could easily release the shutter as I made the drops using the sponge. I also used high burst shooting to capture several stages of the water dropping into the milk. I used autofocus to focus on the tip of a pencil pointing where the droplet would hit the water, then switched to manual focus to stop autofocus refocussing when the shutter was released.

The water ripples and droplets are quite crisp in these images because the fast shutter speed has frozen the movement of the water. I like the effect it gives. The final image looks like a Rolo chocolate and I’d like to eat it! For these 3 images, using the camera’s shutter setting, I set the shutter speed as high as possible, which was 1/4000 second with the largest aperture of f2.8 in order to let enough light into the camera. I had the ISO setting on auto and for some reason the camera chose 1000, which seemed high considering I was taking the photos by the window in bright light.

The water droplet and the ripples are quite soft in the 3 images below because the shutter speed wasn’t fast enough to freeze the motion completely. I don’t like the effect on the liquid as much as I do in the sharp images above. However, the background is less blurred than in the images above because the aperture used was smaller (larger f number) meaning the depth of field is deeper. The shutter speed was still quite fast at 1/250 second (but slower than for the images above), the aperture was f9.0 and the ISO was 640.

I also took some pictures when I was waiting at the train station in Manchester, to try out various shutter speeds. I adjusted the shutter speed from fast to slow and the aperture was adjusted accordingly for correct exposure. the first image is sharp and I probably like it best, although I do like the final image too, which shows the train on the right blurred as it picks up speed and moves out of the station, with the train on the left stationary and crisp. The people moving in the 2 central images are blurred because the shutter speeds weren’t fast enough to freeze them.

In the following 3 images, the containers on the passing freight train are progressively sharper as the shutter speed is increased.

Similarly, the next images were taken of my husband at the gym and in the pictures of him on the rowing machine, he is less blurred as I increased the shutter speed. In the one of him jumping off the wall, he is crisp because the shutter speed is very fast. For the pictures of him on the rower, because the light was poor inside, I had to increase the ISO to expose the images correctly at the faster shutter speeds. I forgot to reduce the ISO again when we went outside so the final image is a bit noisy.

Regarding creative effects in my photography, I have used slow shutter speeds to deliberately blur water, creating a pleasing effect; for example to blur waterfalls while keeping the rest of the image sharp. Slow shutter speeds are also useful at night when the shutter needs to be open longer for sufficient light to enter the camera; for example to take pictures of stars. I used a few strokes of a torch to light the hut in the image below and help it stand out. 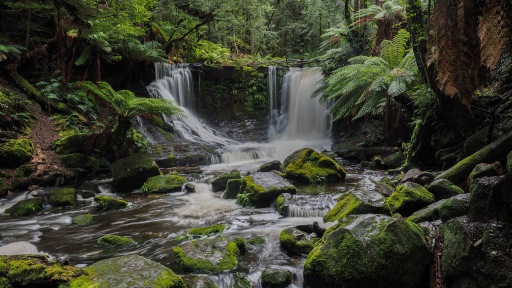 I have used fast shutter speeds to freeze movement and make sure the subject of the image is sharp; for example, water and animals. The wings of the bee in the image below are still blurred because the shutter speed wasn’t fast enough to freeze their movement, although it did freeze the movement of the bee’s body. I like the effect.