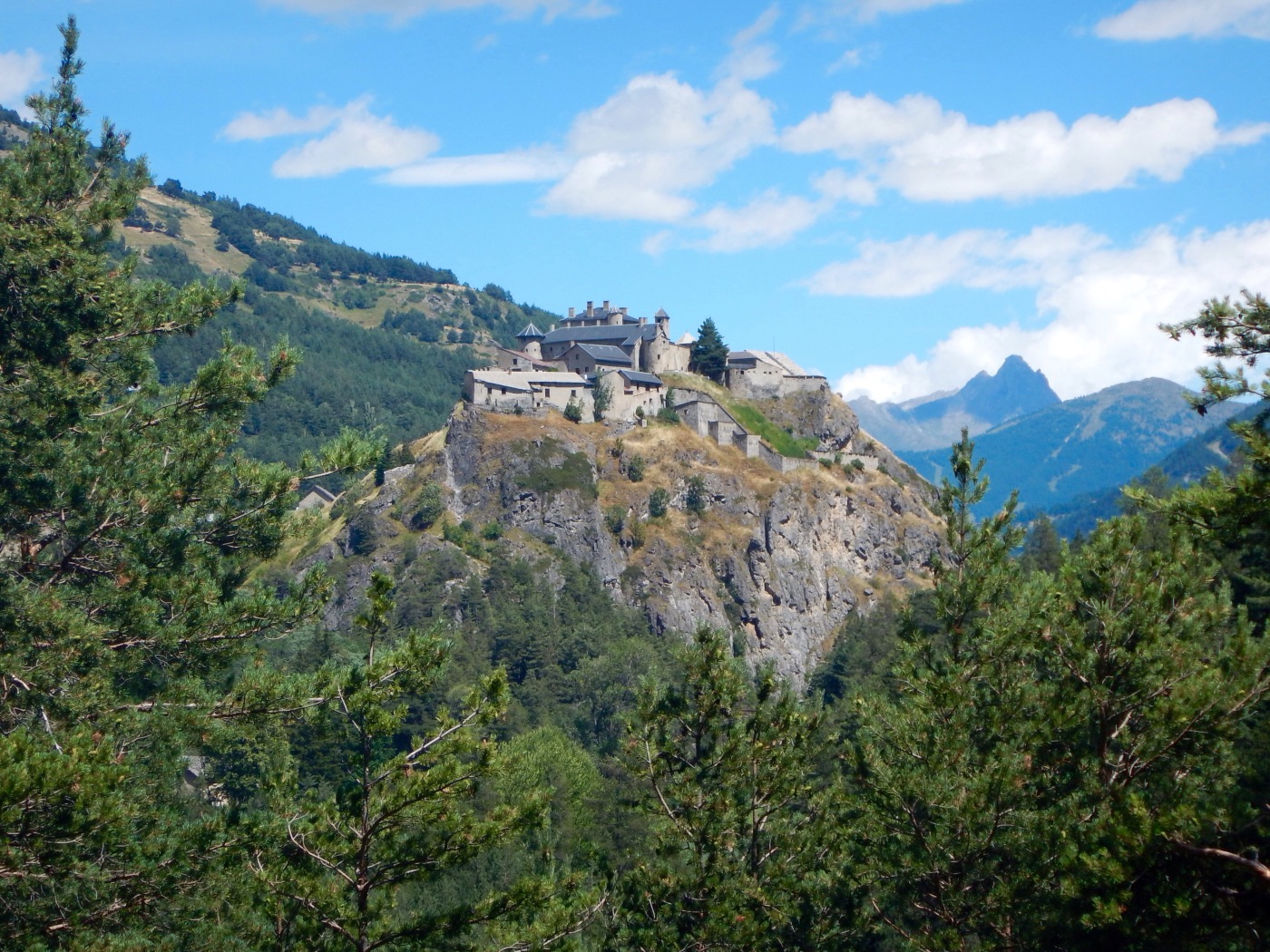 We drove up the Guil valley out of Guillestre through an amazing gorge, with the road winding high around the hillside and through tunnels through the cliffs. In places the road was so narrow, there were traffic lights letting traffic through in one direction at at time. 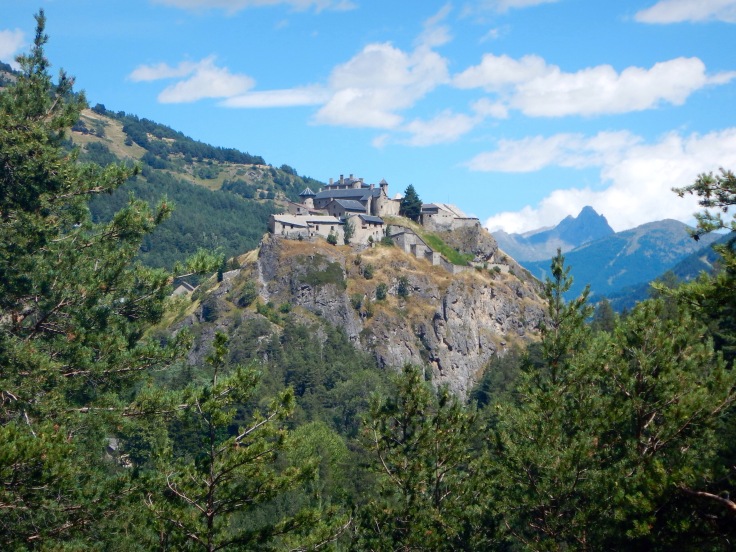 Before too long the valley opened up and we spotted Fort Queyras perched high on a rocky hill above the river, drove into the village and parked. Matthew, Evie and Ollie had arrived just before us so we watched them on the via ferrata for a bit. 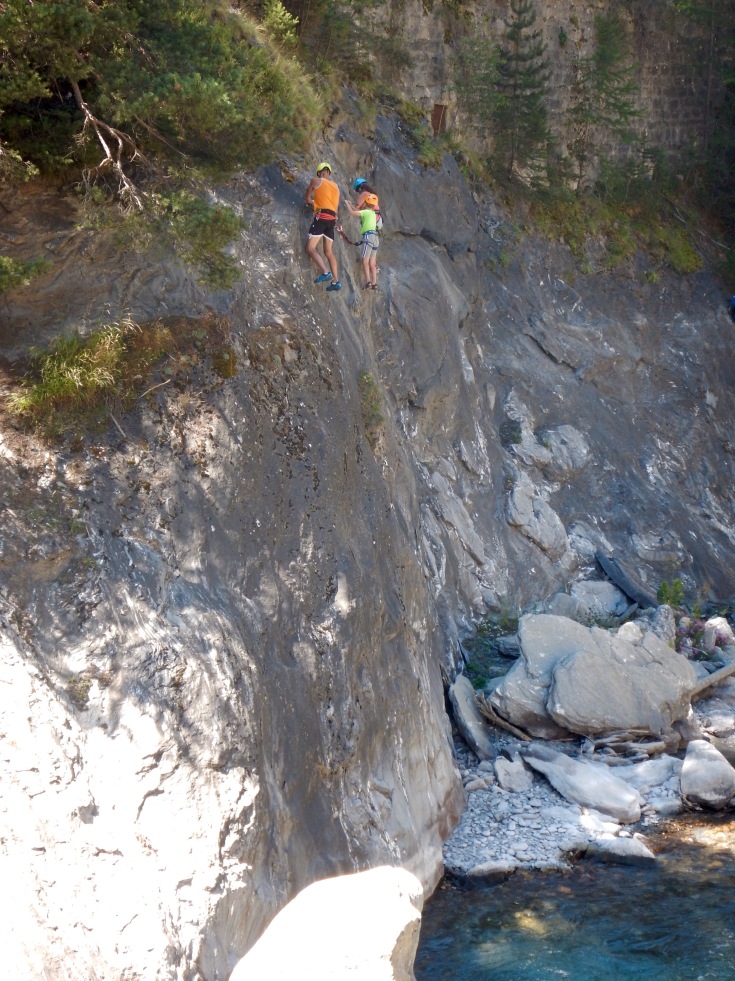 We then visited the fort, which was built in the Middle Ages but added to bit by bit over the years so that it’s now a maze of rooms and passages with impressive defences. It was worth a visit and the views over the valley were lovely. 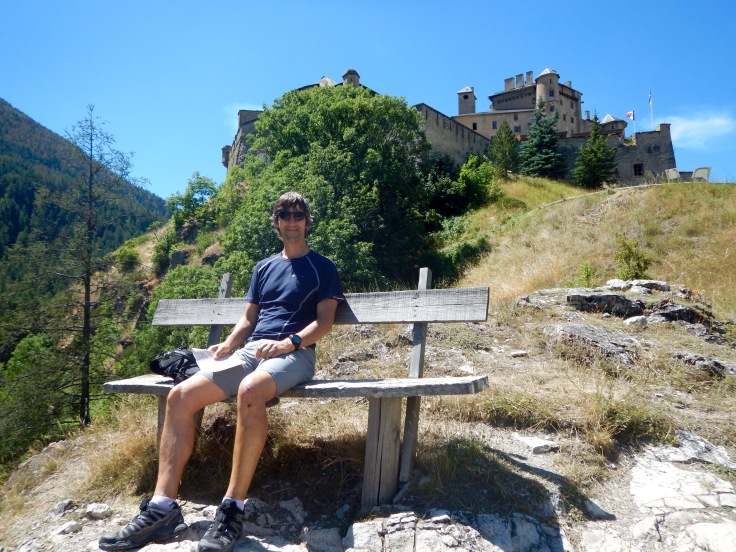 By now it was too late to do the walk we’d planned so we had a leisurely picnic before heading back to the campsite. We decided to make the most of our early return and do the washing. Also, we’re both engrossed in good books at the moment, which we’re reluctant to put down so we’re more than happy to sit around relaxing. 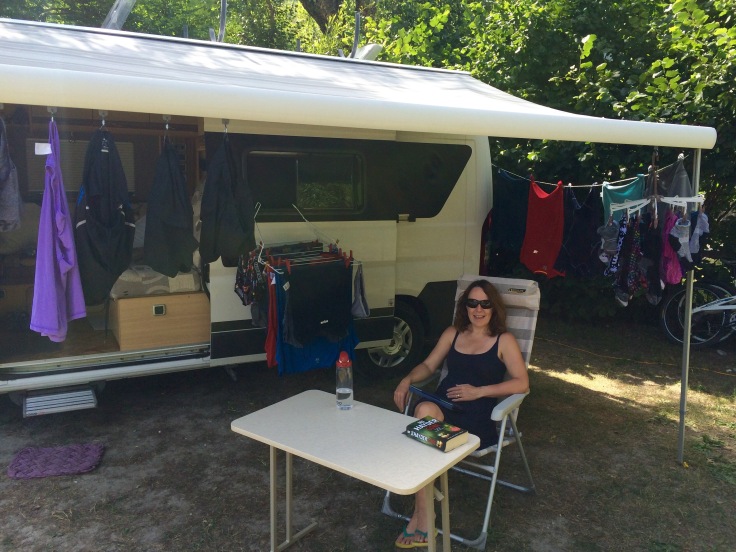