We got up early, had our cinnamon rolls and a coffee and then set off to catch the bus up the valley to the cable car station. Here we cheated and got 2 lifts up to the foot of Kitzsteinhorn, a 3200m high mountain, which is covered in glaciers. 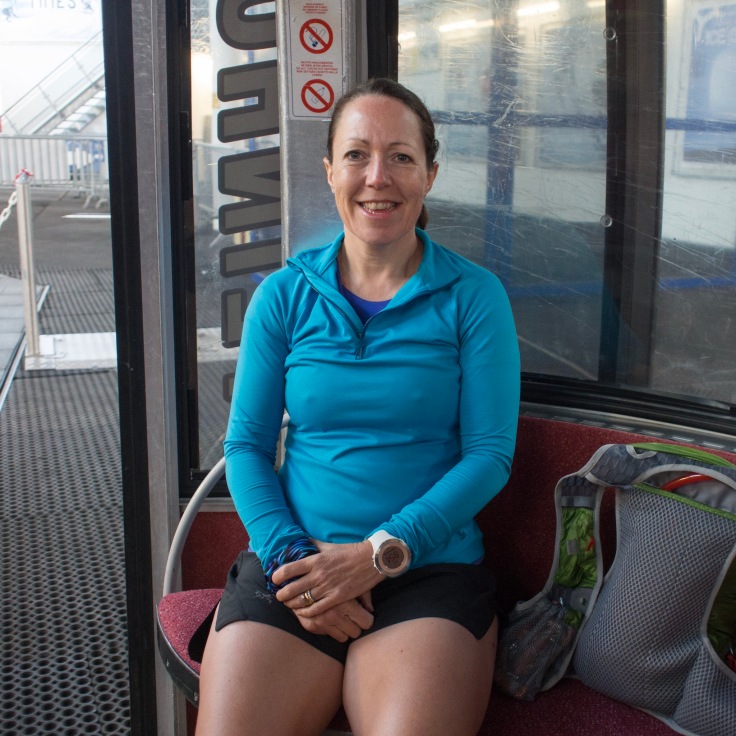 The cloud was down all the way up and we couldn't see anything at all, but it did clear for a moment to give us a tantalising brief view of the top of the mountain. We stopped for a coffee, hoping the cloud would clear properly but it wasn't to be.

We decided to set off, down to the lower lift station, via the Krefelder hut. There, I'd hoped to climb a peak that looked pretty cool in the guidebook but we missed it completely in the cloud! We passed the lower lift station and joined the track to climb up to our main route for the day, the Alexander Enzinger-Weg, a lovely ridge walk and very runnable.

As we climbed and the sun got higher in the sky, the cloud kept clearing intermittently. Finally, it cleared completely. Wow! The views were stunning! It's always seems more of a treat to see mountain views in this way because they are such a surprise, rather than when they open up in front of you gradually as you climb.

We could see the top of the mountain, the glacier and the cable car station that we'd started running from. Also, the Krefelder hut that we'd run past, the Geisstein peak, which we'd completely missed, and the lower cable car station. The whole of our route just appeared as we watched!

We continued uphill on our path, shooing flocks of sheep with floppy ears and thick coats out of the way. Finally we reached the ridge and the first 2000m peak. Another wow! The guidebook had said it was a lovely walk but we weren't expecting such a great ridge walk, with breathtaking views in every direction. The mountains dropped steeply to either side, covered in bright green grass and wild flowers. And the path was perfect for jogging, although we had to careful not to lose our footing!

We hadn't seen anyone all morning but now a few people started to appear on the trail in the distance. The path rose and fell over and around several more peaks, before dropping steadily to the Glocknerblick hut, where we stopped for a beer and something to eat. 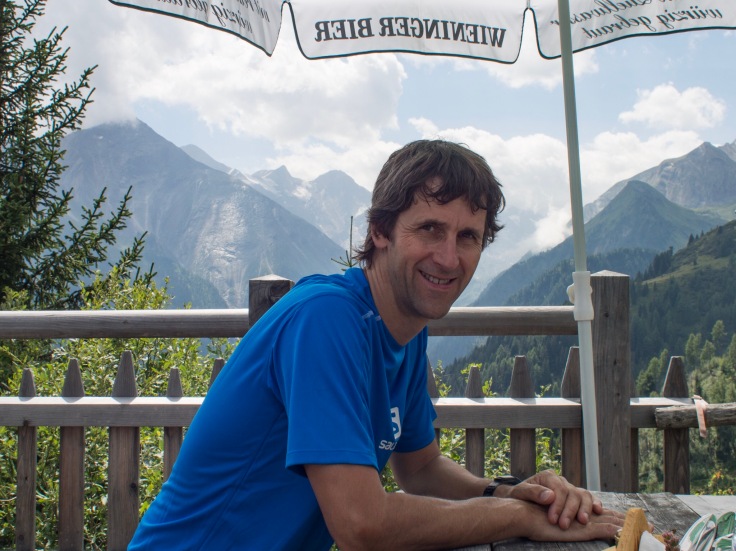 After this, the path dropped very steeply to the valley and Klammsee lake below, not far from our campsite on the edge of Kaprun. It was hot and sticky now, and the descent was relentless, so I was pleased to reach the bottom. The run was only around 15k with 500m of ascent but I found it hard work, probably because of the altitude, the heat and the difficult mountain terrain. 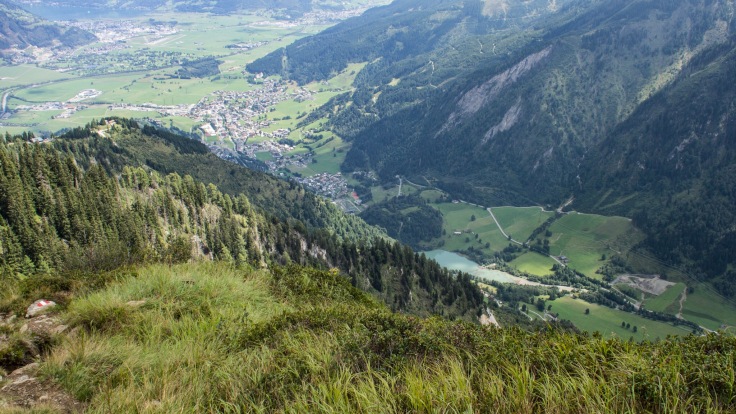 We passed a gorge on the way back along the river to the campsite… something for a rainy day. Back at the camper van, we had ice cream in the shade of the awning before showering. We're off out for dinner this evening. I think we've earned it!