We had a lazy day today, intending to recover from yesterday's hike and make plans for our week in Kaprun. We woke fairly early but didn't rush to get up, reading and drinking tea in bed. We then had breakfast in the sunshine before finding the footpath along the river into the town.

It didn't take long to get into Kaprun. First of all we visited tourist information to get some local maps, hiking maps, and bus timetables for the hiking buses up the valley, and to the neighbouring town of Zell am See, which we also hope to hike from. We then had a wander round the town centre, which is very clean and pretty with a lovely church on a hill and the river running through it. 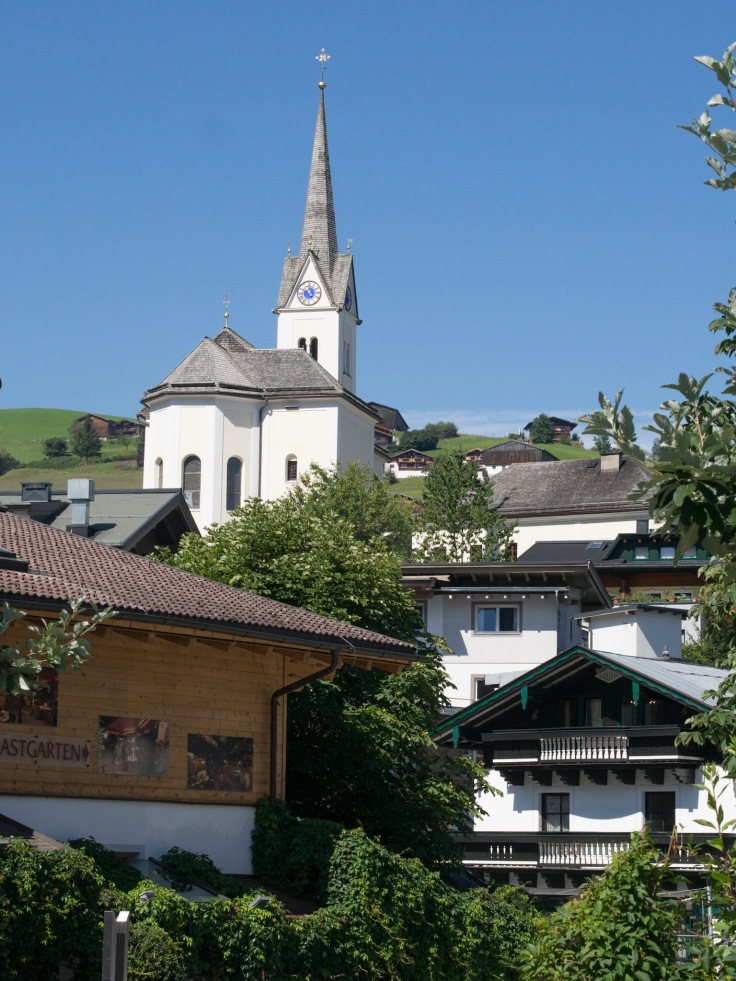 We then treated ourselves to lunch in a bar. It was very nice, and actually had a good salad with it, which is unusual for this part of the world, where a salad usually comprises some lettuce, sweet corn, grated carrot and pickled stuff swimming in a bowl of dressing! The wasps were a nightmare though, which meant that John was a nightmare! How can a grown man who throws himself down ski slopes, mountain bike runs and white water rivers be so scared by a few little wasps?! :-p He couldn't eat his lunch because it was covered in them and I kept getting cross with him for waving his arms around and swearing! We finished in the end and escaped. 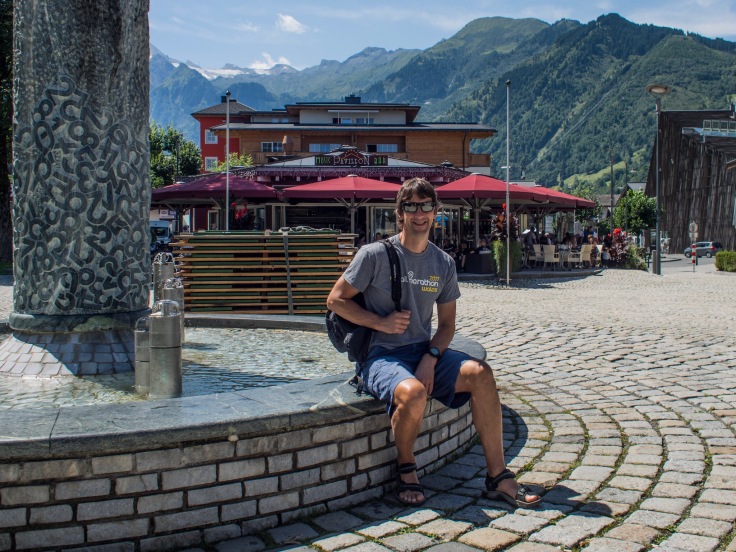 In the afternoon, as it was a beautiful sunny day, we decided to sit by the pool, swim and read. What a beautiful spot with the mountain Kitzsteinhorn, which is 3203m high, towering over the valley in the distance.

We've now packed our bags and got our kit ready for tomorrow. We're going to get an early bus up the valley and then catch a cable car up to the Alpine centre on Kitzsteinhorn. From there we plan to climb some peaks over 2200m and then run along the ridge before dropping back down to the valley and the campsite. The weather forecast is for showers so hopefully we'll be ok. We're really looking forward to it.

One thought on “Tuesday 8th August: Relaxing around Kaprun”