We slept until 8.00 today then John woke me up, wanting to beat the Germans to the waterfall! We were the first campervan in the parking area, so we did ok! The day ended up being quite a long because we ended up hiking 24k with 670m of ascent. 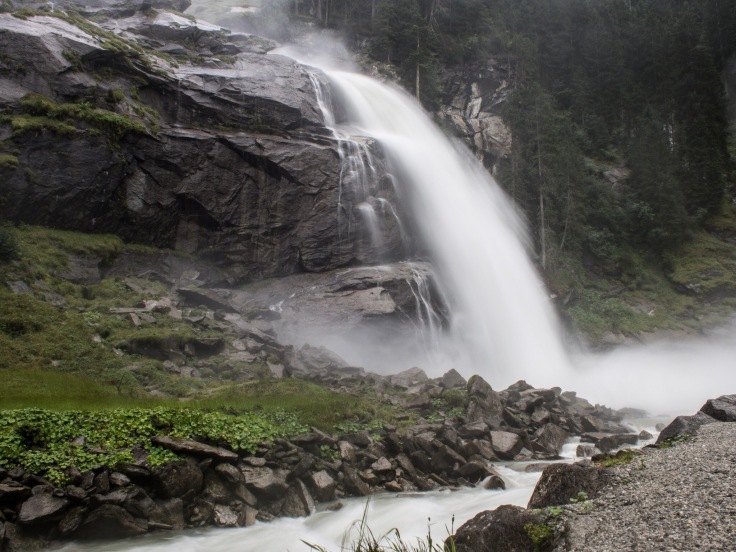 The waterfall drops 380m over 3 levels, and is claimed to be the largest in Europe and the fifth highest in the world. I'm not sure about that but it is very impressive and quite beautiful. The spray spread a long way and we were damp quite quickly (with my hair soon going frizzy!), and the noise of the water was like constant thunder. I took the opportunity to practice some long exposures with my camera before we started walking up the path alongside the falls. 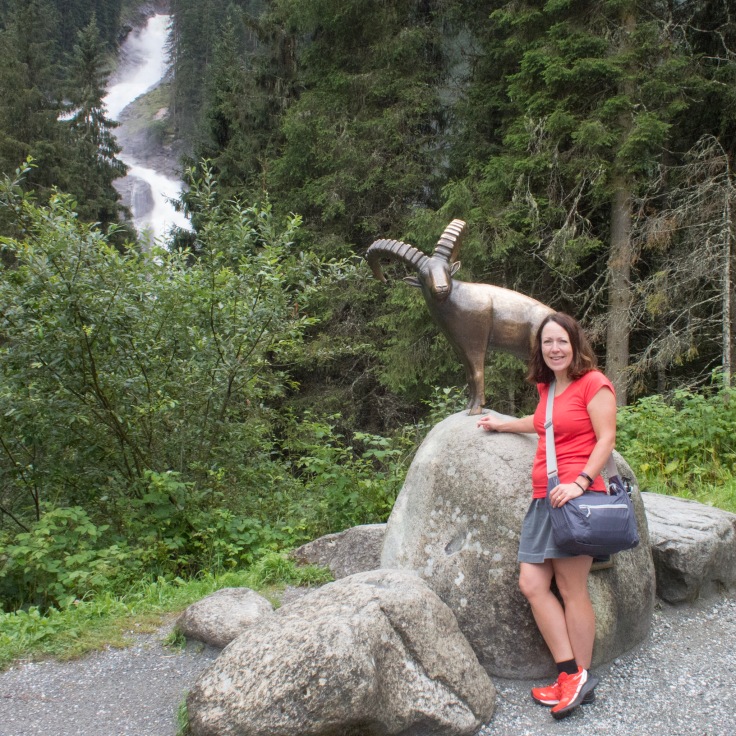 There were lots of viewpoints over the waterfall and the village below. The cloud was hanging in the valley. Luckily the path was still fairly quiet and we made good progress, and there was no jostling for position for good photo spots.

We passed the restaurant at the top of the middle waterfall, deciding instead to hike into the mountains along the river and have lunch in a more remote restaurant, Krimml Tauernhaus. 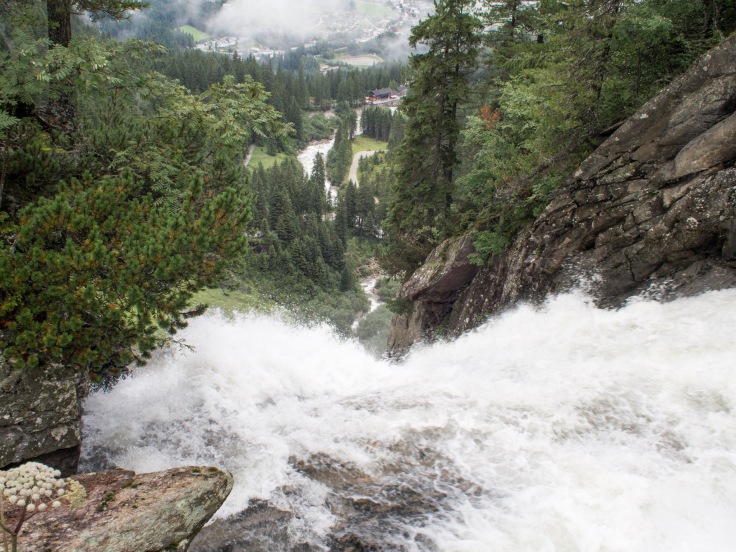 After we passed the place where the river plunged down the mountain, we followed it until the valley opened out and there were cows grazing and various buildings, including a school and church, dotted around.

The views were spectacular all day! 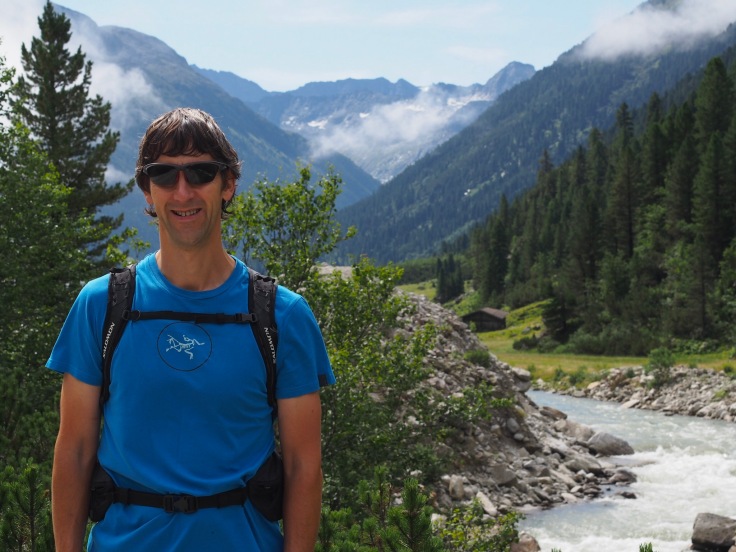 I was hungry and getting hot and tired because the sun was now out, and the restaurant seemed to take ages to appear.

We thoroughly enjoyed our meal when we finally got there after about 3 and a half hours of walking. 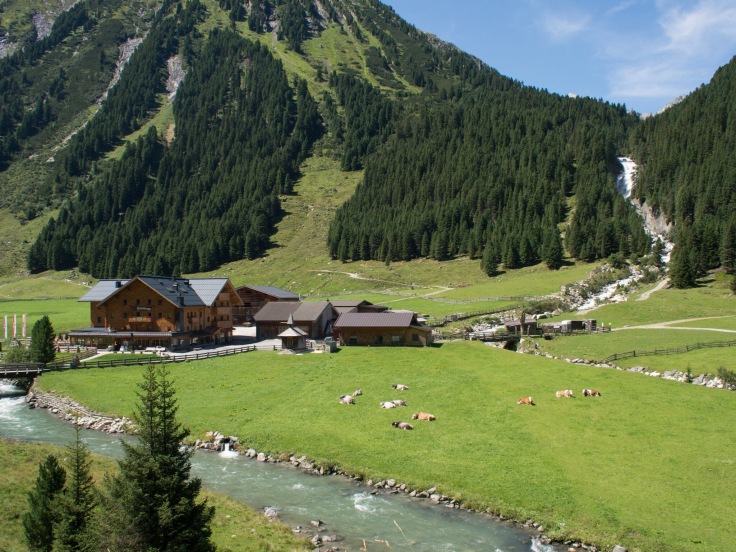 Feeling refreshed we set off back. It was getting quite busy now and, once we reached, the waterfalls, there were people everywhere! Ugh! John and I hate crowds so we decided to jog back down, stopping only occasionally to take another picture. It was fun trying to capture the rainbows in the spray. John and I like the people below on this one.

Once we'd finished the walk, we stopped at Spar for supplies then drove to Kaprun. We're staying on the campsite here for a week, while we do some walking… weather permitting. However, we do fancy an easy day tomorrow 🙂