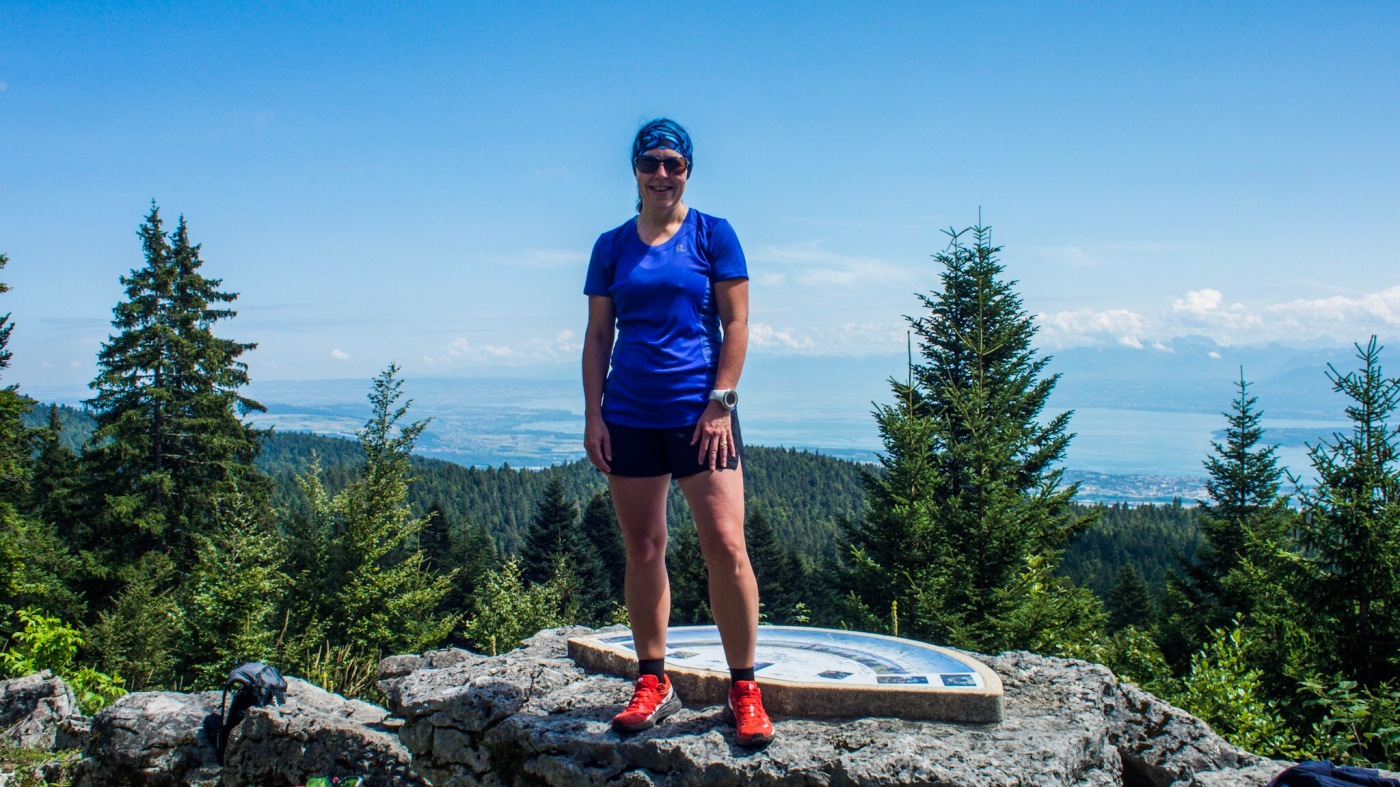 We both felt a bit rough first thing this morning after too much red wine last night. A few cups of tea and coffee and some croissants helped though, and by 11.00 we were ready for our hike. We weren’t sure whether we’d have time to do the full 4 hour hike up to Mont Dole, with over 1200m of ascent, particularly as storms were forecast for later in the day, but we thought we’d see how we got on, and turn back when we were ready.

The path started from the back of the campsite and ascended steeply through the forest, crossing forest roads now and again. After several kilometres of climbing I was hot and getting really annoyed at the flies trying to drink my sweat! We decided it was time to stop for something to eat at a view point 5 minutes off our path…La Fenetre du Leman, overlooking Lake Geneva. We couldn’t see the campsite which was hidden, but we could see the lake and town on Divonne.

After this, the path became a little less steep, through pastures. We could hear cowbells ringing but the cows were too far away to bother me. Finally, we reached the parking point for people who had driven up the hillside to climb Mont Dole. It was now about an hour and 20 minutes away. We’d made very good time, much faster than the signposts had predicted, and the sky had got a bit cloudier but not stormy, so we decided to go for it. We knew we’d be able to do some running on the way back down so we should get back in plenty of time to shower and cook dinner for Dan and Jackie, who we’ve invited round.

Mont Dole has an observatory on the top. It was another steep climb, over quite rough terrain for a while until we reached the open hillside. It was also very hot so I struggled a bit. The thought of pain au raisin on the top helped! 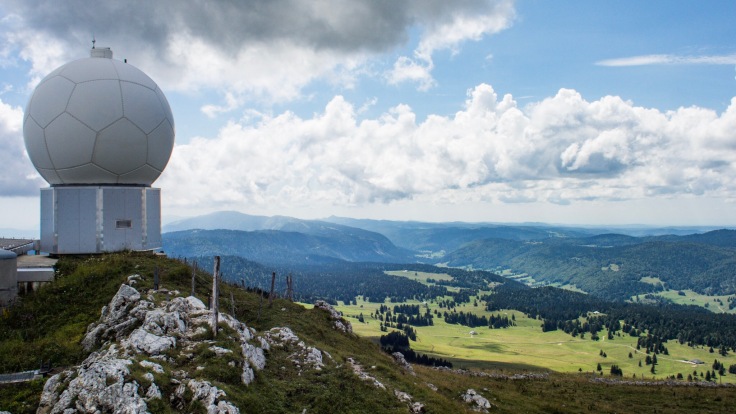 It took us about 3 hours 15 minutes to get the top with a couple of stops to eat, and then just 2 hours to get back to the campsite. Pretty good effort for such a steep, relentless ascent, I think!

One thought on “Monday 14th August: A steep hike up Mont Dole”