We were woken early by the alarm, pulled our clothes on, put the bed away, and left the aire to travel the 20 minutes to the Eurotunnel terminal. We checked in, collected a coffee and some breakfast and, when our time came, joined the queue to get on the train. 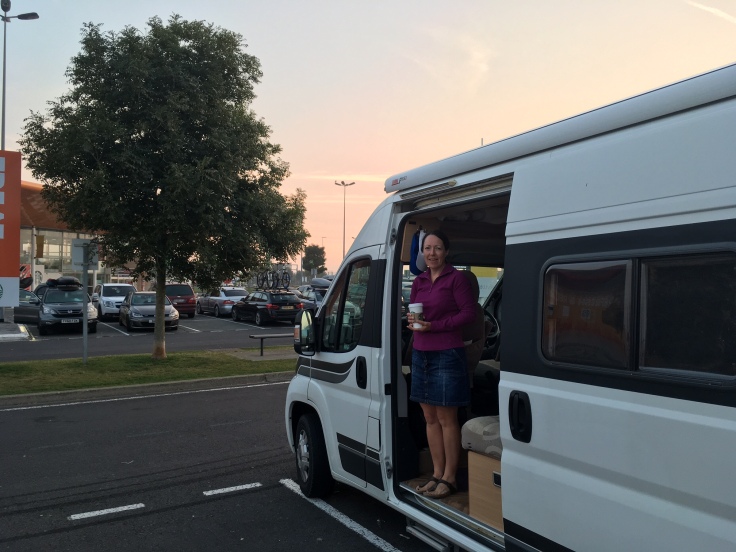 After about 30 minutes, we noticed that the sign said that boarding was closed for our train… What was going on? We were there in plenty of time! It was particularly frustrating because nobody advised us what was happening. After another 10 minutes, our gate opened and we were directed onto the platform. We watched as our 7.50 train on the right pulled away, then, after it had emptied, we were directed onto the train on the left. At least we were only half an hour late.

On the train, a very cheerful man handed me a survey, which asked how the service could be improved. I logged my complaint, advising that it would have been good to have been told what was happening, and why we had been put on a later train!

The drive up from Folkestone subsequently went well, with a stop for fuel for the van, and another for fuel for me and John… a dirty burger. Diet starts tomorrow! There was a delay when we joined the M56, where the traffic was very heavy…. not unexpected for bank holiday Monday. Finally, 7 hours after leaving the train, we arrived home. 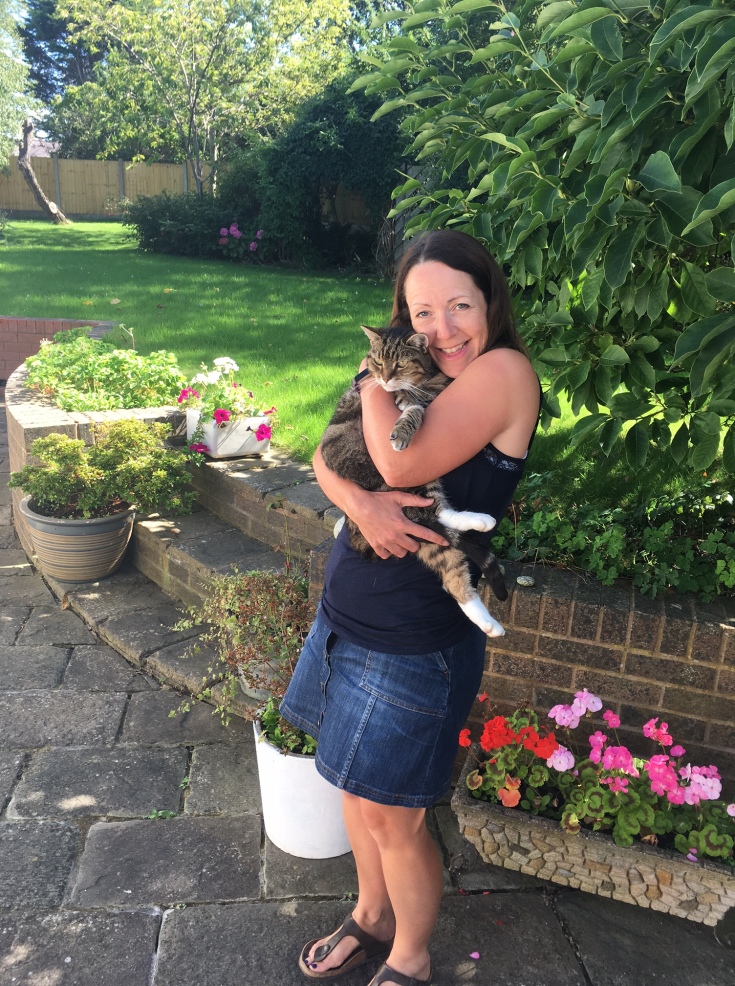 Millie was pleased to see us, which was lovely. After lots of cuddles, we’ve spent the last few hours emptying the van, washing clothes, towels and bedding, cleaning the Airbnb, putting everything back in the bedroom after Jean has painted, doing the accounts, and now I’m getting ready to work in Manchester tomorrow… all very depressing! Time for a bath, a G&T, a Chinese and some telly. That should cheer me up!

2 thoughts on “Monday 28th August: There’s no place like home!”