We had a boring 8 hour drive ahead of us today, moving to our next Airbnb in the North of Iceland… or so I thought! It turned out that even a long drive in Iceland is exciting, with new, stunning views at every turn. Once again, we’ve filled our cameras! 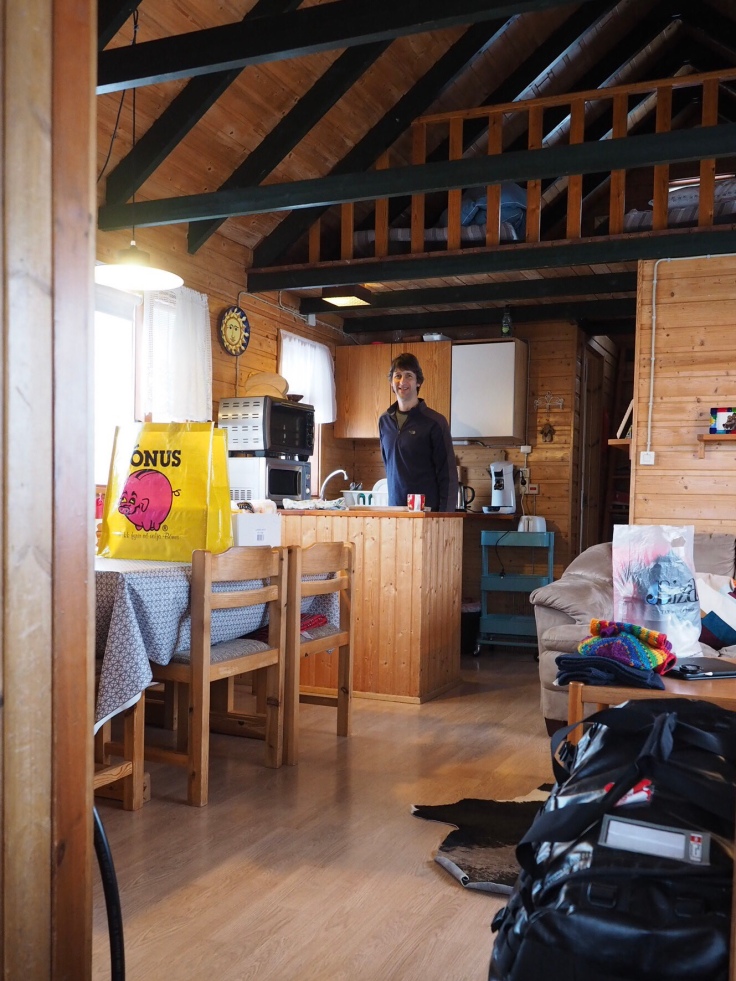 After eating breakfast, packing up and loading our bags into the car, we set off. It had snowed again in the night and, although the snow cover at the cabin didn’t seem much deeper, we were surprised to find that the main ring road was covered. Thank goodness for 4 wheel drive and studded tyres!

As we travelled east along the south coast, the road cleared, the weather improved and the speed John was driving at went up. When we reached Jökulsárlón the sun was shining and we couldn’t resist stopping there again. It looked quite different. The icebergs were smaller and less varied, but they shone beautifully in the sunshine.

The road has been empty all day, with just the occasional other car. The ring road is good, apart from there being a few gravel sections and lots of one lane bridges. We’ve stopped often to take photos, and frequently met others doing the same thing. 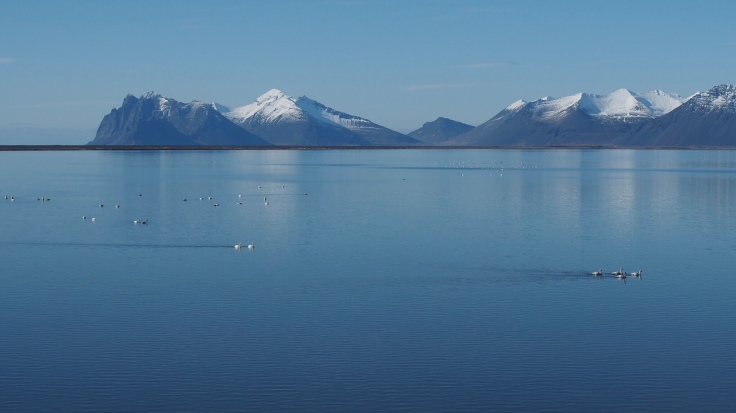 The landscape has changed as we’ve travelled, from being flat where we were staying and becoming hillier and snowier, but always beautiful. Often there’s been nowhere to stop beside the road to take photos, even with a 4 wheel drive car, and spots have to be chosen carefully to avoid getting stuck. As we wound around the stunning fjords on the south east coast we were looking out for a petrol station and a nice cafe for lunch. We found the first in a village where we spotted these egg sculptures, but all the cafes along our route were closed. Thank goodness for emergency bananas and cookies!

At a couple of junctions that we could potentially have taken to the next big town, Egilsstaðir, signs advised that the roads were closed. We carried on along the coast, until road number 1, the ring road we’ve been following, turned inland. Looking at the snowy mountains ahead (in the photo below), we wondered where the road was going.

It turned out that there was a 6km tunnel though one of the mountains. From the exit of the tunnel it wasn’t far to Egilsstaðir, where we hoped to pop to the supermarket and find a cafe. Unfortunately, we’d forgotten that supermarkets might be closed on Easter Sunday, which might have explained the lack of open cafes too! We were pleased to find a petrol station with a convenience store and fast food, and filled up on pizza and hot dogs.

We were soon back on the road for the last leg of the journey to Mývatn. As we travelled, I spotted a gorge by the side of the road… another photo stop. Will we ever get there?! 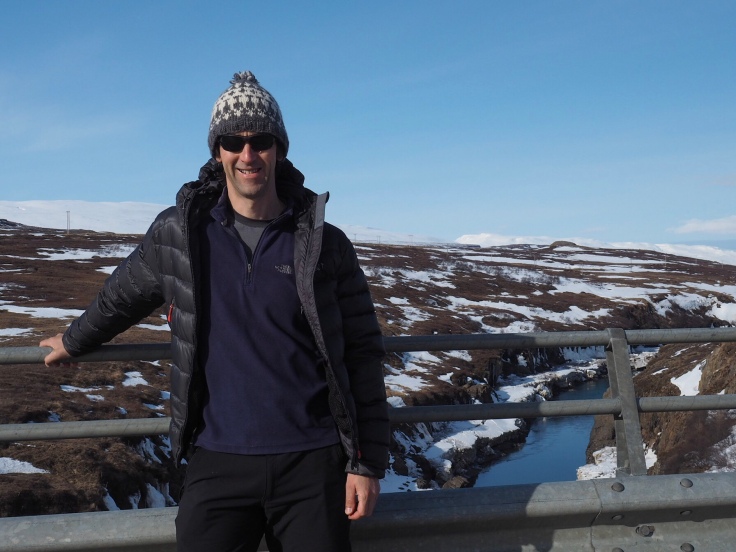 After this the road turned inland and climbed steadily. We’ve never seen such a huge expanse of beautiful snow, like icing over the landscape, unspoiled for miles upon miles, with a stunning mountain backdrop. This bit of the journey wouldn’t have been fun in bad weather though.

Dropping down again and getting nearer to Mývatn, the landscape became more like a moonscape, with grey and black volcanic rock showing between patches of snow. There was steam rising between the mountains.

When we got nearer we could see cars parked so we stopped too. The place was Hverarönd sulphur springs, with pools of bubbling mud and steaming cones. The steam was rather smelly! I was wearing my normal boots, which are now coated in thick brown mud. Ugh! It was worth it though. Another amazing place. We are loving Iceland 🙂 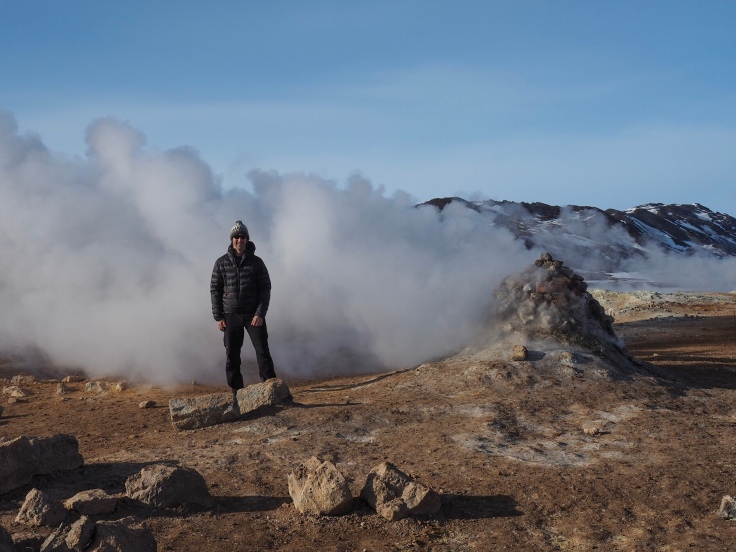 We have finally arrived at our Airbnb. It’s just perfect! Beautifully furnished with everything we could possibly need including a hot tub, washing machine and wifi! Hot tub and wine here we come 🙂