We’ve walked today… lots… along almost every path in and around Cataract Gorge. We must have had plenty of energy after almost 9 hours sleep… amazing for me! In fact, according to my FitBit, I’ve had on average 8 hours 10 mins each night this week! Must have made up for jetlag by now 😊

Launceston, where we’re staying, is situated where the North Esk and South Esk Rivers meet and become the Tamar Estuary. The South Esk River flows through Cataract Gorge, just 10 minutes from the city centre and our Airbnb. After breakfast, we walked to the gorge via the Zig Zag Path, up and down dozens of steps on a path hugging the cliffs high above the river on the south side. 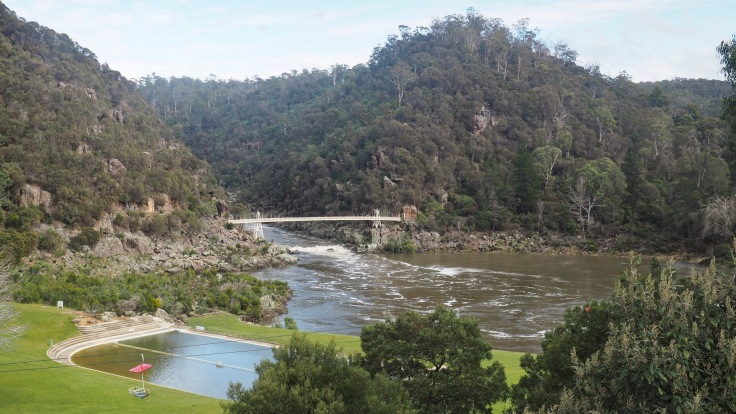 After 30 to 40 minutes, we got to the main part of the gorge, First Basin, where there’s a car park, cafe, toilets, outdoor swimming pool and open area surrounded by bushland. We had a couple of coffees in the cafe while we sorted out my iPad… I’ve managed to use all my Aussie data already, writing blogs and uploading photos without WiFi… must stop that… 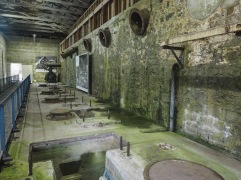 Then we chose to do the Duck Reach Path further into the gorge. After about 45 minutes, we reached Duck Reach Power Station, which is now a small museum. The Launceston City Council originally commissioned the power station in 1893, making it the largest hydro electric power scheme of its day. Record floods destroyed the building in 1929 but it was rebuilt and ran until 1956, lighting the whole city. 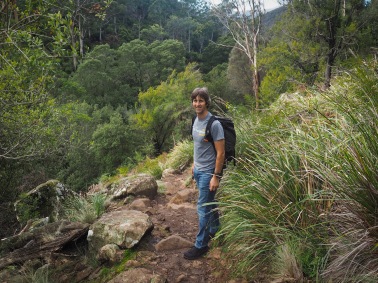 We then chose to take Reedy/Snake Gulley Track back to First Basin, up dozens more stairs above the power station on the north side of the river valley. We could often hear the river in the gorge but couldn’t see it, and the path wound through the bush before dropping back to First Basin along a small creek. There were lots of animal droppings but we didn’t see any wallabies or other marsupials, although we did see a kookaburra in a tree.

After about 50 minutes, we arrived back at the north part of First Basin in a shady area called the Cliff Grounds. This is a Victorian garden with a bandstand surrounded by ferns and exotic plants, and also a daffodil walk. Peacocks were wandering around a restaurant, which unfortunately was closed. We chose to take the footbridge back across the river to have lunch in the cafe, rather than using the chairlift, rushing to get there before it closed too. 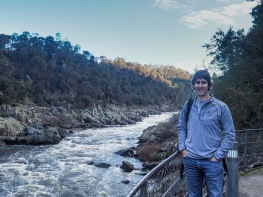 After lunch, we crossed the bridge again and followed the Cataract Path along the north side of the river, back to the city centre. Like the ZIg Zag path on the opposite side, this path hugged the cliff, but it was quite low to the water, rather than high above it. 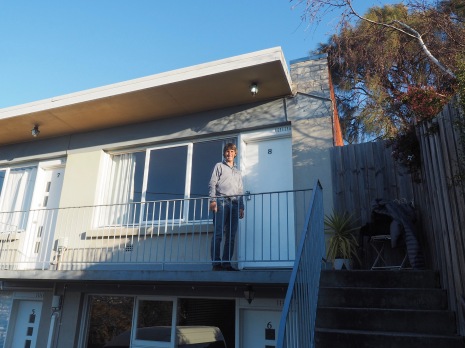 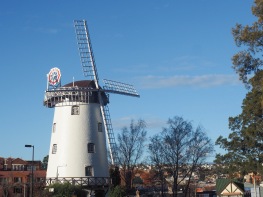 Twenty thousands steps later we were back at the apartment. It was a thoroughly enjoyable day. The weather was quite overcast until about 3 but it’s been lovely and warm. Since we got back, we’ve been very lazy and watched a couple of films… the first time we’ve had the telly on! Tomorrow we move to Cradle Mountain. I’m hoping the rain forecast for that region falls as snow instead. Otherwise we may have a couple more lazy days!