Today we moved on to Guillestre, where we were meeting up with Dan and Jackie, Zac and Judy, and some other friends. However, first we thought we’d do another hike. It was a bit cloudy when we woke, especially on the tops of the mountains; but we thought we’d climb Le Moucherotte anyway and hope for some good views.

The 1 hour 40 minute climb was the steepest we’ve had so far this trip, and very rocky underfoot so we had to concentrate to avoid tripping. The path wound its way through forest, and was lined with a beautiful assortment of colourful flowers. Now and again, beautiful views opened out through the trees.

Finally, we reached the approach to the summit where there was a hut. Previously there was a hotel here, which various famous people, including Brigitte Bardot, stayed at. It was accessed via a cable car. However, the hotel closed in 1974 and was demolished in the 90s, and the lift has long gone too. We assume the hut is now used as a sort of bothy. John signed the visitors’ book… he always enjoys recording he’s from Wales 🙂

There were lots of sheep and mouflon grazing on and around the path to the summit. I was rather nervous after our run in with a sheep dog a few days ago. John spotted a wolf-like dog sleeping among the sheep so we took a wide berth and it didn’t seem bothered by us. 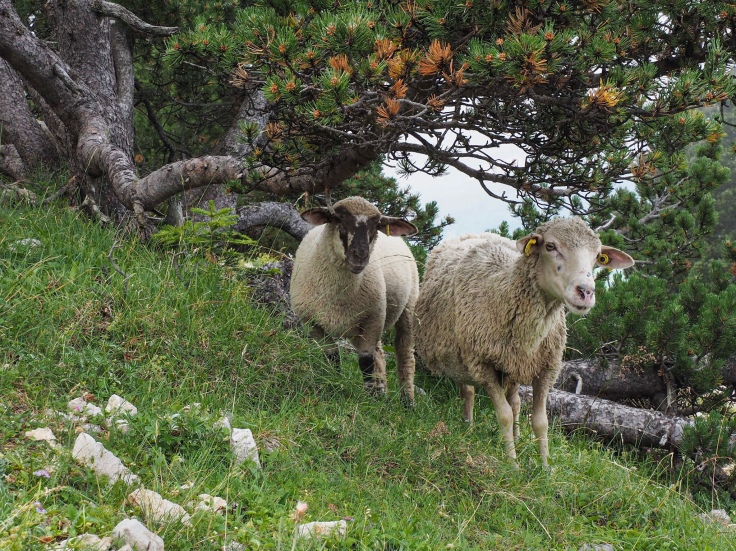 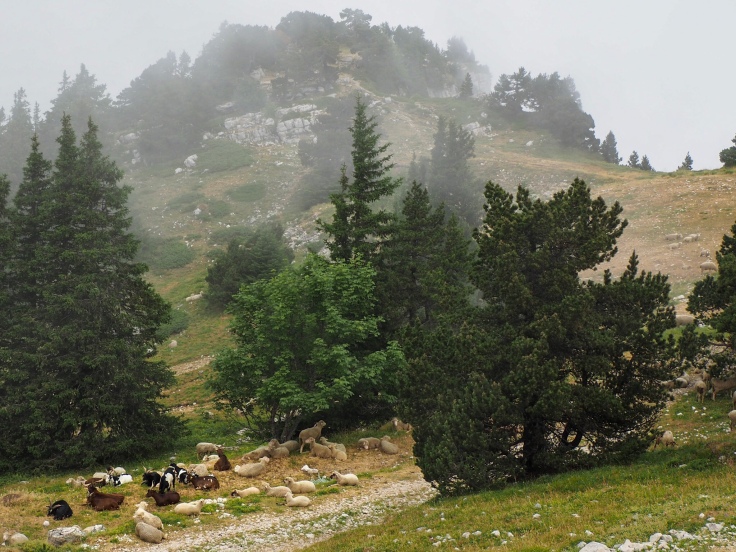 The cloud was still rather low on the top but swirling around so that we did have occasional glimpses of the valley and towns, including the large city of Grenoble, far below. The table of orientation on the top wasn’t much use though… we couldn’t see all the distant mountain ranges! 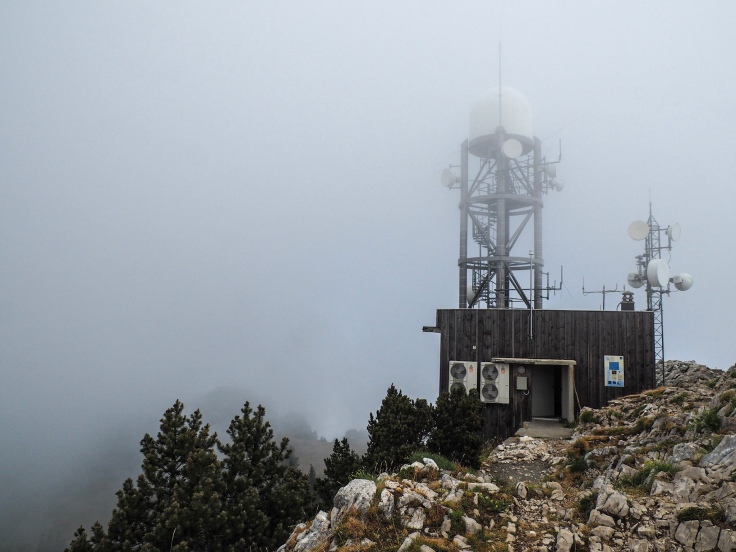 There was a car at the top… we’re not sure how it got there… and a couple of men in the mast building on the summit. After a snack and a drink, we started to make our way back down. John then spotted two more huge shepherd dogs, there to guard the sheep against predators. We tried to give them a wide berth but didn’t see one until the last minute when it let out a loud ‘WOOF’. I grabbed John’s hand and we just kept walking calmly and quietly through the flock, trying not to upset the sheep in case that riled the dogs!

It was much faster getting back down hill, even though we’d forgotten our poles and had to be careful on the steep, loose rock.

We took a slightly different path towards the bottom and ended up at an old ski jump, from the Olympic Games in Grenoble in 1968. It’s rather sad that its not used any more.

Back at the van, we had some lunch and then set off on the 3 and a half hour drive to Guillestre. We made good time and were soon camped on a shady pitch next to Dan and Jackie, looking out over the lake. 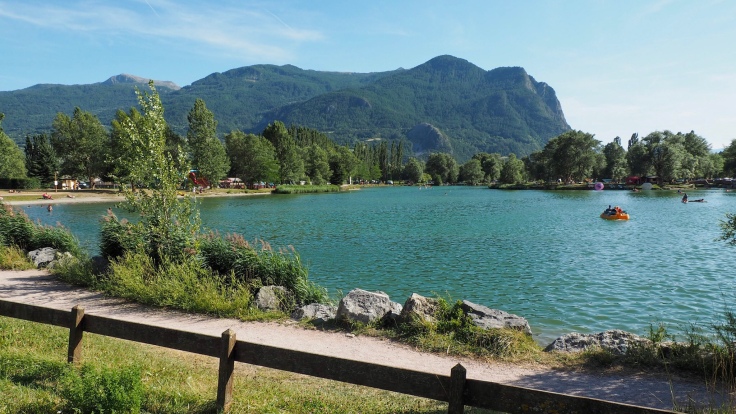 In the evening we were joined by Zac, Judy and Ffion, and had dinner at one of the campsite restaurants. Then we met some other friends after the meal. It was an enjoyable evening and rather a lot of wine was consumed. I didn’t envy John going off kayaking with a hangover this morning!

One thought on “Le Moucherotte and a move”