As part of our work on photojournalism, we were tasked with producing a photo essay of  three images, with a beginning, middle and end on the theme of ‘person at work’. We were encouraged to approach someone we didn’t know, rather than friends, so I sent a message to my local florist. I love the vibrant colours in the shop and the beautiful bouquets, and the two guys, Pete and Ed, who own the place are friendly and approachable. Thankfully, they agreed immediately.

I put my 12-40mm zoom lens on my camera, which is a 24-80mm full frame equivalent. I hoped this would give me a wide enough angle to capture lots of the pots of flowers in the shop, but also enable me to focus in on the men and the bouquets. The lens’ widest aperture is f2.8, which I thought would help me blur the background so that the subjects would stand out. I did take a tripod with me but the shop is rather small and the men were moving around as they worked so I didn’t use it. The shop was quite dim so I needed to use a wide aperture and raise the ISO so that the shutter speed was fast enough for me to hand hold the camera. I used the P setting on the camera. This isn’t a setting I’ve used very often but, in this situation where my subjects and I were moving around and I was taking lots of images, it worked well. Rather than me having to consider the settings for each shot, the camera gave me a base setting for aperture, shutter and ISO, which I could adjust slightly if I needed to. The shutter speed for most of the images was 1/60 second and the aperture was f2.8.  Before I started, I set the ISO to auto with a maximum of 1600, which worked well, with ISOs ranging between 400 and 1250.

I took about 130 images and managed to narrow them down to 13 that I think are good to give a flavour of what the men do in the florist, particularly Ed who selected the flowers and made the bouquets. The images aren’t too noisy in spite of the raised ISO. Some were slightly blurred because the shutter speed wasn’t fast enough when the men were moving quickly, but where they are relatively still, the images are sufficiently sharp. The exposure and colours are good, I think.

I now need to narrow the images down to 3. I have an idea of what I’d like… one of Ed selecting flowers, one of the bouquets under way, and one where it is pretty much finished, probably using different views of the shop. I’ll see what the others think in college though. 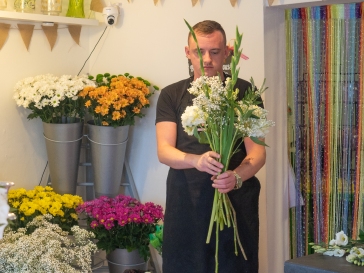 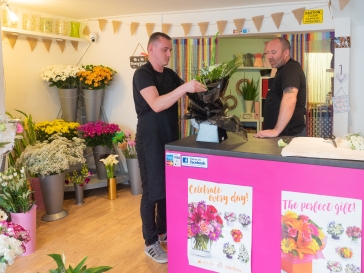 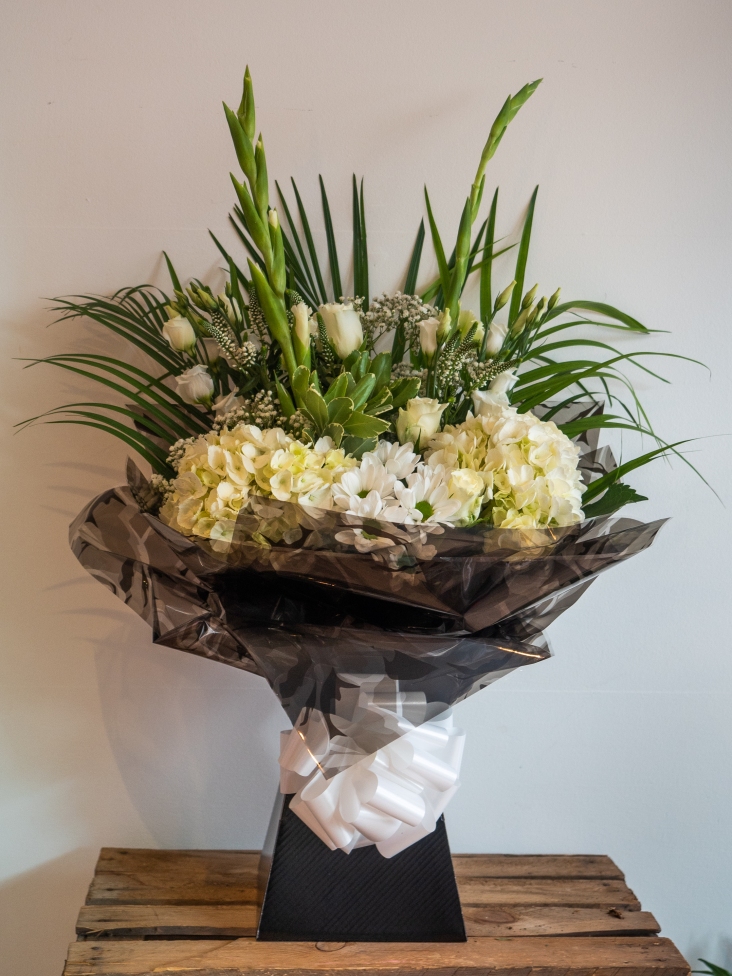