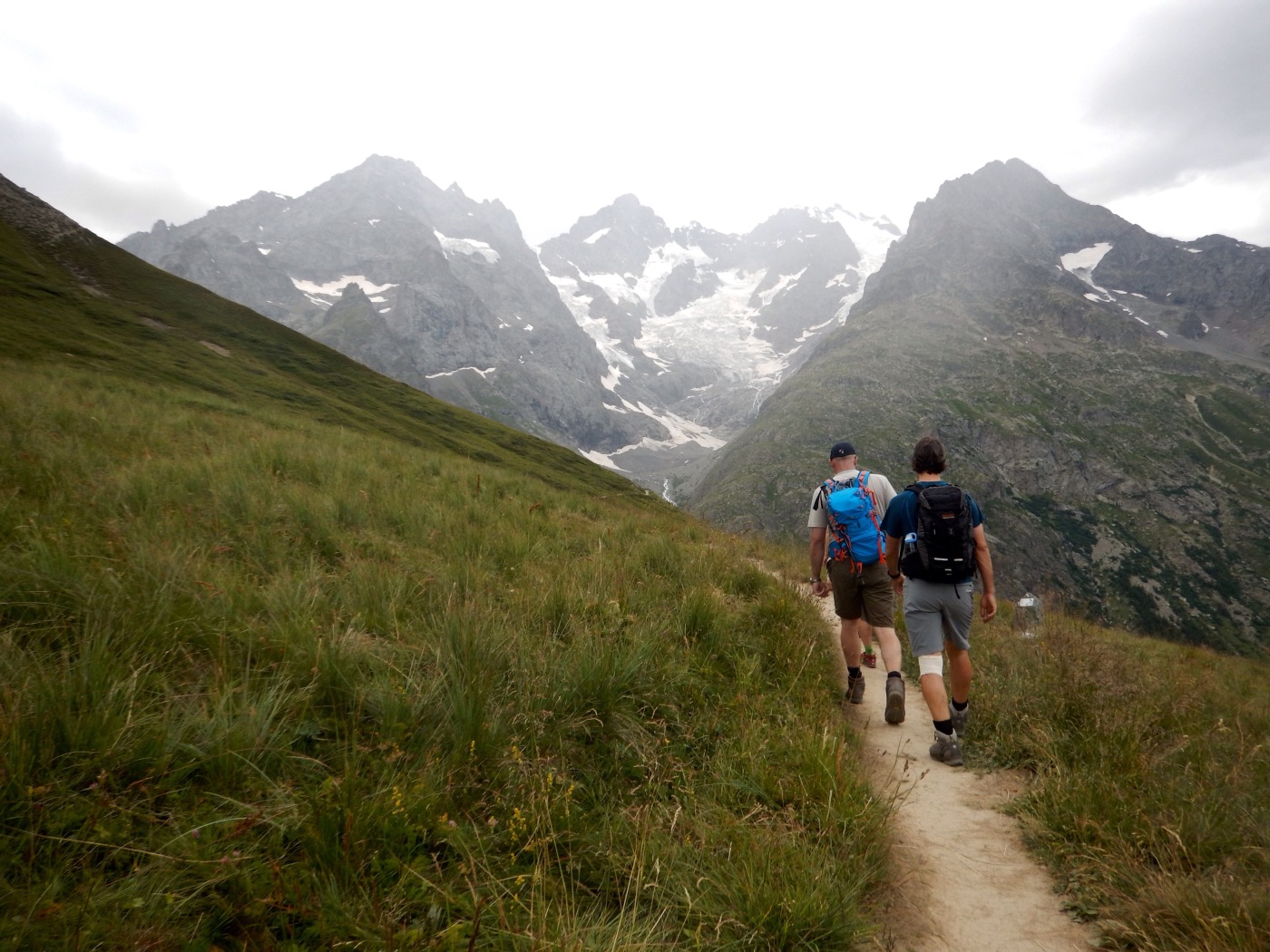 Today we had a beautiful walk to a col, which was over 2300m. We left the van at one end, jumped in Dan’s car and drove further up the valley. It was cloudy when we started walking along a lovely, path around the mountainside, ascending gently. 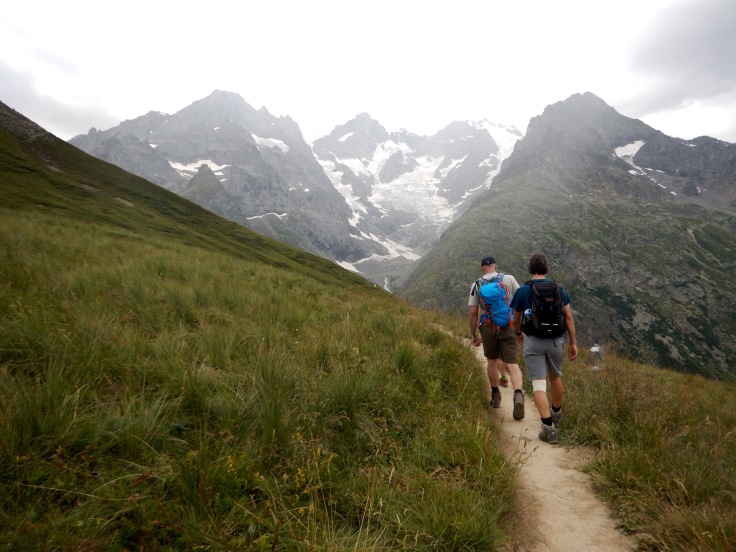 I was quite pleased that it wasn’t too hot, and didn’t even mind that it started raining. It was still warm and the scenery was stunning. 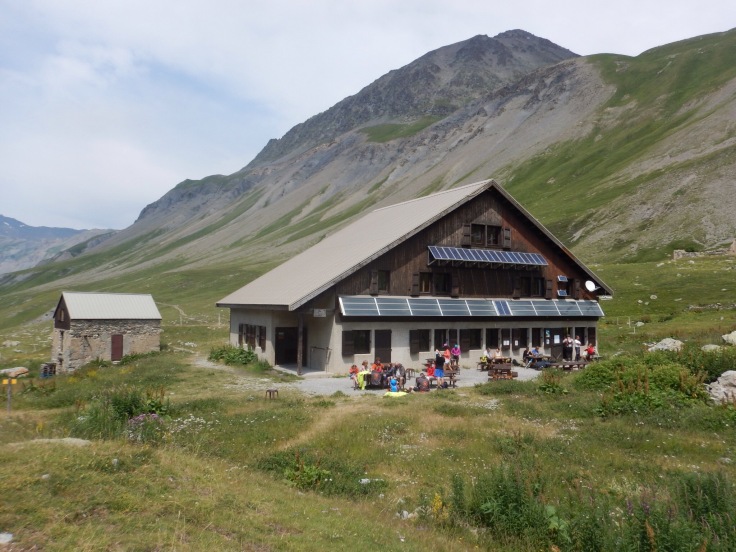 We stopped at a mountain refuge for lunch, initially inside because of the weather, but the sun soon appeared and we moved outside. 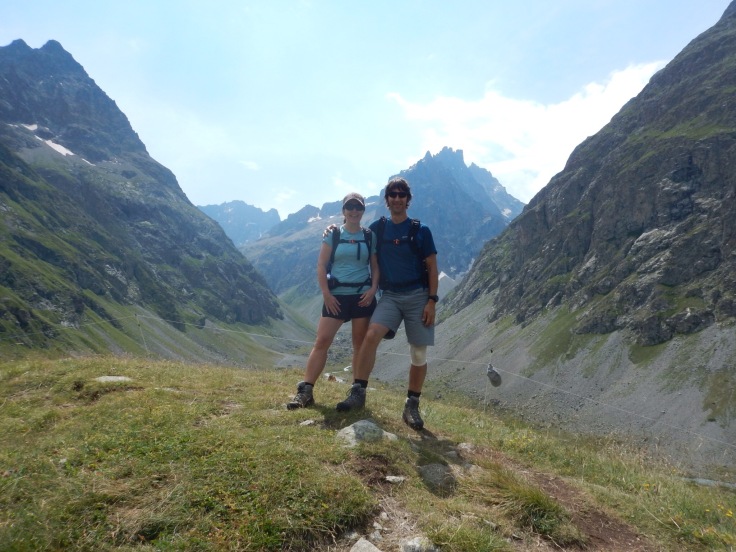 After some debate over whether to retrace our steps or continue with a longer walk over the col to our van, everyone decided on the longer walk. 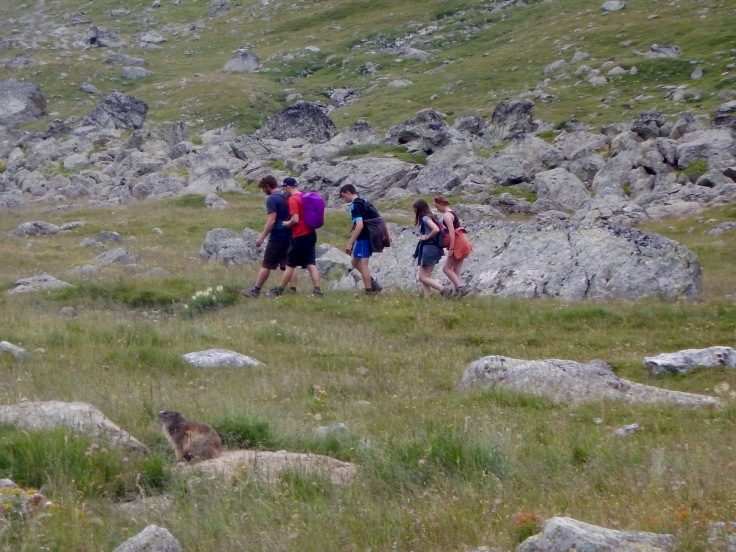 We now ascended more steeply for an hour up to the col, surrounded by beautiful glacier-topped mountains, and green alpine meadows with flowers, cows with bells round their necks and marmots.

The water in the rivers and lakes was a cloudy turquoise blue, and there were huge tadpoles in one of the lakes. 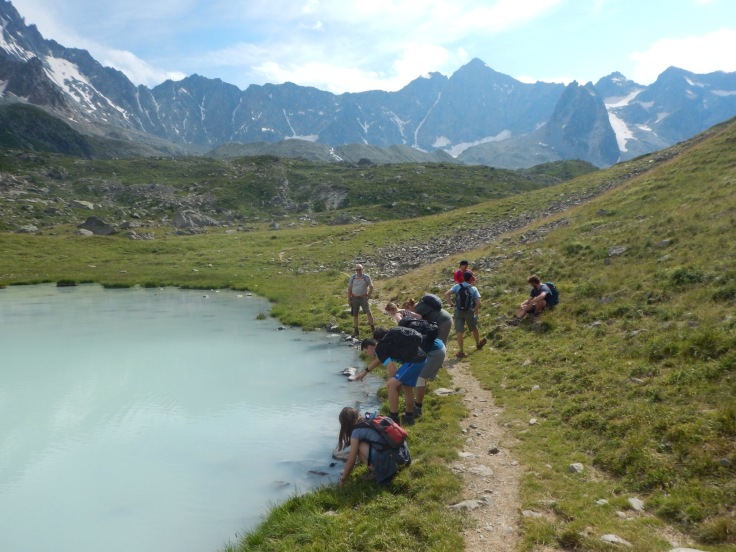 From the col, the descent was quite steep and rocky, and difficult underfoot. It took us about 2 and a half hours to reach the van. Our feet were hot and we were all quite tired but agreed it had been a great walk. 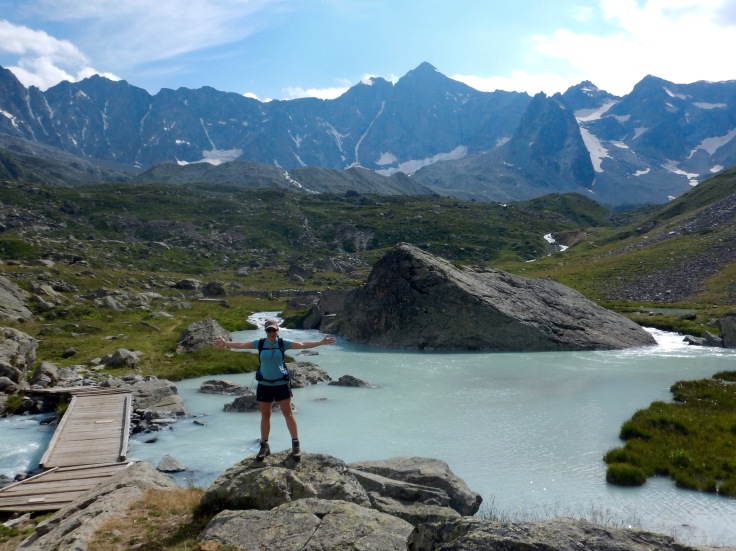 Back at the campsite, we showered and changed. I put the kettle on and lit the cooker for the pizza and garlic bread. Immediately, smoke poured from it and I pulled the door open, to see flames and inhale noxious fumes. I’d forgotten to remove the non slip matting that we put under the grill pan so it doesn’t rattle when we drive and this had caught fire. I was panicking in case I couldn’t put it out and the van caught fire but, thankfully, when I pulled the grill pan out the flames died down quite quickly. Luckily the oven was easily cleaned and it wasn’t long before we were enjoying our dinner. I wonder what drama we’ll have tomorrow!