John packed the bikes on the back of the van to go mountain biking from Puy St Vincent today, 30 minutes up the valley. The plan was to get the ski lift up and bike back down. Matthew’s young children, Evie and Ollie were doing the easier blue run so we thought it might be suitable for me.

Not so! John went up on the lift with the others and without me to check it out. The teenagers arrived back at the bottom lift first, with Adam saying how his hands we aching from holding the bike and braking. This sounded a bit ominous to me, although they would have been going far faster than I would want to! Shortly afterwards, John arrived back. ‘You’d hate it’, he said. ‘It’s much tougher than the blue at Llandegla!’

Therefore, instead of mountain biking, I went back to the van and collected my book, sun cream, sun hat, towel, water and bikini and paid to relax by the pool. I managed to get a sun lounger with lovely views over the mountain, where I could watch as everyone finished the mountain bike trail, and it was great to be able to swim in the pool when I got too hot. 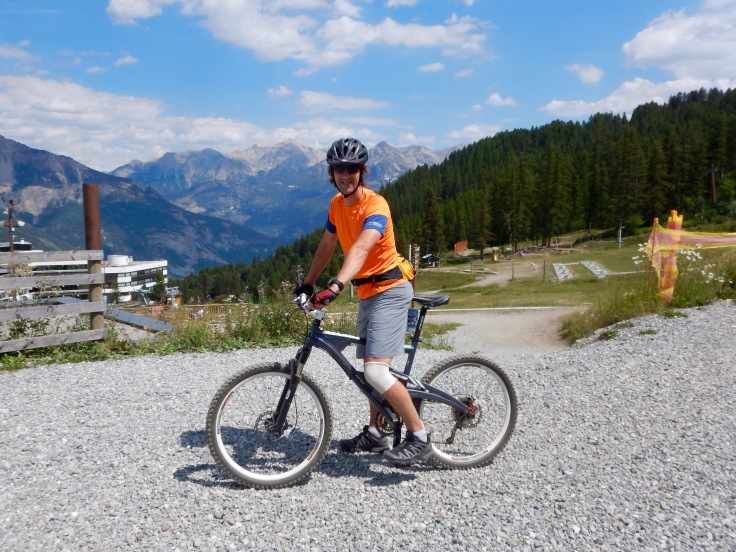 John did the mountain bike run five times and, apart from a few scrapes, managed not to injure himself. He finished filthy but happy. I think I had the better deal though 🙂