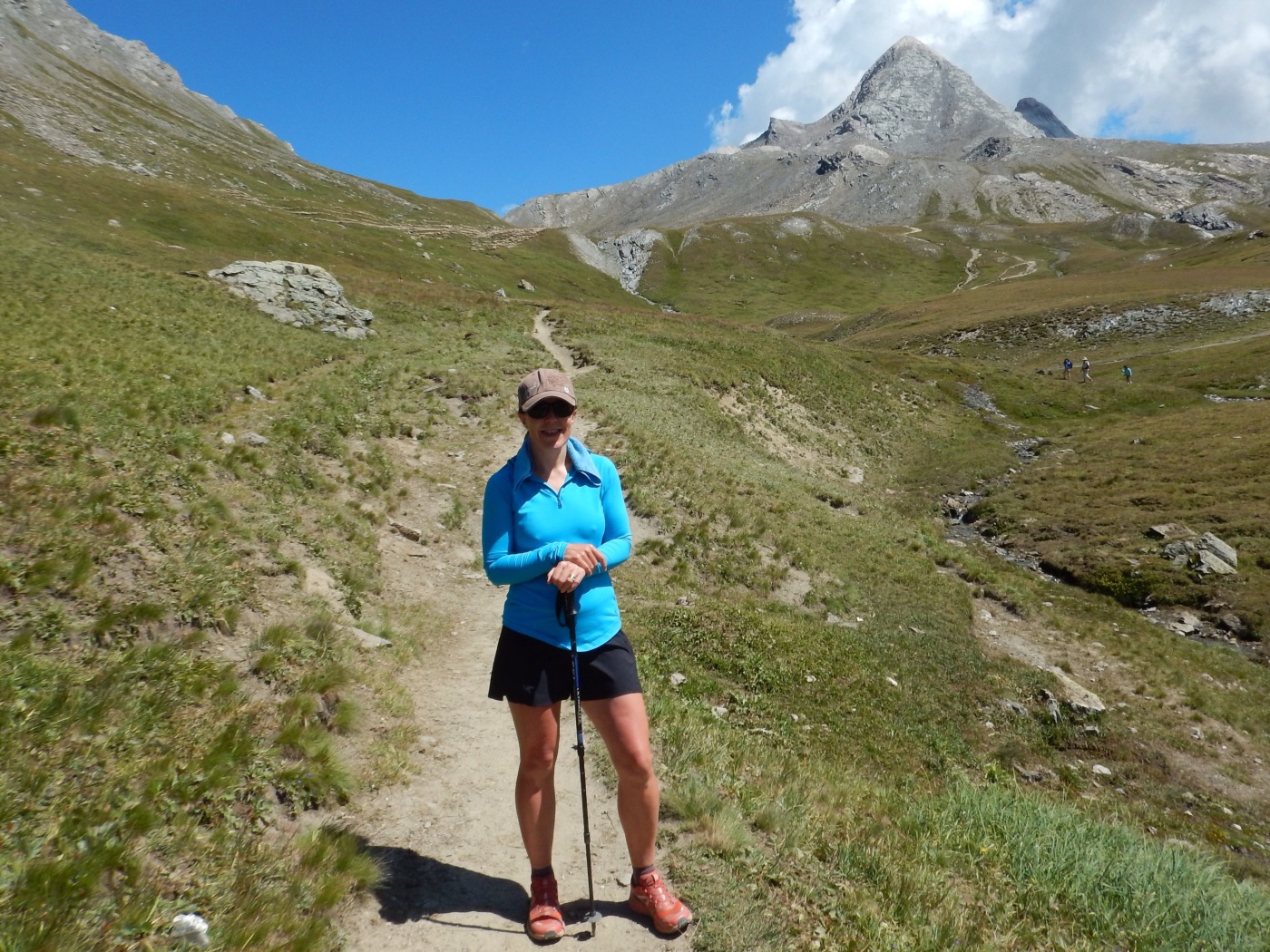 We stayed in Refuge Agnel for a second night so we could climb another 3000 metre mountain, Pain du Sucre. We rose at 6.45 for breakfast at 7.15 after a disturbed night’s sleep, not unexpected for our first night at altitude. Also, I’d drunk so much water to make sure I didn’t get dehydrated, that I got up twice in the night for a wee! 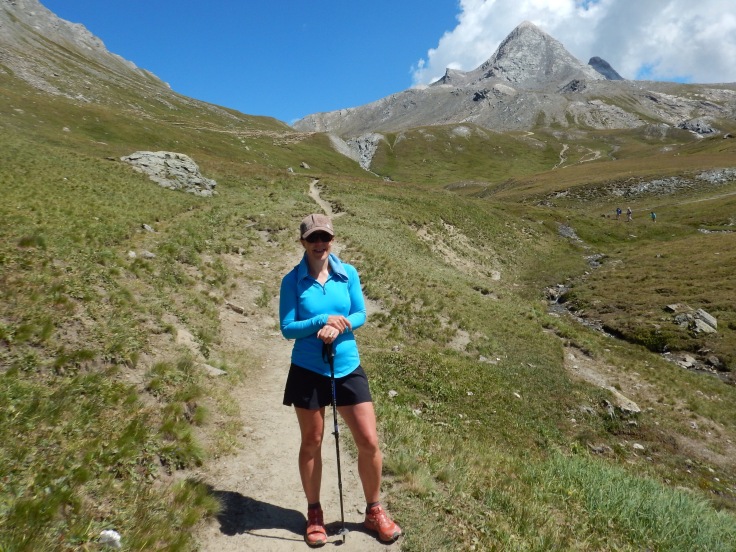 After a breakfast of coffee, bread and jam, we collected our picnic, said goodbye to the British and Dutch people we’d sat with to eat our meals, and started our walk. We planned to climb the 3208 metre mountain before dropping down to see a couple of lakes. It was lovely and cool when we left and we made good progress, feeling less breathless at altitude than we had yesterday. We reached Col Vieux (2800 metres) quite quickly and comfortably.

As we climbed further, the views became better and better, the terrain became steeper and rockier, and we had to look carefully for the red marks showing the best path. Finally, we reached the summit and some Italians pointed out the neighbouring peaks, including Mont Blanc, Gran Paradiso and Monte Rosa, many miles away. Stunning!

We retraced our steps back to the col, having an argument at one point because I’d picked the wrong way and we could no longer see the red markers. I was now carrying the pack (we’d left one at the refuge) and was reluctant to climb back up!

After having something to eat, we dropped down the opposite side of the col from the refuge to see Lac Foreant and Lac Egourgeou. Both were a beautiful blue-green, framed by rocky mountains and alpine pastures with beautiful flowers and butterflies.

After a second lunch by a waterfall, we set off back to the refuge, before I got too sunburnt… I’d forgotten to put sun protection cream on yesterday and was a bit pink.

Tomorrow we have a long day. I hope we have the room to ourselves again, although it’s Saturday and the refuge is busier so this seems unlikely. I also hope the food is good again… Hiking makes me hungry!