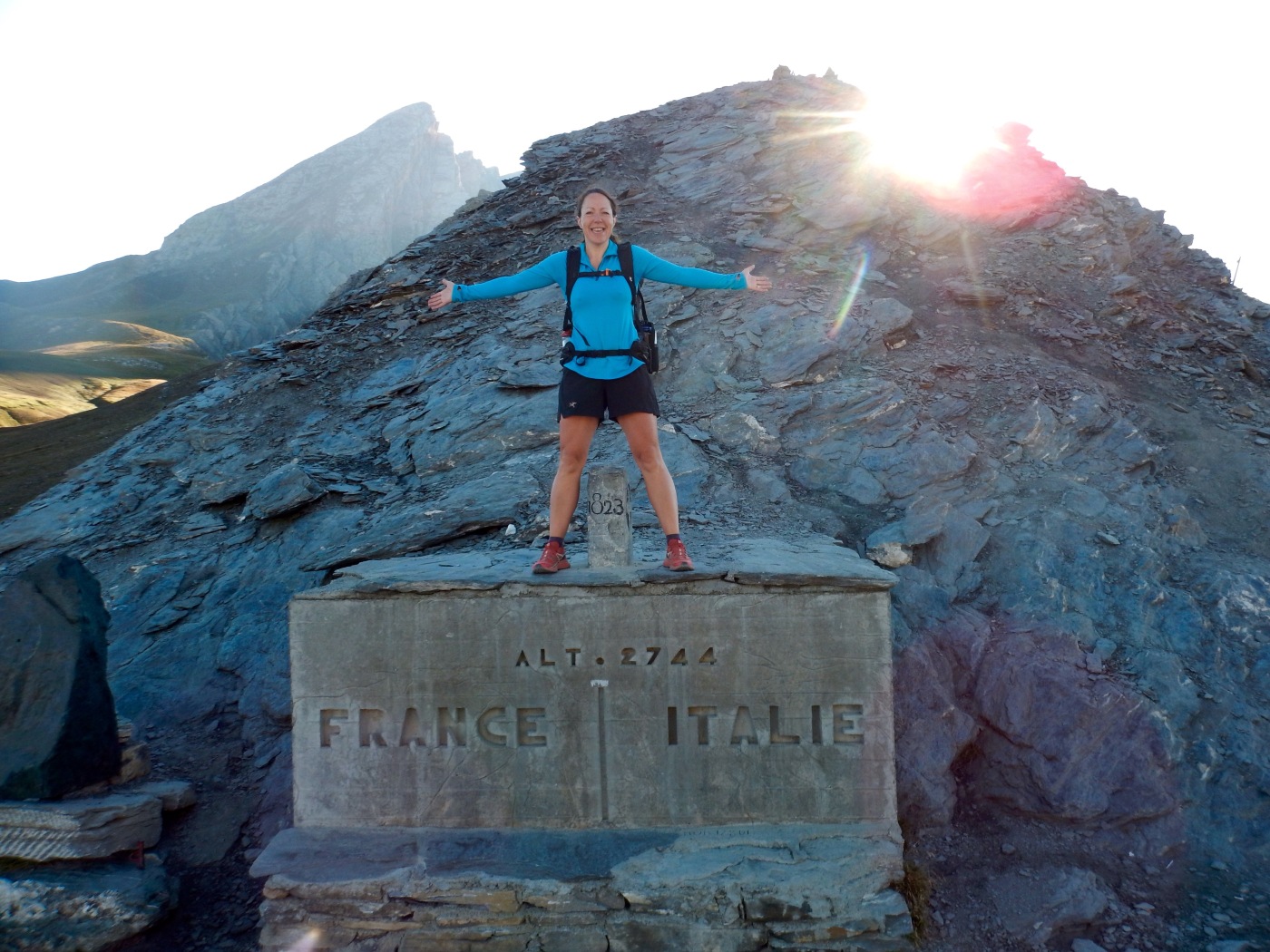 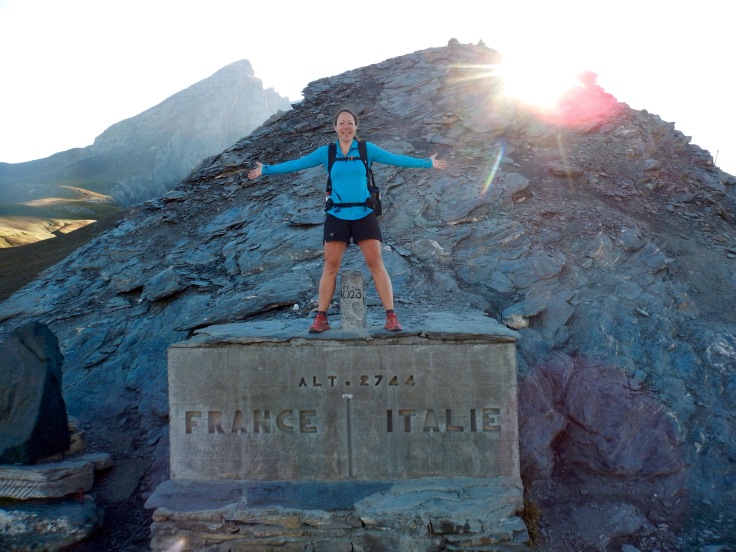 After enjoying the views, we began a long descent to Granges del Rio (2000 metres), stopping for a coffee (and to use the toilet!) at a quaint little refuge.

The path down was steep and not well marked and, at one point, I turned my ankle, fell and grazed my knee. 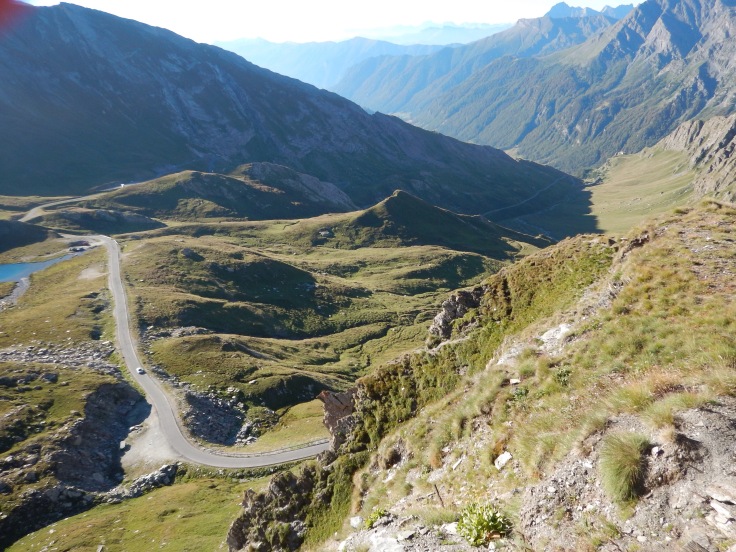 Nevertheless, we soon reached the village and began our ascent. The route climbed steadily at first, following a river and through high alpine pastures, before becoming steeper and zigzagging through scree.

We stopped when necessary to catch our breathe and finally popped out on Col della Losetta at 2872 metres.

Now we had to decide whether to climb Pointe Joanne 180 metres above (3052 metres). I was tired; however, I couldn’t resist the challenge. We rested often but reached the top in about 30 minutes.

The views of Monte Viso (3841 metres), the Soustra valley we’d come up, and the valley that we’d descent to Refuge Viso, following the Guil river, were fantastic.

Back at Passo della Losetta, we carefully checked our route, a bit confused because we’d forgotten about Col de Valante (2815 metres), which we’d visit next. We circumvented Pointe Joanne in the shadow of Monte Viso and soon got to the col, with the remains of winter snow. 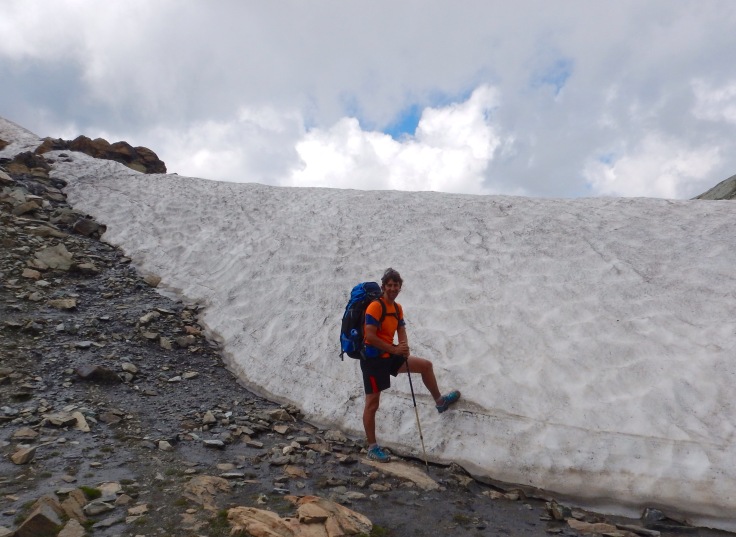 The route down from the col was very tough, across boulder fields and down slippery scree. It’d been a tough day but we dug deep and kept plodding, using our poles to ease our aching knees and help prevent falls.

Finally, we reached pretty Lac Lestio at the head of the valley and the path improved. It was still another hour to Refuge Viso (2460 metres) but neither of us wanted to stop, looking forward to a shower and a beer, and hoping for a decent room. 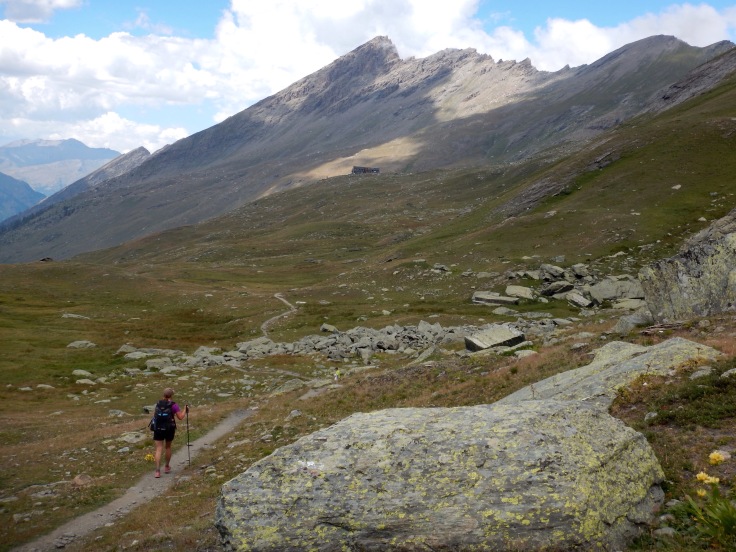 We are sharing with 4 French men who were at Refuge Agnel last night. They speak little English, and our French is dodgy, but we got by, chatting over another good dinner. They are our age and fun. Also, we’re in single bunk beds, rather than a long bench, so it’ll be ok. I have ear plugs in case anyone snores!