I don’t think any of us slept well last night. The room was stuffy and we took it in turns to go to the loo. Therefore, we were up early for breakfast and, when we set off, there was still frost on the ground. It was lovely and peaceful and we had the paths to ourselves.

In the cool morning air, we soon climbed the 400 metres to Col Selliere (2834 metres) on the Franco-Italian border. Once again, the views from the top were fantastic and I was made up to see a cloud inversion, with distant peaks poking through.

We tried to spot chamois on the way down, having seen cloven hoof prints on the path, but to no avail. The descent was steep, over slippery schist and through boulders to the small Lago Lungo and Rifugio Granero (2377 metres) where we stopped for a drink… A beautiful refuge in a beautiful, quiet spot.

After this, the descent was steadier, first through beautiful meadows and then through forest and along a river. In the wide valley, there were lots of Italians camping, and lots of noise from them chattering and enjoying themselves, as well as the bells of the sheep and cows being herded… A complete change from the peaceful start to our day! 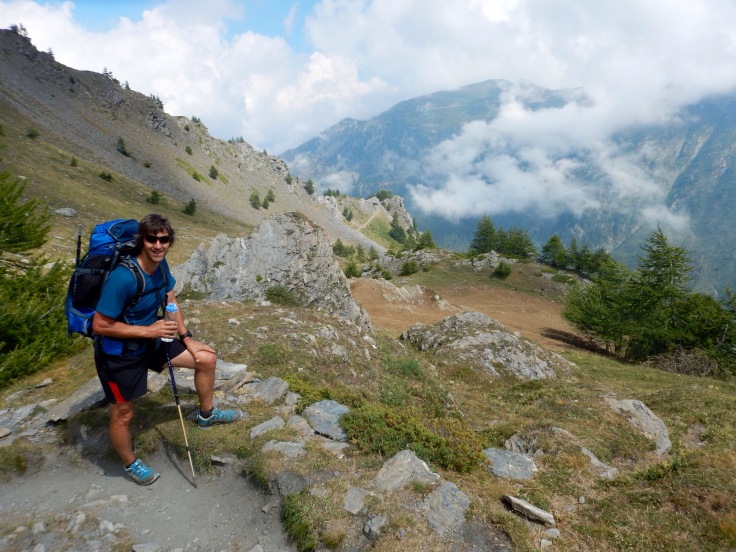 We had a snack and a beer in Rifugio Jervis (1732 metres) before our final, steep ascent to Col Lacroix (2299 metres) to cross the border back into France again. The path was well made and zigzagged 600 metres up the hillside. It was quite hot now and we were glad of the shade of the trees. 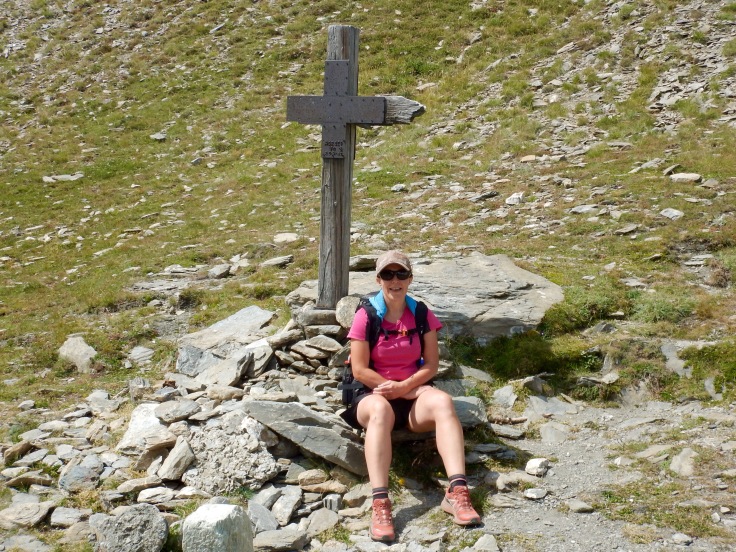 After this, we followed a gently falling path through meadows and forest to the hamlet of L’Echalp, where we easily found where we were staying in Gite 7 Degres Est. This is a more upmarket type of accommodation than the refuges, although still fairly basic. 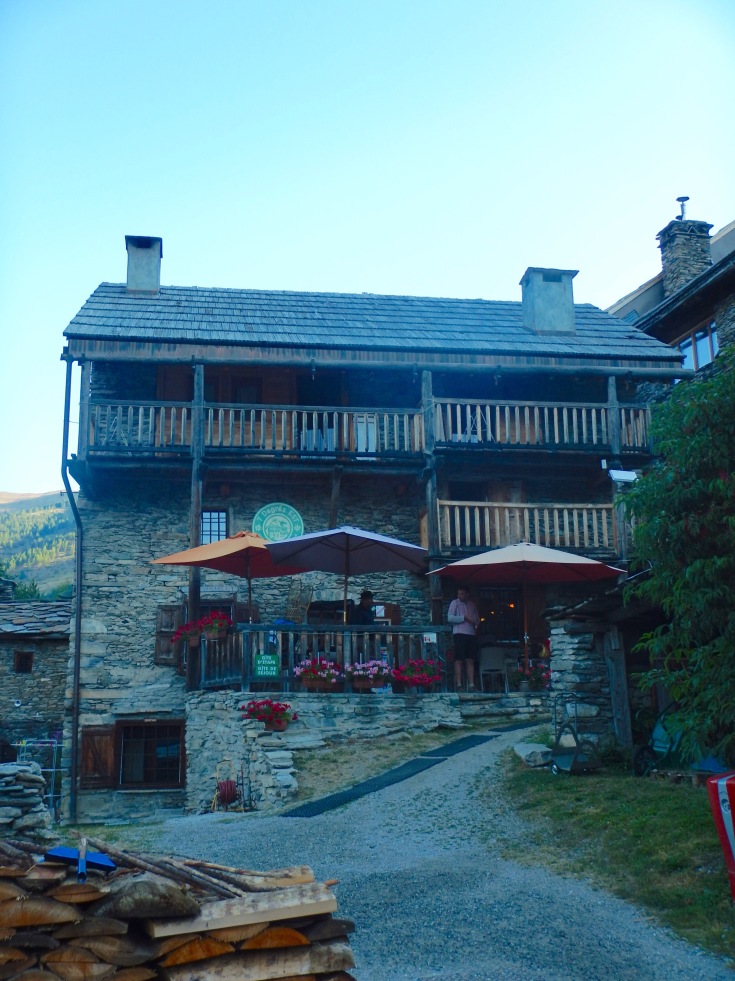 We both agreed we had seen some of the prettiest scenery of our trip so far today, a change from the stunning far rang in views from the 3000 metre peaks on previous days. We are now settled in our spacious and comfortable 6-bed dormitory, have done our washing and enjoyed a beer and ice cream. I hope we sleep better tonight.