My overwhelming feeling is of having lost 2 days. We’ve arrived in Sydney on Tuesday evening having left home early Monday and it feels as though the world has just kept turning around us while we were in some sort of weird time zone in the sky. We saw the sunrise over Singapore and we saw it set as we flew into Sydney, and I know where I am but I can’t quite believe it. It doesn’t feel real and I’m having times where I feel quite spaced out. 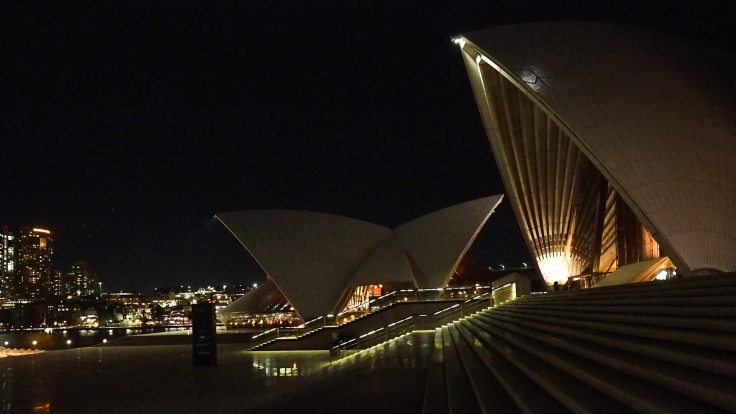 Our friend from our school days, Sean, lives in Sydney and had offered to collect us from Sydney Airport and give us a whistlestop trip to see the sights. We’re only in Sydney over night so he took us to see the harbour bridge and the opera house, and we had dinner together, catching up and enjoying the view before returning to our hotel to sleep. I’d been worried I wouldn’t have the energy for sight seeing, but I’m so pleased this happened. 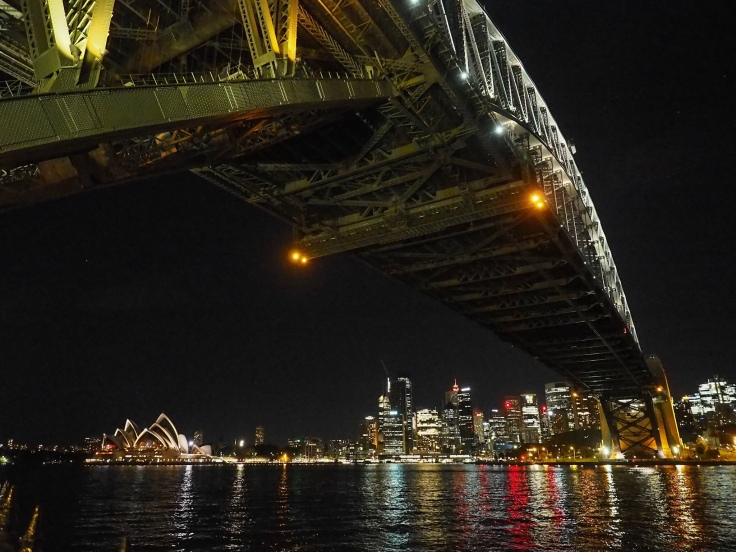 I was very tired and snoozed in the car when Sean took us back to the hotel. I didn’t have a lot of sleep on the planes, but I had more than I expected… 2-3 hours of broken sleep on each flight, punctuated by buzzers, announcements and a sore back. John and I agreed that the worst part of the flight so far was the second half of the 13-hour flight to Singapore when we were at our most tired and fidgety. It was fantastic to finally see Singapore appear as the sun rose over blue seas full of ships. 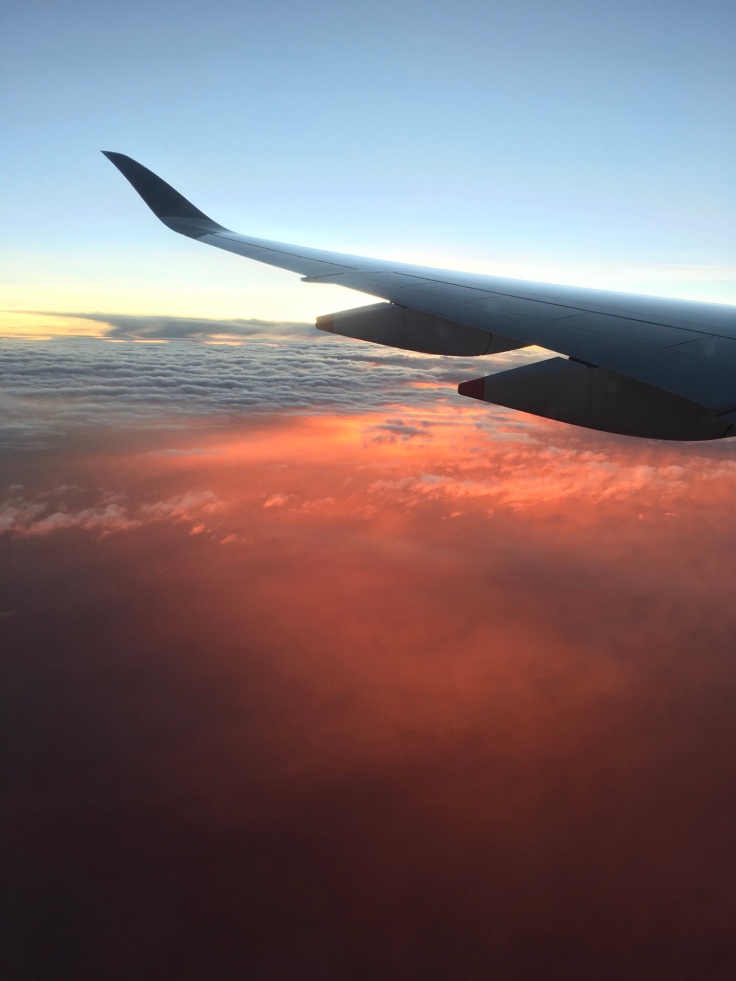 We didn’t have long to wait in Singapore for our second flight to Sydney and, therefore, we didn’t see much of the airport because the Sydney flight was leaving from the gate adjacent to the one we flew in to. We had time for a coffee and a quick wash, then we passed through security again before boarding the plane.

The 7-hour flight to Sydney was also with Singapore Airlines and felt much the same as the earlier flight from Manchester to Singapore… crochet, food, wine, film, snooze, read, food, wine… speaking of food, I’m sick of meat and noodles!

The plane journey was a little bumpy at times and at one point the cabin staff had to sit down with their seatbelts on as we crossed the jet stream. The stats on the seat back information system said the tailwind was 120 miles per hour at one point. After watching the sun go down and the lights of Sydney appear, we finally landed at about 7 o’clock in the evening. 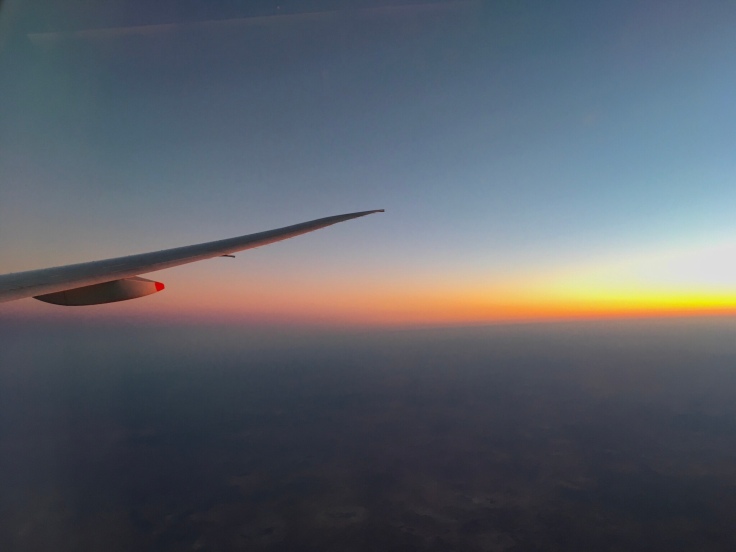 It’s now 6.30 in the morning, and we’re back at the airport for the final flight to Hobart, but more on that later.