After our early get up to see the lunar eclipse, we dressed and went into Hobart for breakfast with Richard and my nephew, Thomas. They went to have their hair cut while John and I wandered around Salamanca Market. This is an outdoor street market by Hobart waterfront. It has over 300 stalls selling Tasmanian produce, including hand-worked glass, clothing and jewellery, organic produce, artworks, bath and body care, ceramics, wood and leather goods, cheeses, breads, wines and spirits, and flowers. We were very early and it was lovely to wander through the stalls before the market got really busy. 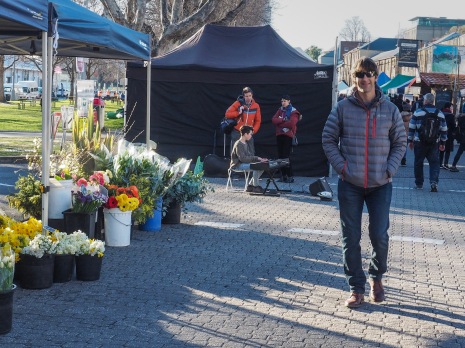 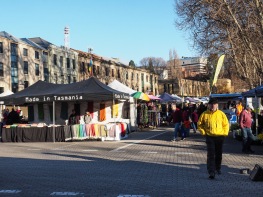 After breakfast, Richard and Tom went home. John and I had a wander through the streets adjacent to the market where there were lots of lovely art and craft shops. I resisted the urge to spend a small fortune! 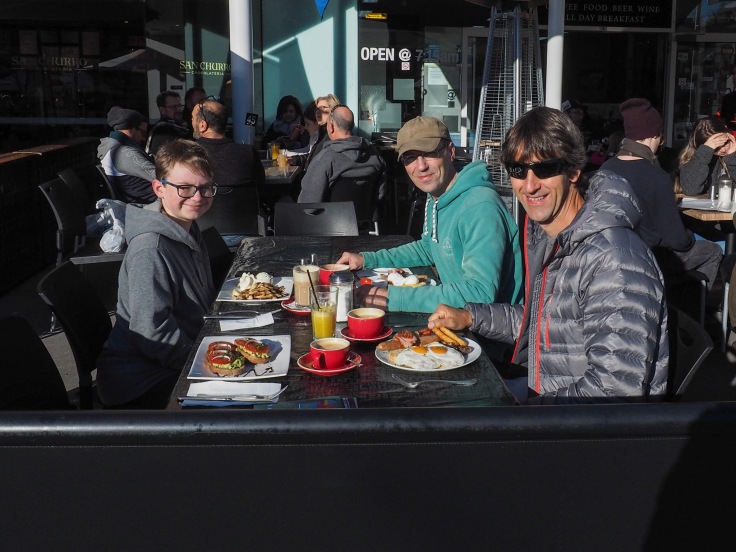 We had been planning to visit some of the museums. However, it was such a beautiful day that we decided to wander up to Battery Point instead. This is a suburb on the outskirts of Hobart, named after the guns that once made up part of Hobart’s coastal defences. It is one of the city’s most picturesque areas with a mix of types of houses, dating from the first European settlement of Hobart. It includes Arthur Circus, which was built for officers of the garrison. Some of the properties in the area are large and extravagant, and now very expensive. 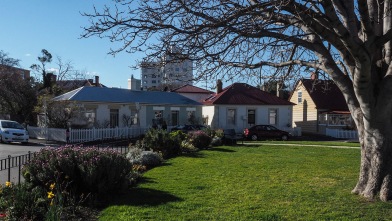 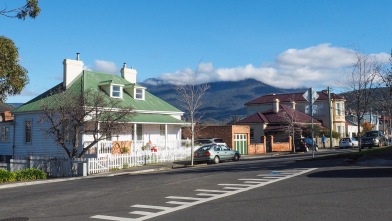 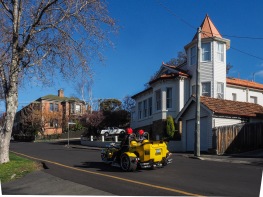 We then strolled back into Hobart and wandered along the waterfront, enjoying the sunshine and views, watching seals and looking at the ships and learning a little about Hobart.

I hadn’t put the right shoes on for walking and my feet were hurting so we sat for a bit and watched one of the seals waiting to be fed at one one the boats moored in the harbour selling fish. 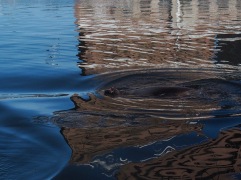 After lunch on the pier, we decided we’d had enough and were ready to go back to Richard’s. We gave him a call and, while we waited, popped back to the market for some flowers for Rachel. We also couldn’t resist the jam doughnuts!

When Richard arrived, he suggested a trip up Mount Wellington as the weather was so good and we’d have great views. Great idea!

It was further than it looked to get to the top of the 1271 metre high mountain, and the narrow road gradually wound its way up with fantastic views opening up below us. We parked in the huge car park on the top, along with dozens of other people. As it’s winter here in Tasmania, there was some snow on the ground and it was much colder than it was at sea level in Hobart.

When we arrived there was some light cloud swirling around but it soon cleared and we enjoyed looking down on Kingston, Hobart, the Tasman Bridge in the valley far below. The coastline disappeared for miles into the distance. 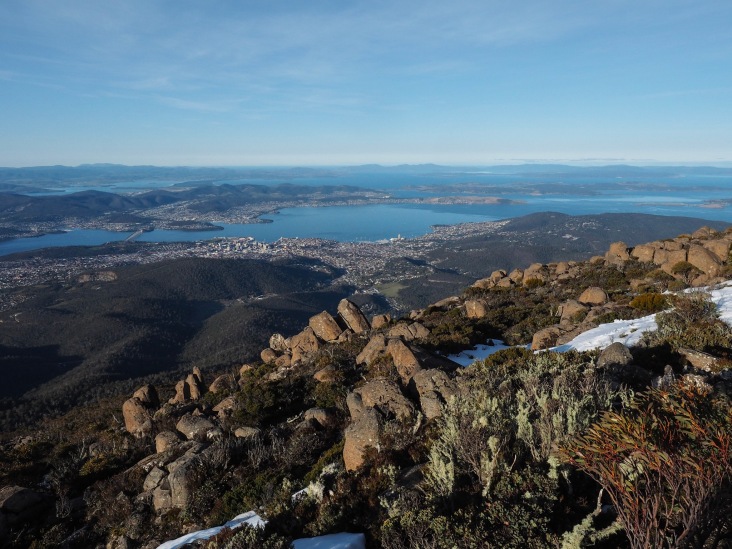 When we got home, Rachel was cooking curry for tea. She’s really looking after us and we’re thoroughly enjoying our stay.

2 thoughts on “A city and a mountain: Hobart and Mount Wellington”