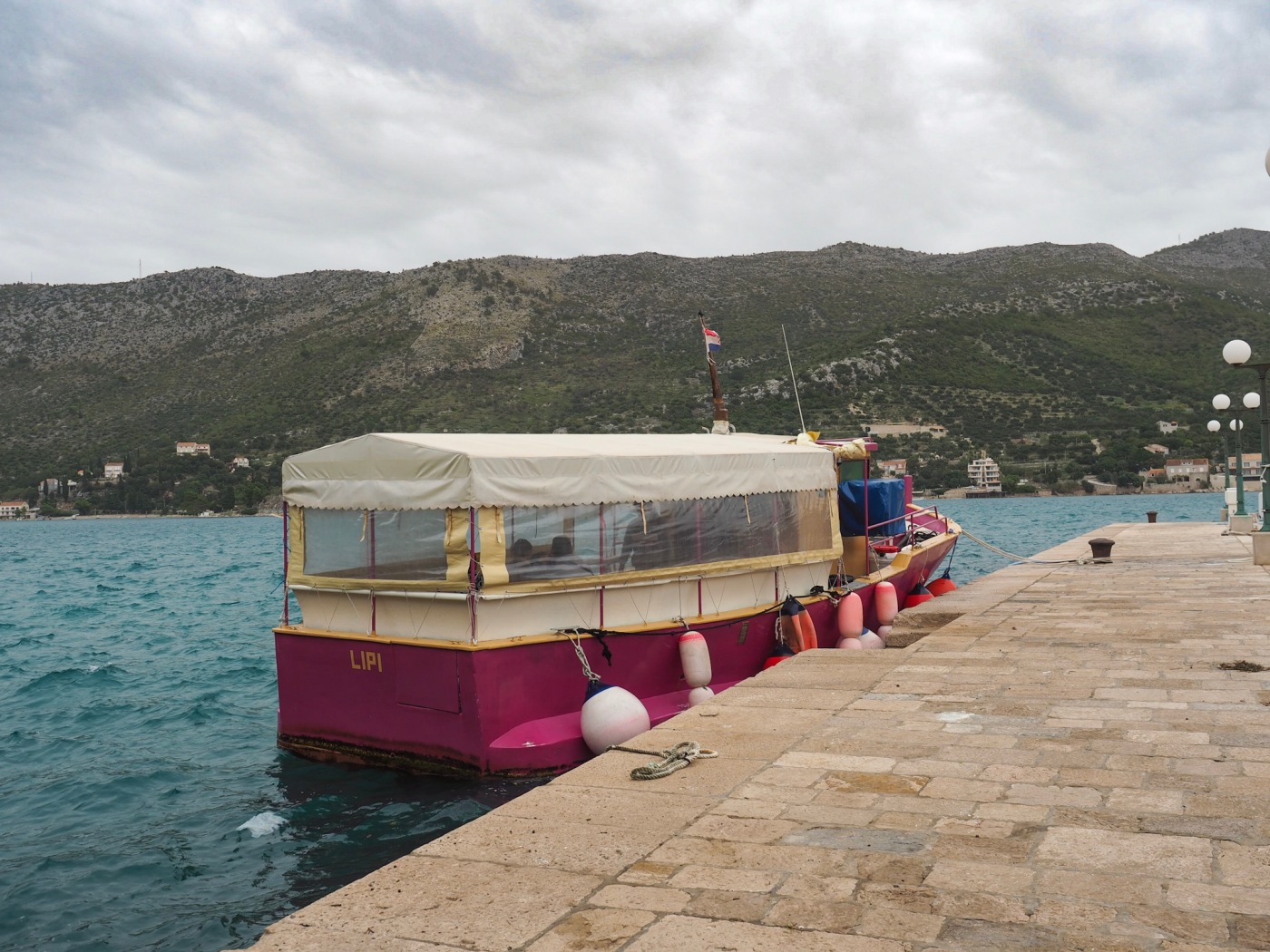 Yesterday, we booked a 3 Island cruise for today, a 6-hour trip from Dubrovnik, west along the Croatian coast and back via the islands of Lopud, Sipan and Kolocep, including some beautiful caves. We were advised that the boat would have 2 decks, with shaded and sunny areas, a party zone at the front (although we didn’t expect much to be happening there!), and that there’d be plenty of space on board because everywhere is so quiet now its the end of the season. We were promised free local drinks all day and a meal, all for about £30. Too good to be true? It appears it was! 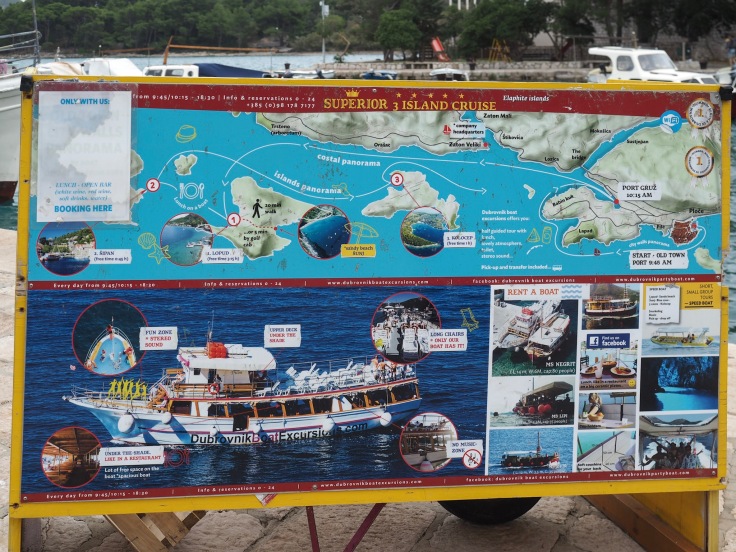 We arrived at the port this morning, with our new friends John and Jane, and excitedly took photos of our ship. Then a rep arrived, took our money and ushered us over the road to a minibus, where the driver was beeping to hurry us. I tried to protest… Nobody had mentioned a minibus. Where were we going? And why weren’t we getting on the boat behind us? The others seemed happy though… Maybe I was worrying about nothing, as usual! 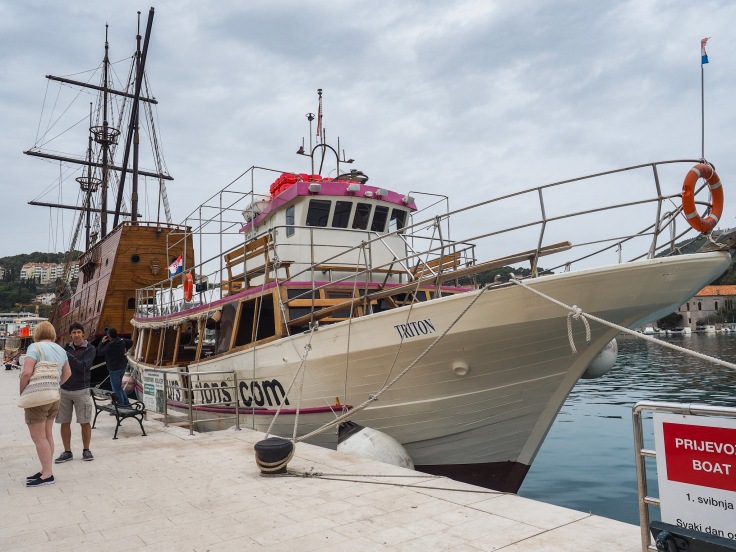 After about 15 minutes, we arrived in a small village called Zaton Veliki. The village was deserted and a small boat called the ‘Lipi’ was standing at a jetty. Our driver pointed towards it, advising us that we could get on it or wait for the captain. I asked the others ‘Is everyone else happy about this? I think this trip has been mis-sold and I’m really not sure about getting on that boat!’. The weather was deteriorating, with the wind increasing and some spits and spots of rain. Although I was still happy about going out in a big boat,  I really wasn’t sure about getting onto this small boat. There were about 12-15 people waiting and we’d have been sitting on bench seats with our backs against the plastic windows… Perfect for watching the scenery and taking photos… not! I wondered if there was a toilet or a bar onboard, or life jackets, and how they were going to cook our promised dinner. 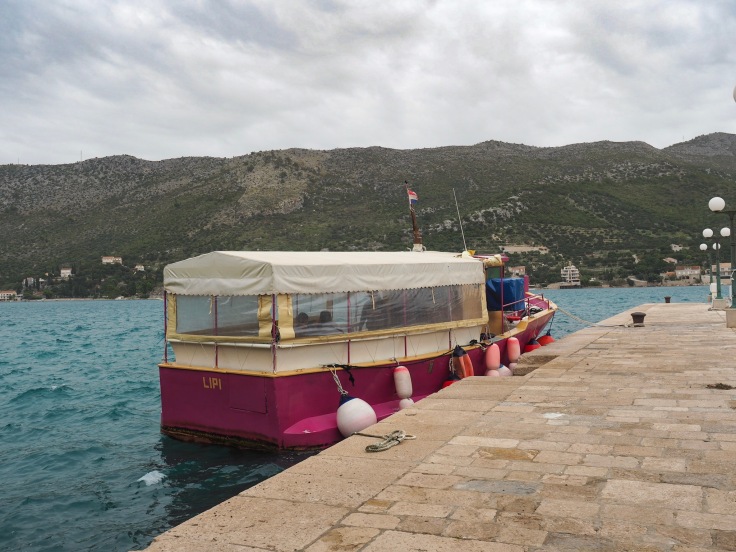 The others agreed that they weren’t happy either and we asked the driver if we could have a refund. He said we’d have to wait for the captain. While we were talking to the driver, a Belgian man and his family got off the Lipi and came over. It turned out they felt the same as us, that the trip had been mis-sold and they’d been promised a larger boat with plenty of space. By now, there were 11 of us waiting for a refund.

Fifteen minutes later, Captain Joe arrived with about 10 more people. When he found out we weren’t happy about the boat he was cross, telling us we’d been told it might be a smaller boat if they didn’t fill the large boat. This wasn’t true and, in any case, I had reservations about going out in the small boat in the wind and rain. John gets sea sickness and, having talked him into doing the trip, I didn’t want him to be ill. The Captain stormed off to his boat telling us we should go on the trip and, if we didn’t enjoy it, he’d give us a refund afterwards. There was no way I was going anywhere with such a rude and nasty man and, the others agreed. The Belgian man and a lady with 2 teenage girls followed him towards the boat and I assume were arguing further, while we discussed what to do next with John and Jane. When the 2 families came back to us, the girls were in tears. The captain had got very abusive. We then watched him sail off with out us. 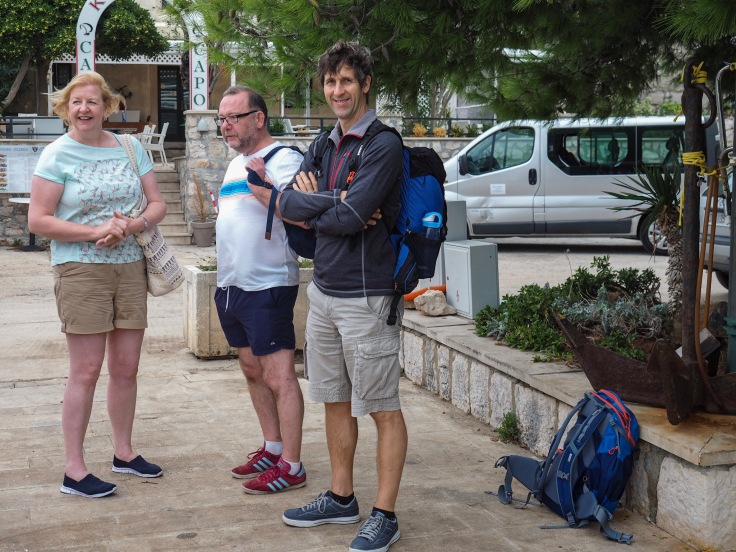 The driver said he’d take as many of us as he could back to Dubrovnik, but would only do one trip.  We agreed with John and Jane that the families should go and we’d get a bus or taxi. However, after they’d gone, we remembered it’s a bank holiday and the buses may not be running! The local bar wasn’t much help because, as it was pretty much closed down, nobody in there could speak good English. We went back to the bus stop on the main road and John managed to book a taxi for 45 minutes time. By now it was raining heavily and we were glad there was a decent shelter, and that we weren’t on the boat, from which the promised views would have been non-existent. While we were waiting, thankfully, a bus to Dubrovnik pulled up, so we climbed on board and John cancelled the taxi.

Back at the guest house, Christina made us coffees and called the boat company for us. Miro, the rep who’d sold us the tickets was quite helpful, but obviously knew the Captain, who we now found out owns the company, wouldn’t give us a refund. When Christina phoned the captain, he was rude to her and just told us to go to the police station. She was angry about the whole thing, saying he should have cancelled, and telling us 8 people died in an accident on a similar trip in poor weather! We agreed this wasn’t going to spoil our holiday though, and decided to put it behind us, get changed and go for lunch. 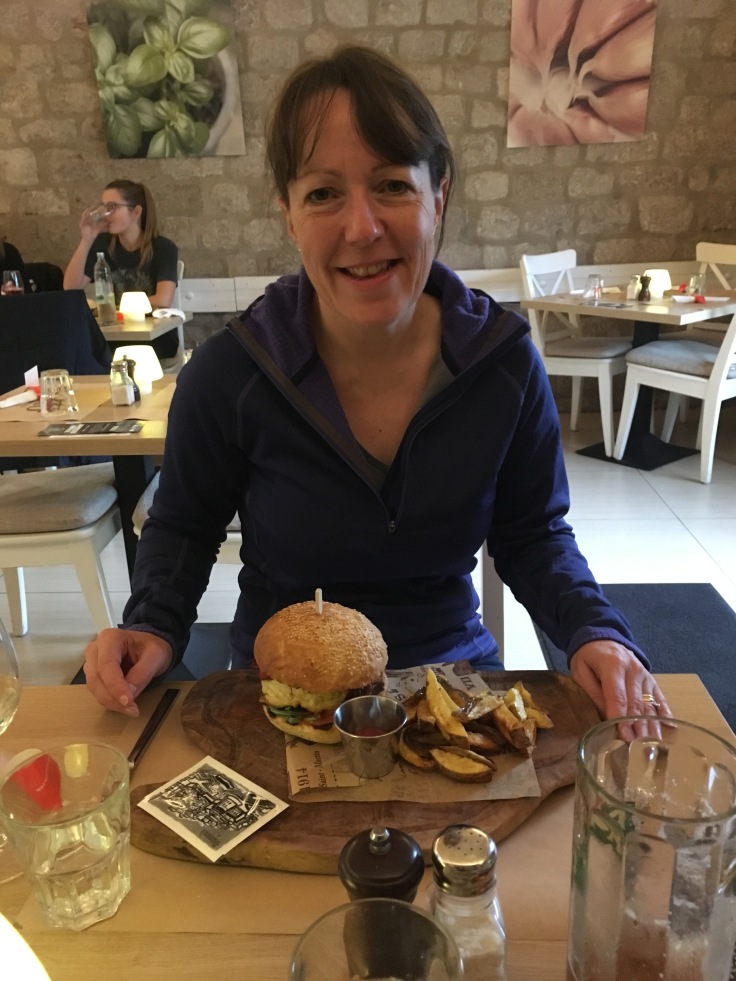 I’m cross that I didn’t check the reviews of the company because there are lots of similar complaints; also, that I didn’t dig my heals in and check what was happening before we handed over our money and got into the minibus. However, it’s done now. And hindsight is a wonderful thing. Over lunch, John and I agreed, we did the right thing… better to be annoyed about losing £60 to a rude man, than be miserable all day in a small boat on a choppy sea.

We’re now having a lazy afternoon, sitting in our apartment reading, while it’s raining hard outside. Out of the blue, Jane has just texted to say she has a refund for us! Apparently this is thanks to Christina’s phone calls to the company. We didn’t expect that! I hope the 2 families managed to get refunds too.

One thought on “Mutiny on the Lipi!”