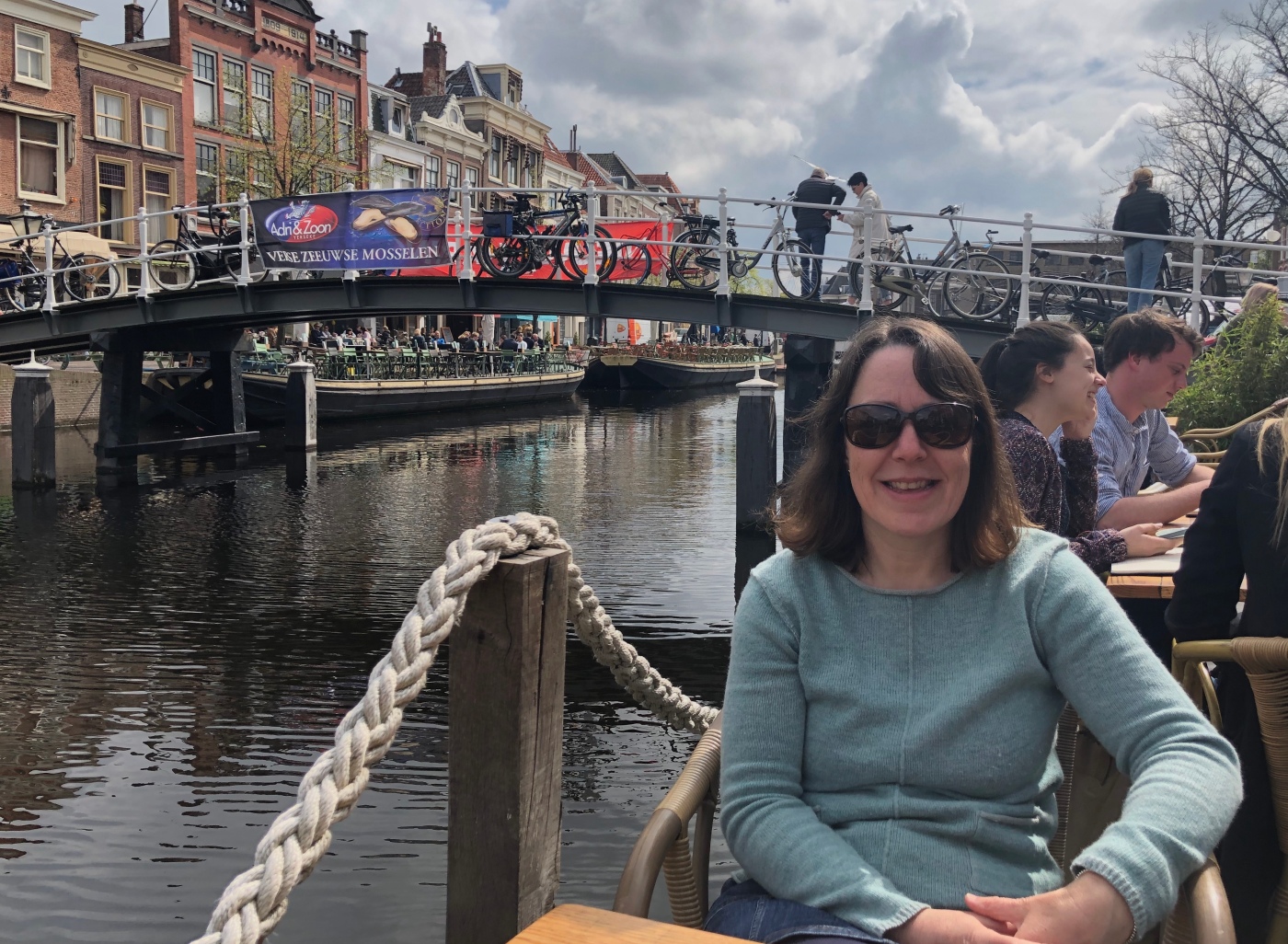 Today we’ve had a lovely day exploring the old university town of Leiden. We woke at 8.10 after a great night’s sleep… I hope there are lots more lie ins to come now we’ve finally relaxed and entered holiday mode. I fancied a croissant and coffee for brekkie so, after a cup of tea in bed, I got up, washed and dressed, ready for the arrival of the bakery van which visits the camperplaats each morning at about 9.00.

After a breakfast we decided to get going. It was overcast and the forecast was for rain later in the day so we wanted to get to Leiden and back before we got wet. The bike ride was about 10 miles each way along the canals. We were held up twice as bridges across the canals opened to let boats through. That wouldn’t happen at home! 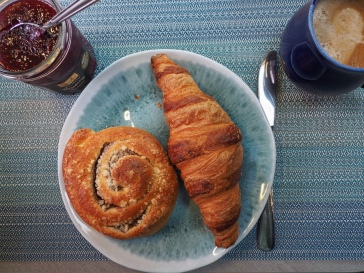 When we reached an old and impressive gate into the town centre, we decided to lock up our bikes and continue on foot. We followed the canal that circles the town, which was used for fortification many years ago. This seemed to be the best way to get to the tourist information centre to get a tourist map to follow. We wanted to make sure we saw the best bits of the old city, starting with a windmill near tourist information. I’m still not bored of seeing windmills, even though they’re everywhere!

By now the sun was shining and it was lovely wandering through the old streets, along the canals, peering down alleyways and admiring old buildings. 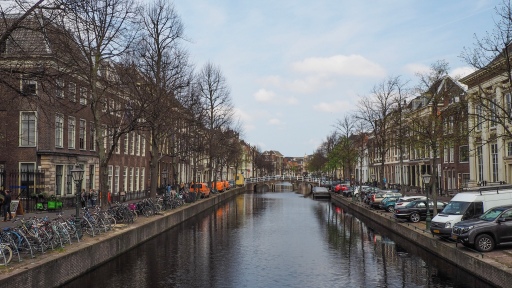 It seemed strange to see another windmill in the centre, and huge ships with masts towering above the buildings! 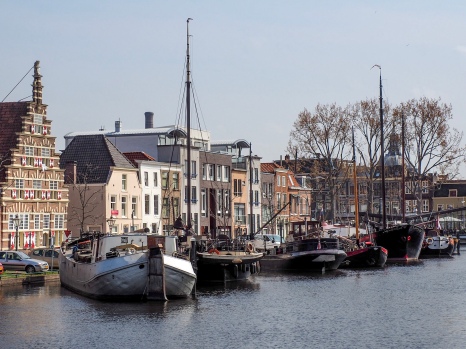 As well as being the oldest university town in The Netherlands, Leiden is famous for being the birthplace of Rembrandt. We didn’t visit the Rembrandt exhibition though, preferring to wander in the fresh air. There are some impressive buildings in the town, including the town hall, a couple of big churches and a couple of prisons where people were executed publicly in the squares.

When we reached the Corn Bridge over the Old Rhine, which flows through Leiden, we decided to stop for lunch. We chose a cafe on a pontoon on the river. The food was delicious and, luckily, although the sky had got quite dark now, the rain kept away. 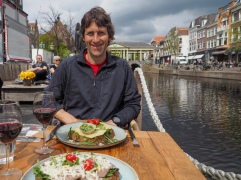 By now, everywhere was bustling with people… mainly students and tourists, I think. We’d seen enough and decided to head back after visiting the old motte and bailey fort. I was very surprised and pleased to find this hidden away in the town. There were great views from the top. 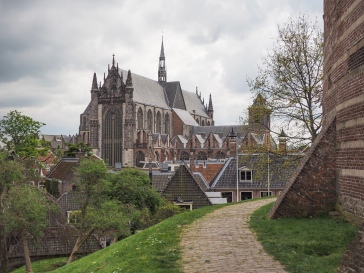 The 10 mile cycle back to the camper van was quite painful. As well as heading into the wind for much of the ride, John had a sore shoulder and bum (despite his padded pants!) and I had a sore back and sore knees. Must be getting old! At least the rain stayed away. And we’re glad we won’t be needing the bikes for the next couple of days!

We’ve now showered and packed everything away, ready to move on tomorrow. The bins, toilet and waste tank have been emptied, and we have fresh water on board. Tomorrow we visit Keukenhof Gardens bright and early, hopefully before the coaches arrive. After that, we’re heading up to Alkmaar where there’s a famous cheese market on Fridays. A lot of the campsites are fully booked because it’s Easter, but we have found some that have places free, thankfully.

One thought on “Looking around Leiden”