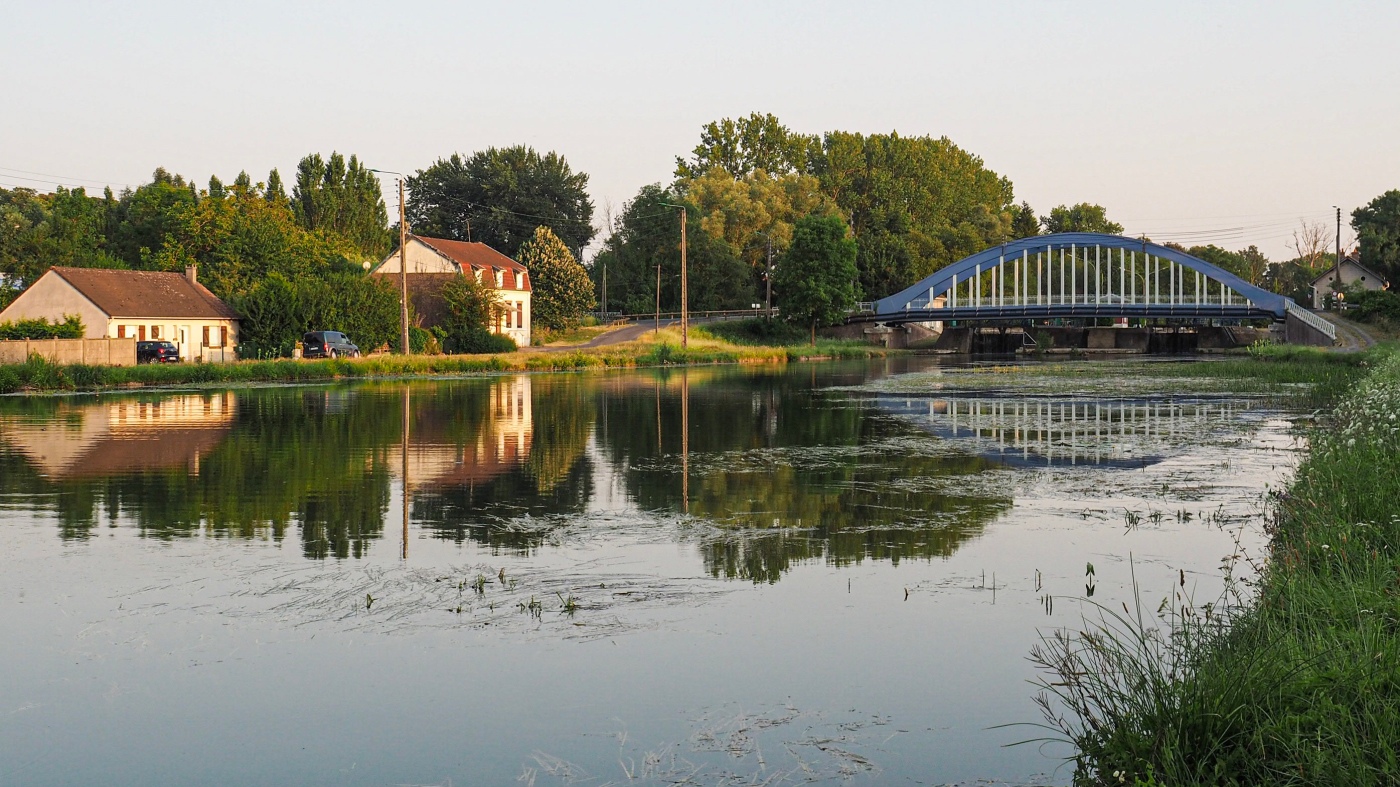 After the night’s thunderstorms we had an early start, to travel from home to the Eurotunnel and on to France. We did the last bits of packing and tidying and said sad goodbyes to Millie, and were away earlier than expected. 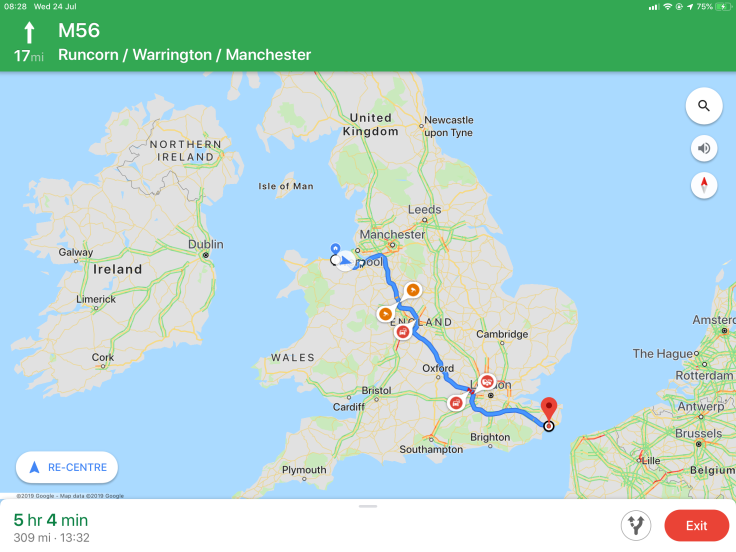 The journey was fairly uneventful… A coffee at Sandbach, a pasty near Oxford, a few bits for dinner in M&S. Then we hit the M25 and spent a frustrating 45 minutes queuing, watching the planes flying out of Heathrow overhead. 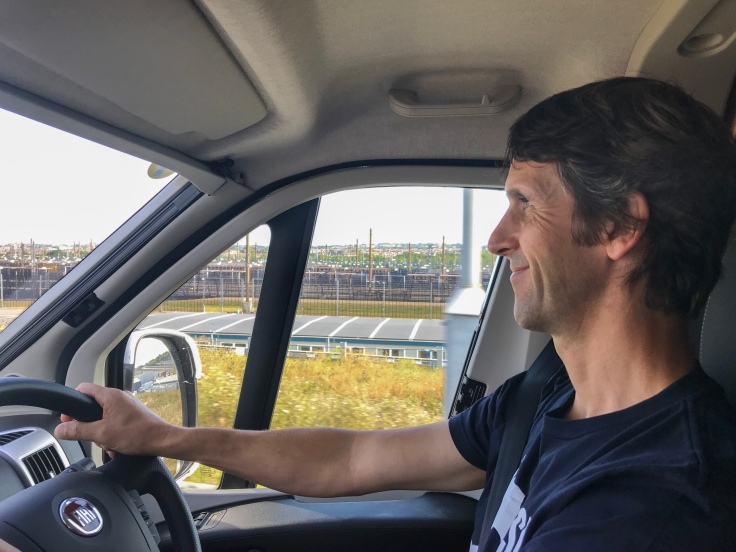 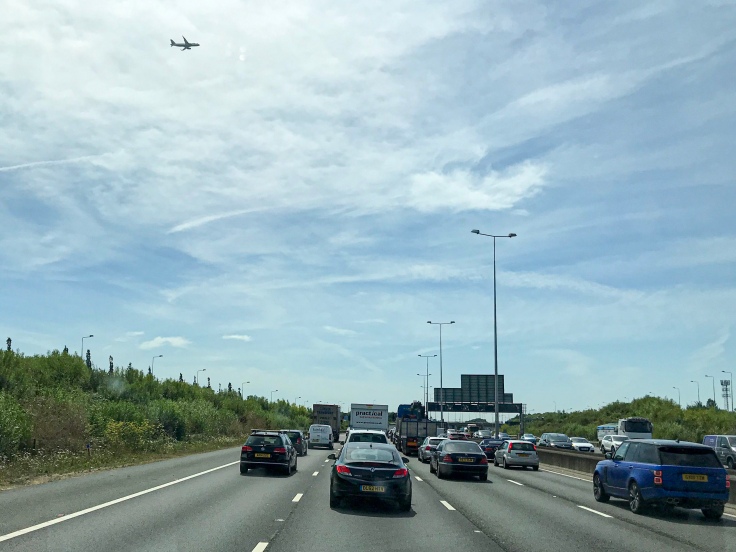 Our pleasure at arriving at the Eurotunnel terminal was short lived… our train was delayed. We opened a cold beer, then a guy appeared and told us we could go through passport control. Wondering if we’d been put onto an earlier train, we joined a queue. No such luck… we’d just been moved to wait somewhere else, surrounded by people who’d got off a coach in the next lane. We told them off for leaning on Bertie!

At least we were cool inside the van. I read a Facebook post from Our Tour, which was about keeping cool in a heatwave. This prompted me to book a campsite in St Jean en Royan for a few nights. At least we’ll have shade there, and hook up so that the fridge will be more efficient. 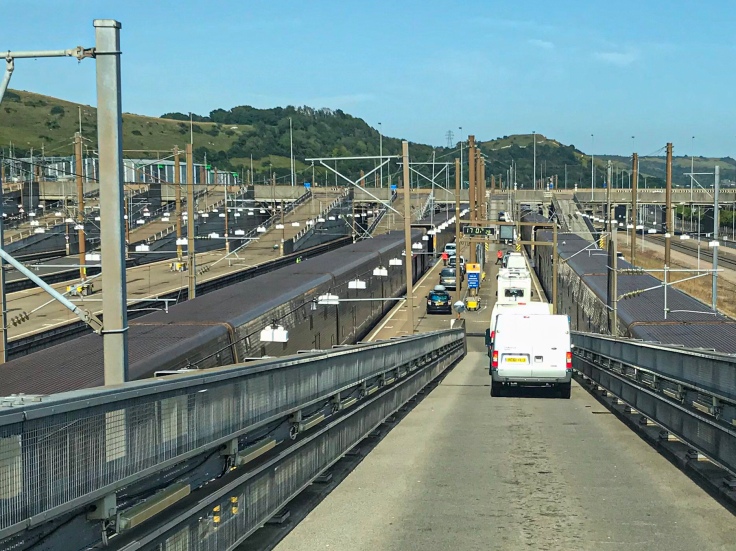 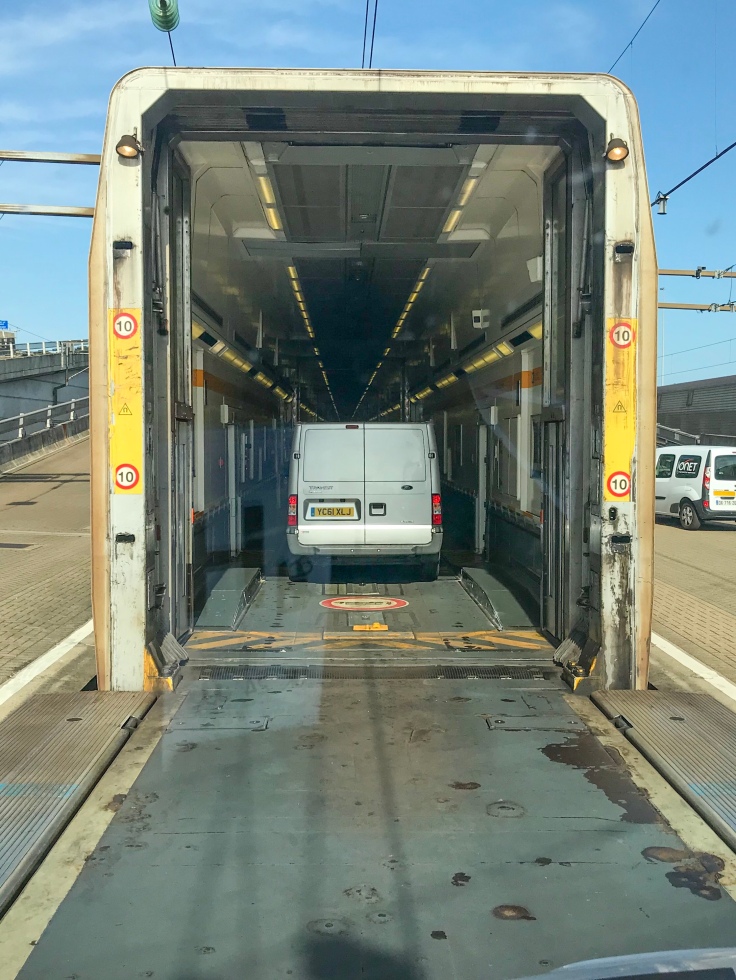 Finally, we were directed onto the train, and 35 minutes later were in France. After a panic thinking the new motorhome WiFi wasn’t working… I needed to switch data roaming on… and some anxious moments over whether our new toll tag would work, we were on our way to a motorhome aire that John had chosen, which was about an hour and a half away in Banteux. 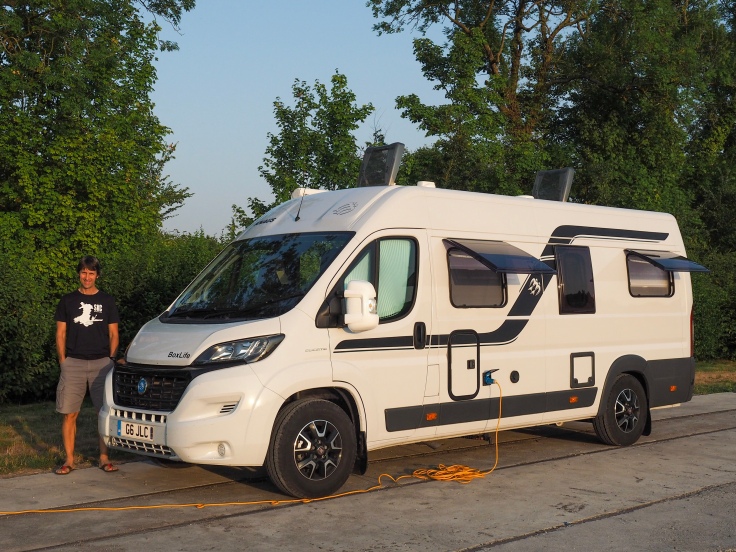 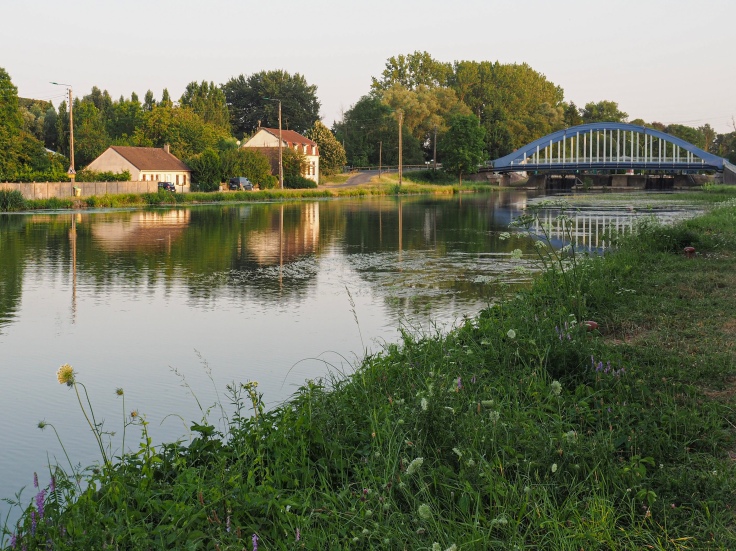 The aire was lovely and very peaceful… by a canal, with swallows swooping around. We paid our 5 euros, which included electric hook up and water, and settled down for dinner (and wine). We were amazed to be the only van in the aire, although another turned up while we were washing up. We sat with a cup of tea as the sun went down, enjoying the temperature at 10.30, hoping for a good night’s sleep… unfortunately, that wasn’t to be!