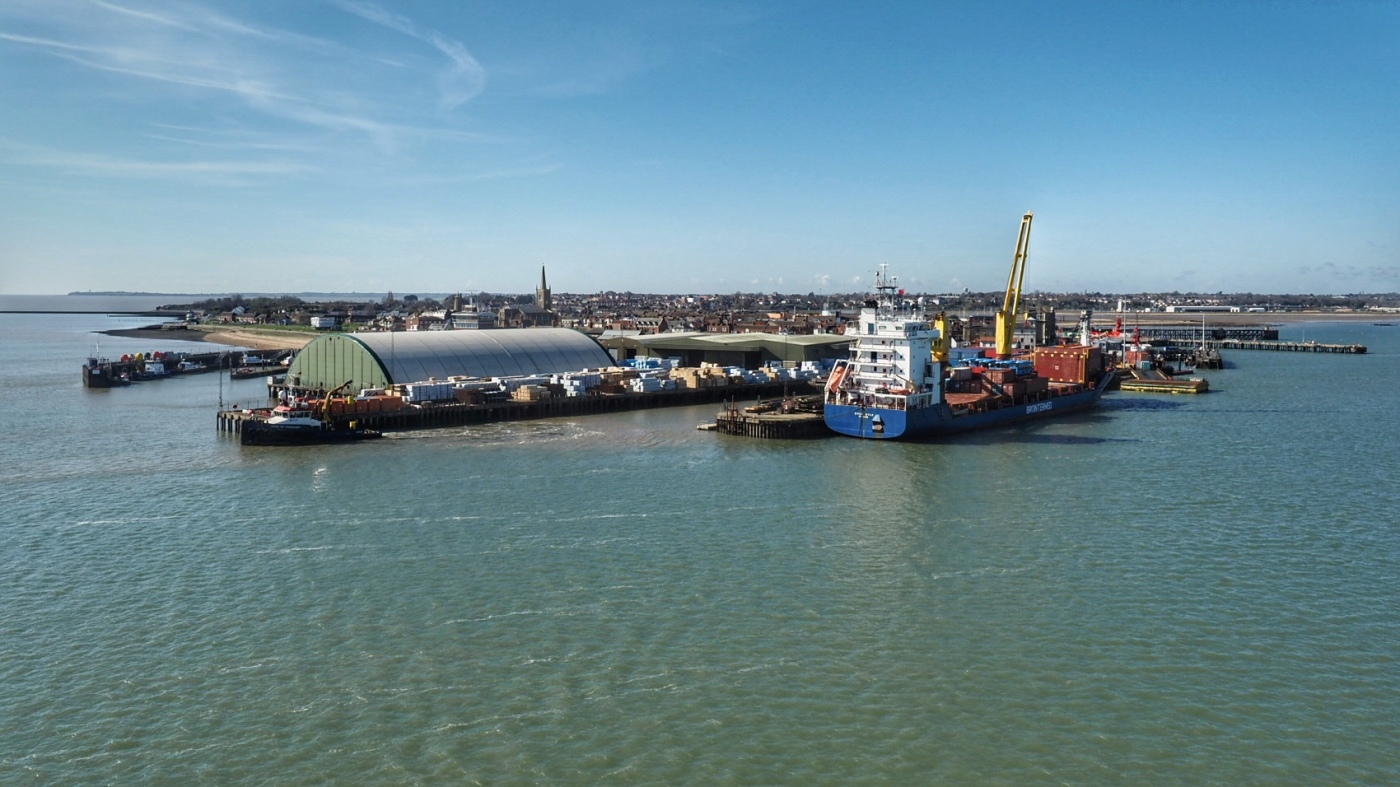 It’s been a long 24 hours with some ups and downs. John got away from work quickly for a change and was home by 3.45. He had a brew, put the bikes on the back of the van and changed, and we were ready to leave within the hour.

The drive to Harwich was estimated to take 5 and a half hours but we’re generally a bit slower in Bertie the campervan, plus we’d need to stop for some food. The first half of journey was good and, fortunately for us, all the tailbacks were in the opposite direction.

When he was ready for a break, John parked Bertie with the trucks at Leicester Forest East services. After a burger and coffee we were back on the road. As we left the M1 and joined the A14, the sat nav estimated that we still had 2.5 hours to go, but our ETA seemed to get later and later, as the sky got darker and darker. At one point there was lightning, as well as heavy rain and sleet!

Just when I thought we were getting there, signs appeared saying the A14 was closed for several junctions after Cambrdge. We were diverted through Newmarket which must have added another 20 minutes to the journey as we crawled around roundabouts and through traffic lights. Not used to late nights after 2 years of 10 o’clock bedtimes, I was tired and grumpy but, luckily, John was fine.

By now, we had 70 miles to go and our ETA was 11.30. I hoped we could find somewhere safe to park up and sleep. I cheered myself up by eating a Creme egg and switching on the fairy lights. And, thankfully, we found we could park and sleep at the ferry terminal, safe in the company of other campervans and motorhomes.

We had just 4 hours of disturbed sleep because the guy in the motorhome next to us started his engine at the crack of dawn and moved to the check in lane, despite the desk not opening until 7! We had a cup of tea in bed, washed, dressed, ate brekkie and packed our day bags before moving. And we still ended up next to him, at the front of the boarding queue, and later we left the ship together!

We boarded the Stena Hollandica at about 8.30. After parking up, we found the restaurant but they wouldn’t let us book until later in the crossing. Then we found our cabin and couldn’t get in because our key card wouldn’t work!

Thankfully, everything was sorted out eventually. We were pleasantly surprised by the cabin and our 3 course lunch was lovely, washed down with a bottle of white wine, which we slept off back in our room.

After disembarking we’ve driven through The Netherlands for a couple of hours, the roads getting steadily quieter as we left the busy port at the Hook of Holland.

We’re staying at Camperplaats Indevert Lottum, which is lovely and peaceful so we should get a good night’s sleep. It’s not far to Germany now, where we begin our adventure properly.